German Chancellor Merkel travels to Turkey to discuss new measures to manage the refugee influx into the EU. The meetings come as tens of thousands of refugees are hoping for asylum along the Turkish-Syrian border. 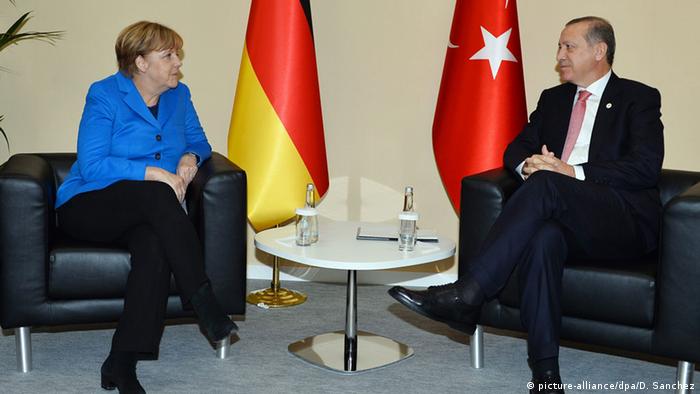 Merkel will hold talks with Turkish Prime Minister Ahmet Davutoglu and Turkish President Recep Tayyip Erdogan in the capital Ankara, hoping to find solutions to slow down the refugee flow. Merkel has strongly endorsed last year's EU deal with Turkey, which would see Turkey receiving 3 billion euros ($3.35 billion) in aid in exchange for Turkey helping Europe to protect its borders.

The agreement, signed in November 2015, intends funds to flow towards the care of the 2.7 million Syrian migrants already in Turkey. But in the last week alone tens of thousands of fresh Syrian refugees have arrived at the border with Turkey, many seeking safety from the bombing of the city of Aleppo.

Turkey has closed its border in response to the latest influx, saying it couldn't deal with such a sudden increase in refugee numbers. With pressure mounting, Turkey might reluctantly open its borders again despite claiming that it has reached maximum capacity for housing migrants.

The Turkish leadership had already declared after the signing of last year's agreement that the EU funds earmarked for Turkey's containment of the refugee crisis would not be sufficient. It is not clear whether the subject of further aid agreements will be featured during Merkel's meeting.

Countless refugees made their way into Europe via Turkey last year, with Germany accepting more than 1.1 million people seeking asylum in 2015 alone.

Merkel looks to Turkey for help to deal with migrant crisis

Chancellor Angela Merkel and her colleagues are meeting their Turkish counterparts to press for more action to reduce the number of migrants arriving in Europe. Turkey has said it is seeking solidarity. (22.01.2016)