Central Asia′s intensifying water dispute | Asia| An in-depth look at news from across the continent | DW | 12.09.2014 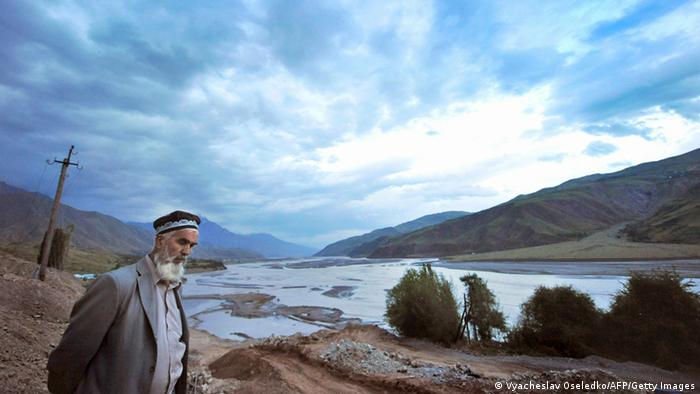 Water management in Central Asia has long been a controversial issue. It is a region where major rivers cross international borders and water and energy production are closely intertwined. In 2012, a dispute over water resources risked provoking military conflict among the former Soviet republics, due to plans by Kyrgyzstan and Tajikistan to dam rivers for hydropower projects. Uzbekistan, Central Asia's most populous country, depends on the rivers that rise in these neighboring countries to irrigate farmland and it has long been opposed to plans to revive Soviet-era projects to build dams upstream.

In a recently released report, the International Crisis Group (ICG) says that political rivalries, nationalism and mistrust have also been increasing tensions. The paper titled Water Pressures in Central Asia, examines the impact of water issues on shared border areas in the volatile Ferghana Valley; water shortages in urban areas; and competing water and energy needs among the three riparian states.

Deirdre Tynan, Central Asia Project Director at the International Crisis Group, co-authored the report. In a DW interview, the analyst says that the water dispute in the region is increasing the risk that people will seek radical alternatives to the current systems they live under. At the very least, she adds, if the governments fail to resolve their water issues, economies will stagnate and their foreign relations with neighboring states will worsen.

DW: What are the main findings of your report?

Deirdre Tynan: Previous water sharing agreements, largely modeled on the Soviet-era arrangements, are not working. Kyrgyzstan, Tajikistan and Uzbekistan have different priorities for water. Relations between the three states are complicated by other factors such as border tensions and internal issues such as poverty and corruption. 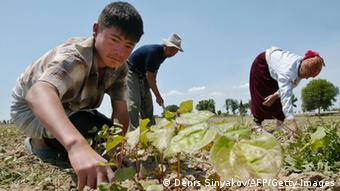 These countries should pursue modest bilateral agreements on shared water. If bilateral agreements can be brokered, they could eventually form a platform for a regional one. If water issues could be resolved, it would go some way to reducing tensions between the states, along their borders, and help raise overall living standards.

What is at the root of the water conflict in Central Asia?

Uzbekistan needs water for agricultural irrigation as the cotton sector is the backbone of the Uzbek economy. But Kyrgyzstan and Tajikistan want new hydropower plants to produce electricity not only for domestic consumption, but also potentially for export. This is a priority for them as they have little else they can export.

How scarce is water in Central Asia?

Water is not scarce, but it is badly managed. Enormous amounts of water are wasted through crumbling infrastructure and outdated irrigation methods.

DW Akademie and the OSCE Academy have co-organized a summer school program for journalists in Bishkek. Workshop trainer Lydia Rahnert reports on civil courage and new media freedoms in Kyrgyzstan. (13.08.2013)

Why have the governments of these countries been unable to reach a compromise?

The reason for this is that their domestic economic priorities are entrenched. Water - be it for use in the Kyrgyz or Tajik energy sectors or the Uzbek agriculture sector - is about money. Cotton is the main cash crop in Uzbekistan and the government relies on this income. In Kyrgyzstan and Tajikistan the possibility of producing enough electricity to export is one of the few lights on the horizon.

What may happen to Kyrgyzstan if this issue isn't solved?

Kyrgyzstan is a politically unstable country and the vast majority of citizens are poor. The perception that the government is ineffective because there is not enough electricity or because living conditions are worsening played a role in garnering public support for the ousting of two presidents in 2005 and 2010.

This scenario could repeat itself. Along Kyrgyzstan's borders, ethnic tensions are growing and have the potential to turn violent. The country's second city, Osh, in southern Kyrgyzstan, faces a winter with no gas and limited electricity. The government in Bishkek has struggled to maintain authority over the south of Kyrgyzstan and it is increasingly hard for them to do so when basic public services are in disarray.

What could be the consequences of failing to reach an agreement?

Kyrgyzstan, Tajikistan and Uzbekistan are weak states in different ways, but they all have poverty and political disenfranchisement in common.The risk is growing that people will seek radical alternatives to the current systems they live under. At the very least, if the governments fail to resolve their water issues, economies will stagnate and their foreign relations with neighboring states will worsen.

Border conflicts are increasingly militarized. The Ferghana Valley region is ethnically diverse and likely to be the site of any confrontation between the states. Conflict in this area would likely spark a chain reaction in each state, and none of them have the capacity to deal with the potential fall out.

How much of an impact is the water dispute having on the people in the region? 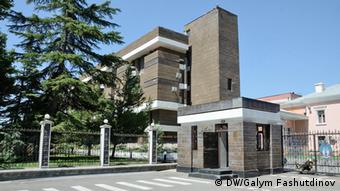 Tynan: 'Conflict in this area would likely spark a chain reaction in each state, and none of them have the capacity to deal with the potential fall out'

It already impacts people in a significant way. Living standards are very poor. Water provision is sub-standard, winters are cold, gas and coal are expensive and for the past number of years the supply of electricity has been failing across these three countries. Blackouts are the new normal in both rural and urban areas.

How do you expect this issue to be resolved?

Infrastructure needs to be modernized and Uzbekistan needs to develop modern irrigation techniques. The Syr Darya and Amu Darya should be the subject of separate agreements. Eventually, these agreements could form the basis for a regional one. In the short term, the countries need to de-escalate tensions on their borders.

A common development strategy for agriculture and energy is the ultimate goal, but in the interim these countries and their international partners need to commit to resolving Uzbekistan's objections to proposed hydropower projects in Kyrgyzstan and Tajikistan. To start this process Kyrgyzstan and Tajikistan should outline how they plan to manage these reservoirs in a way that is beneficial to everyone.