The Shanghai Cooperation Organization is planning to expand and become an alternative to Western-dominated international institutions. But experts say a lack of resources may hinder the process. 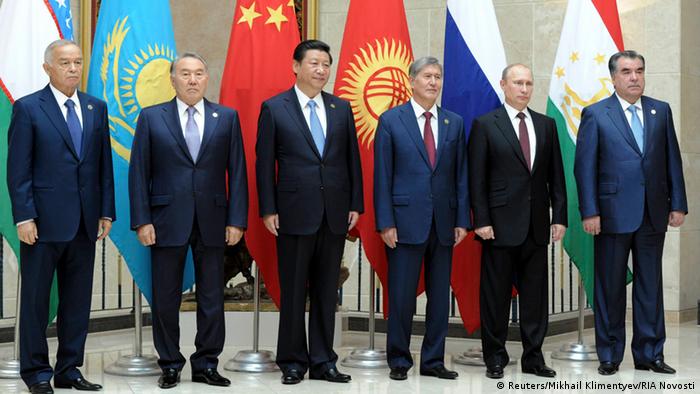 The 13th annual summit of the Shanghai Cooperation Organization (SCO) is set to start on Friday, September 12 in Tajikistan's capital Dushanbe. The two-day forum will be attended by regional leaders, including Russian President Vladimir Putin, and his Chinese and Iranian counterparts, Xi Jinping and Hassan Rouhani.The SCO is an intergovernmental organization of Central Asian countries aiming to promote cooperation between its six member states: Russia, China, Kazakhstan, Uzbekistan, Kyrgyzstan and Tajikistan.

Topping the agenda are plans to expand the alliance: India, Pakistan, Iran and Mongolia, - all countries with observer status - are expected become members. Should this happen, the group would then control 20 percent of the world's oil and half of all global gas reserves. On top of that, the bloc would represent about half of the world's population.

The SCO's main goal has been to serve as a forum to ease tensions in the region. In the organization's 2002 charter "confidence-building measures" were set as the alliance's first priority. A key aspect of this strategy is the fight against the so-called "three evils:" terrorism, extremism and separatism. Moreover, the members of the group are encouraged to engage in economic and technical cooperation.

Russia and China strive first and foremost for stability. To achieve this, a steady bilateral relationship between the region's two dominant powers is necessary, says Enrico Fels analyst at the Germany-based Center for Global Studies of the University of Bonn.

For a long time, Russia had been a declining power in Central Asia, while China was on the rise; so the SCO served as a way to coordinate regional interests, helping reduce tensions between the two countries.

Simultaneously, Central Asia is of strategic importance to both nations, as the maps shows. While Moscow feels threatened by the expansion of NATO and the European Union on its western border, China - the world's largest exporter of goods and one of the largest importers of raw materials - is highly dependent on its ports. Beijing is under pressure in the east from the United States and its regional allies, Japan and the Phillipines.

Analyst Fels summarizes the situation by saying that given the outside pressure exerted on both countries they feel like they must get along in Central Asia. Stability in the region is also key to protect Russian and Chinese economic interests. Both countries depend on a functioning infrastructure, such as pipelines and railways.

China not only imports gas and oil from Russia and Central Asia, but it is also the largest supplier of goods in the region. Not least, both Moscow and Beijing do not want Central Asia to become a location for Western military bases - namely American - as it once was.

There is no Central Asia perspective, as Beate Eschment, analyst at the Research Center of East European Studies at the University of Bremen told DW. The countries' interests are pointedly different: while Kyrgyzstan and Tajikistan are economically and militarily dependent on Russia, Turkmenistan – which is not a member of the SCO – isn't, as it is trying to maintain as neutral a position as possible, says Eschment.

Furthermore, Uzbekistan is pursuing a completely different policy, sometimes leaning towards Russia and sometimes towards China. At the same time, "the leadership of the biggest and both militarily and economically strongest country in Central Asia - Kazakhstan - is Russophile," says Eschment.

However, there are huge tensions between the two, as the Kazakhs are wary of too much Russian interference. Given the situation in Ukraine, Astana is afraid of a possible annexation of their northern territories by Moscow, since the area is home to a large Russian minority. As such, China may have an advantage in these countries, as it is seen by their leaders as having only an economic interest in them, Eschment adds.

What links all SCO states – whether members or observers – is the rejection of Western-dominated institutions, be it the United Nations, World Bank or the International Monetary Fund, which are all US-based. "The SCO, like the BRICS with the establishment of their Development Bank, sees itself as a forum against the global order," says Fels. 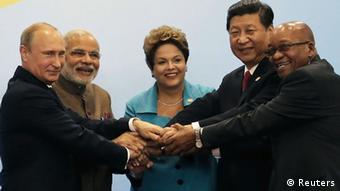 The SCO sees itself a forum against the traditional global order, much like BRICS group

"I don't think that the SCO will be an anti-NATO or an 'OPEC with bombs,'" the analyst says. Their approach, he adds, is comprehensive and based not only on a military alliance, but also on economic ties and soft power.

In spite of this, Fels says that "very little else has been done beyond letters of intent and military exercises." The reason for this is that the SCO is poorly equipped, he says: "They want to cooperate and have geostrategic operations. But the question is how many resources will be allocated for this?"

Moreover, they work along the principle of non-interference, which has long dominated Chinese foreign policy. However, this approach can only go so far when applied to an international alliance. For instance, when violent conflicts between ethnic Kyrgyz and Uzbeks in Kyrgyzstan broke out in 2010 - claiming the lives of 2,000 people and leading to the displacement of hundreds of thousands - the SCO decided to follow the non-interference principle and remain, by and large, passive.

The Ukrainian leader of a of pro-Taiwan caucus of lawmakers in Kyiv has said China is "proving to be a friend of our enemy." He added Taiwan could play a role in rebuilding Ukraine.