Can the two Koreas find common ground on halting deforestation? | Asia | An in-depth look at news from across the continent | DW | 07.02.2022

Can the two Koreas find common ground on halting deforestation?

Seoul hopes collaboration with Pyongyang on environmental issues will help open doors for dialogue and save the Peninsula's forests. 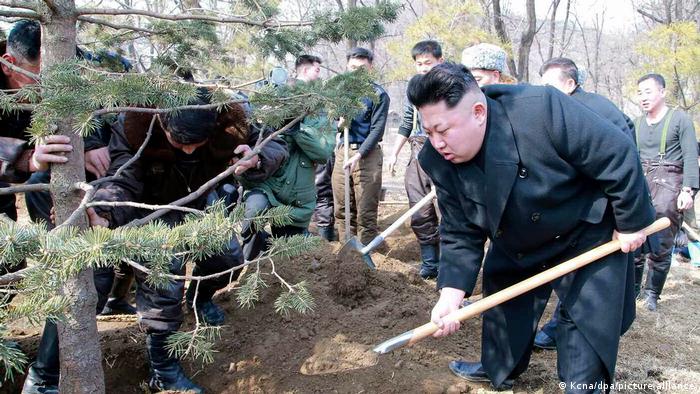 As South Korean President Moon Jae-in prepares to depart the Blue House next month, his administration is making one last push to engage with the North and, potentially, lay the foundations of improved bilateral ties for his successor.

Cross-border relations have been effectively nonexistent for the last 18 months. But during his keynote speech at the COP26 summit in the Scottish city of Glasgow in November, Moon offered an olive branch in the form of aid and knowledge on how to regenerate North Korea's badly denuded forests.

He reiterated a commitment reached when he held talks with Kim Jong Un in Pyongyang in September 2018 to work together to protect and restore the ecosystem of the entire Korean Peninsula.

Reaching out to the North

In late January, South Korean Unification Minister Lee In-young called on Pyongyang to send representatives to Seoul for a meeting of the World Forestry Congress in May. The minister said the meeting would enable the two sides to discuss ways for Korean Peninsula forestry to cooperate "in more detail."

North Korea's isolation makes it difficult to accurately estimate the scale of deforestation.

Visitors flying into Pyongyang from China have in the past noted the sudden transition from green and thriving farmland and densely forested uplands on the Chinese side of the border to a more barren landscape south of the Yalu River.

In a paper submitted to the Journal of the Korean Forest Society in 2019, Professor Chung Song-hak used satellite images to determine that forests accounted for 45% of North Korea's 12 million hectares.

Comparing that data to earlier years showed that forest coverage had declined by an average of 0.8% between 2001 and 2015, but then started to show a gradual recovery of 0.4% per year until 2019.

North Korea's deforestation has mainly been caused by "processes to directly resolve shortages of food, energy and raw materials from the surrounding forests," Kang Kyu-suk, a professor at the department of forest sciences at Seoul National University, told DW.

Typically, rural communities in North Korean have had to rely on their surrounding environment for fuel to keep their homes warm during the brutally cold winter months as well as for construction materials.

Deforestation worsened notably in the years of what is euphemistically known in the North as the "Arduous March."

As many as 3 million North Koreans died during the mid-1990s from a combination of chronic economic mismanagement, the collapse of the country's food distribution system, and other Communist states halting aid supplies.

Those who survived plundered their surrounding regions for food and fuel, and that had a negative impact on the environment, Kang explained.

"Excessive use of the forests weakens their function of providing a supply of water, preventing soil run-off and supplying wood and fuel, which results in a poverty trap whereby food, water and energy provisions all deteriorate," he said.

Indiscriminate clearing of forests for agriculture land and for timber to earn foreign currency for the regime has backfired, he added.

Deforestation has worsened flooding in the North, damaged arable land and impeded irrigation and the generation of hydroelectric power. 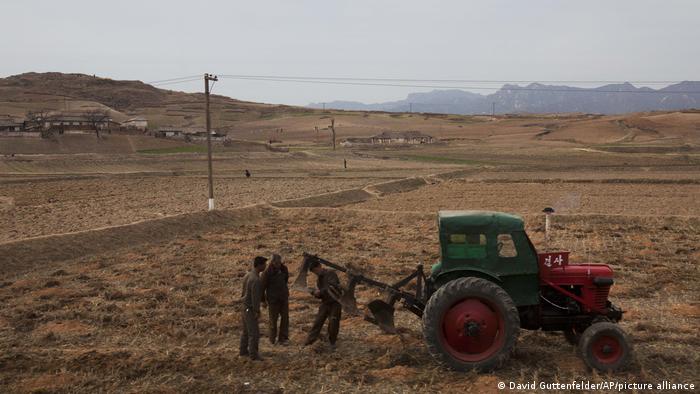 It appears, however, that the North has recognized the scale of the problem and is taking steps on its own to reverse the negative impacts of reduced forest cover.

Soon after he assumed control of the state in December 2011, the North Korean ruler introduced measures designed to protect the environment.

In 2012, the cultivating of crops on hillsides steeper than 15 degrees was banned to halt erosion and landslides.

In February 2015, Kim gave a speech in which he called on senior party officials and the army to "make green forests on the mountains of our country and make the entire mountain a golden treasure."

Sensing an opportunity, Moon has offered considerable assistance, providing fertilizers, pesticides, equipment, and tree nurseries. Seoul says it's also ready to provide seeds as soon as deliveries can be arranged.

Na Yong-woo, a research fellow in the division of humanitarianism and cooperation at the Korean Institute of National Unification, said he is "optimistic" Pyongyang will accept Seoul's assistance to help with the North's problem with deforestation.

"If the North really wants to develop its economy, then it needs to cooperate with other nations, including South Korea," he told DW. "We know its relations with many countries are not good at the moment, but change will finally have to come."

Forestry is arguably the ideal area of cooperation in the immediate term, he said, as it has less political implications and is a positive for the environment of the Korean Peninsula and on a global scale.

"I believe forestry has the highest possibility of cooperation between the two Koreas because we know that it is a matter of concern for the North but it is not controversial," he said.

"The North has experienced a number of natural disasters in recent years and they know that climate change is a problem. Better forestry resources can improve their environment, and we know that they realize that."

Cranes in the Demilitarized Zone