Can Russian discounter Mere beat Aldi and Lidl at their own game? | Business | Economy and finance news from a German perspective | DW | 20.03.2019

Can Russian discounter Mere beat Aldi and Lidl at their own game?

Russian discount grocer Mere wants to conquer Germany with its low prices. The new supermarket is selling half a kilo of coffee for less than €2, almost half the price of Aldi and Lidl, but not everyone is convinced. 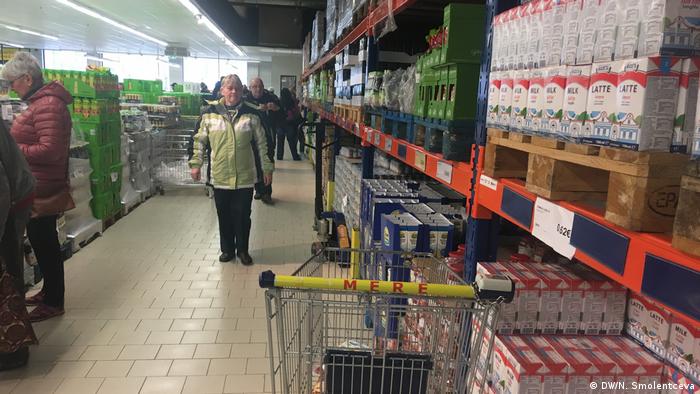 Cardboard boxes sitting on wooden pallets are the first thing you notice when you enter Mere. The newly opened Russian discount grocer on the outskirts of Leipzig looks more like a warehouse than a supermarket. Inside the boxes is fruit juice from the Czech Republic; and in the fridges, sausages from Hungary.

The groceries and non-food items sold at Mere are some 20 percent cheaper than Aldi and Lidl. Yet while its German competitors have several thousand shops across the country, Mere, so far, has just one.

It's Friday morning. Around thirty customers are strolling around the shop, peeking inside the boxes. Ramona and Madlen, who live nearby, are here for the first time. "Before it was so full we couldn't even get inside," they tell DW. "The lines would stretch until the entrance; people were even queuing outside."

Russian retail giant Torgservis' first foray into Germany at the end of January made news not only in Leipzig. Less than a week after the company's discount brand, Mere, opened, the store had to close for two days when its entire line of stock sold out. The hype has since passed. Some customers never came back; others became regulars. 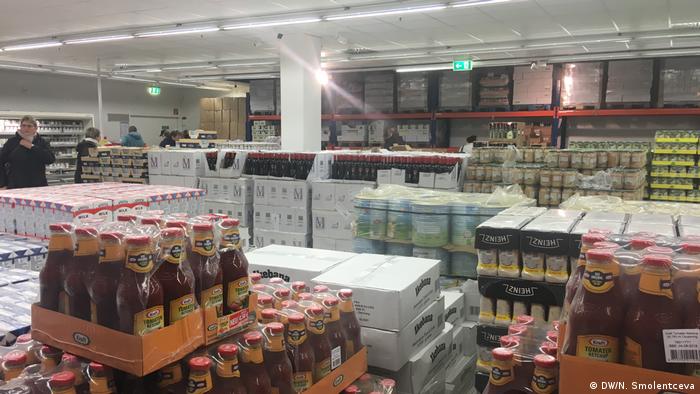 In Mere, groceries are sold directly from their boxes

Cornelia comes here every week to buy groceries for her family. "For people who don't have that much money it is a very cheap alternative," she says. "You can't do your complete week's shopping here, but you can get meat, sausages and canned goods at relatively low prices."

With its goods crammed into boxes on the floor, Mere reminds many customers of how German discounters used to lay out their stores. "It is exactly like Aldi used to be," says another customer, Stefan, nostalgically. "I bought some coffee here … for €1.97 ($2.23) , and it's drinkable!"

From Siberia to Germany

Mere's owner, Torgservis, is headquartered in the Siberian city of Krasnoyarsk. It has more than 800 discounters under the brand Svetofor (Russian for "traffic light") mostly in small Russian towns and cities but also in Belarus, China and Kazakhstan. The hard discounter's business model has proved very popular in Russia, mainly due to the economic difficulties of the past few years.

Recently the chain expanded west. The name Mere was used in Romania, and although Poland should have followed, Torgservis moved to Germany instead and set up a subsidiary, TS Markt, in 2017. 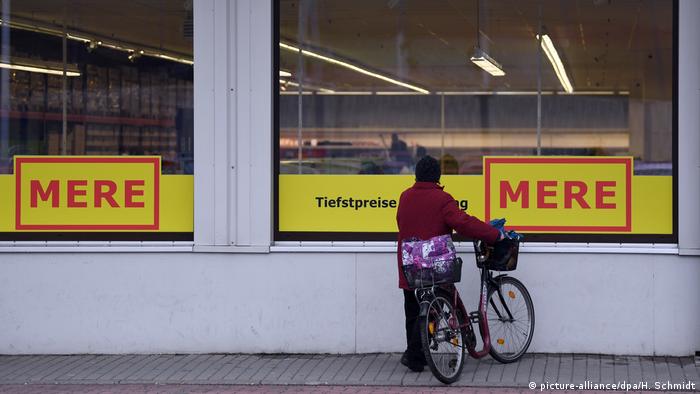 The owners of Torgservis are media shy, and they don't invest much in marketing. Their German sister company has adopted the same strategy. A company representative told DW: "We are not interested in advertising, we haven't invited the press, we wanted to start as quietly as possible."

She confirmed that "the first shop in Leipzig is doing well" and they are "happy to see many customers."

TS Markt is already looking to expand. According to the company's website, they are searching for 800 x 1200 meters (2,625 x 3,940 feet) premises in cities with at least 80,000 inhabitants in eastern German states. Stores are already planned for Zwickau and Chemnitz. And its strategy to rise in the east is not accidental: after all, there is still a large income differential between western and eastern Germany.

A country of discounters

Germany has no lack of discounters though. "There is no other country in the world where the discounters have such a big share of the market as in Germany — at 40 percent," says Michael Gerling, Managing Director of EHI Retail Institute in Cologne. Germany has also succeeded in exporting the budget supermarket business model.

Discounters promise their customers low prices, which they do by saving on staff costs and rents, as well as by offering a limited stock. A typical discounter has on average 2,000-2,500 products, compared to five times as many at a regular supermarket. But German discounters have also had to adapt.

In recent years, their competitors have developed their own budget brands, so the price advantage was often minimal. "In the end, customers didn't know why they still needed to go to a discounter… so they had to change their strategy," says Gerling. 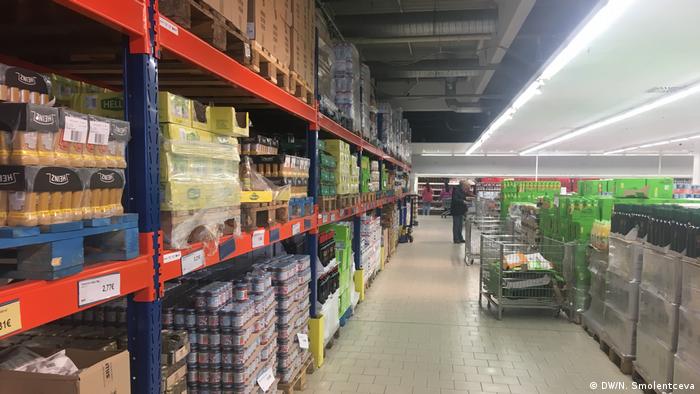 Discounters have, instead, moved away from the ‘cheap at all costs' method. They've spent more on lighting and design, hired more staff, stocked more brands and even put bakeries inside their shops. They won back their share of the market, but at the same time left open a niche for a really hard discounter to enter the German market. And that is where Mere is hoping to squeeze in.

The customers of Germany's discounters have also changed. Many come to supermarkets to find exactly what they are searching for and not to check today's special offers.

Low prices are no longer enough to beat the competition. A new discounter also has to offer good quality products, says Gerling. Recently, the German tabloid Bild carried out an independent survey of food quality and found out that at least one of the sausage brands sold in Mere was not safe for human consumption. The product quickly disappeared from the shelves.

German discounters are yet to see Mere as a potential competitor. Klaus Gehrig, the head of Schwarz Gruppe, which owns Lidl and Kaufland, said the new discounter has had no effect on the firm's turnover and predicted the speedy demise of their Russian competitor, reported German tech publication, CHIP.

Michael Gerling is sure that Aldi and Lidl are following the developments in Leipzig closely and will seek to lower prices for specific products if they find that Mere is stealing customers from them. But it is still early days.

Food costs in Germany are already relatively low, compared to other western European countries, which could mean that Mere will struggle to beat Lidl and Aldi with its "the lowest prices every day" concept.

Ecuador is the world's largest exporter of bananas. The fruit plays just as big a role as oil for the country's economy and its fight against poverty. Some German discounters seem to care little about that. (15.02.2019)

Why don't Aldi and Lidl deliver?

The eternal low price war between discount supermarkets has been blamed for stunting the growth of online groceries in Germany. But with their market share under pressure, could Aldi and Lidl finally start to deliver? (29.01.2018)

Will supermarkets in Germany ever embrace self-checkouts? 11.09.2020

For months, employers in the US have used cash rewards to entice workers to get vaccinated against COVID-19. Now the trend has come to Germany, bringing legal and ethical questions with it.