Workers and farmers who supply food to German supermarkets often face abuse and exploitation, Oxfam has said in a report. When it comes to fair trade, German retailers rank worse than their UK or Dutch counterparts. 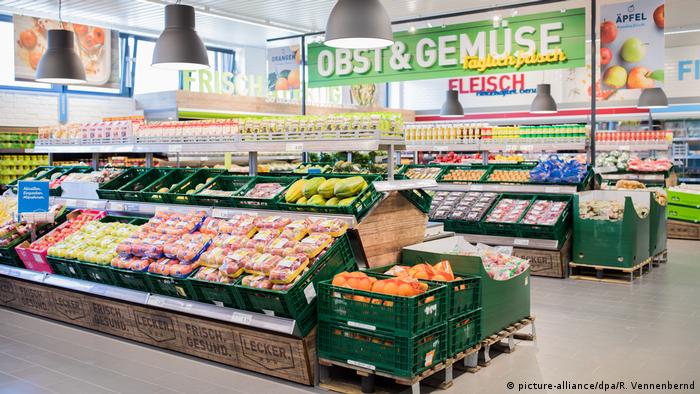 Giant supermarket chains in the West push their suppliers into cutting prices, contributing to the exploitation of global farmers and, in some cases, taking advantage of forced labor, the charity Oxfam said in a report titled "Ripe for Change" on Thursday.

"Millions of women and men who produce our food are trapped in poverty and face brutal working conditions, despite billion-dollar profits in the food industry," they said.

"It is one of the cruelest paradoxes of our time that the people producing our food and their families are often going without enough to eat themselves."

Germans at the bottom

The report looks into "unfair trading practices" pursued by the 16 biggest supermarkets in the US, the UK, the Netherlands and Germany. The four German chains – Aldi, Lidl, Edeka and Rewe – are performing worst of all, according to the report.

Out of prices paid by customers in Germany, the supermarkets keep over 50 percent. Small-scale farmers and workers get less than 8 percent, according to the data collected by the French research organization Bureau for the Appraisal of Social Impacts for Citizen (BASIC).

Food assemblies, an alternative to supermarkets

Food assemblies, an alternative to supermarkets

The workers' salaries are often not enough to cover living costs in their home countries. For example, workers involved in the production of green beans in Kenya earn less than half of the estimated living wage in that country.

According to BASIC, a fairer distribution of revenues could often make it possible for them to earn a living wage, even without raising consumer prices.

Also, people who work for the suppliers of German supermarkets face other severe grievances, including unpaid and forced overtime, forced labor, sexual harassment and "routine physical and verbal abuse of men and women workers." Union representatives are being dismissed or threatened with violence, and untrained workers forced to use highly toxic pesticides without protective clothing.

Specifically, Oxfam cites data on shrimp exporters in Thailand and Indonesia, who boast trade links with Aldi, Edeka, Lidl and Rewe, saying that workers were so underpaid that over 60 percent of women working there were "severely food insecure."

In both Thailand and Indonesia, workers reported that "toilet breaks and access to drinking water are strictly controlled."
Read more: German retailer Aldi set to build 2,000 homes above its Berlin stores

Oxfam commended the "Fairtrade" label for establishing a minimum price to be paid to producers, but said such products account only for a small fraction of their sales.

The report also praised a business model adopted by the UK's Sainsbury's chain and the dairy suppliers, with farmers receiving a guaranteed milk price and bonuses for good animal welfare.

Oxfam also demanded new EU laws to regulate unfair trading practices and incorporate a complaints mechanism. In addition, supermarkets and other companies need to be forced to "ensure respect for human rights in their supply chains," Oxfam said.

"Supermarkets cannot fix the global food system alone, but they can and should do a great deal more to be part of the solution and not part of the problem," the report concludes.