Can Gen Z handle inflation better than older generations? | Europe | News and current affairs from around the continent | DW | 22.05.2022

Members of Generation Z are facing record-high inflation rates for the first time in their lives, and those entering the job market are running into formidable hurdles. Will they fare better than their older peers? 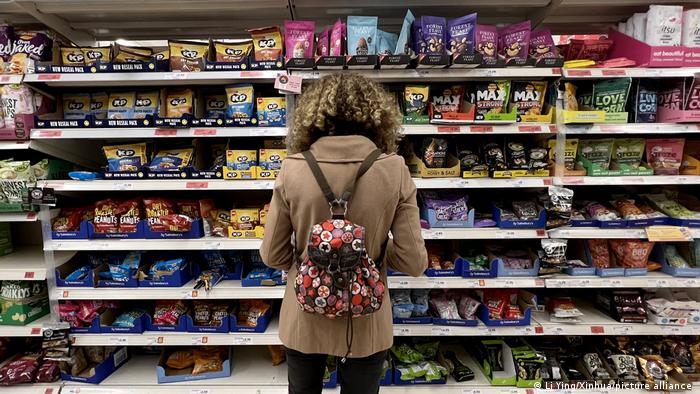 Younger people might be able to negotiate higher wages, but that may not be enough to keep up with inflation

"I always thought that by the time I reached this age I would have bought a small secondhand car, so I could drive to my grandmother's house in Bavaria and visit her more often," said Alia Hudeib, a 23-year-old Berliner, of the plan that she made in high school. She expected to pay for the car by working a student job. "Clearly It's not going to happen anytime soon," she told DW.

With the cost of living constantly climbing, Hudeib said her plan for a car is far from the only compromise in her life.

At the moment, she's doing vocational training in health administration and receives a monthly allowance of about €600 (around $630). To make ends meet, she also works a part-time job in a cafe. "My earnings aren't enough to buy the type of food I want, like healthy, organic food from local producers," she said. "With these prices, someone like me has to stick to the cheapest products in supermarkets."

In Germany, inflation has hit its highest level in decades. Data from the International Labor Organization shows that the rate of inflation worldwide in March 2022 had nearly tripled, compared to the previous year. What began as supply-chain bottlenecks caused by the COVID-19 pandemic and the war in Ukraine has now triggered an unprecedented surge in the price of essential goods, including fuel and food.

For Generation Z, people aged from 18 to 25, this is the first time in their lives they've experienced such rapid price changes. But how is it going to affect them?

Inflation hits everyone, but not at the same level

"Inflation impacts every individual differently," Professor Enzo Weber, a senior researcher at the German Institute for Employment Research, told DW. "That depends on factors such as lifestyle, consumption habits, and financial status."

For example, research by international organizations such as the World Bank shows that a high inflation rate usually takes a greater toll on households with lower income, while it can benefit asset owners.

The same goes for different age groups. Although there are individuals who suffer greatly from high inflation rates at every age, young people, in general, can be more flexible than older adults, which enables them to better absorb the blows of economic hardship.

Advantages to being young and resilient

Valerie Lorraine, a 24-year-old student, moved to her new apartment in Berlin a couple of weeks ago. She shares it with two other people. "My former landlord raised the rent of the flat I used to live in," she told DW. "I was lucky to find a smaller one, which is in my budget." Many of her classmates have been forced to move back with their parents or live somewhere further away from the city, she added.

"Most people in their 30s and 40s cannot cut down on expenses the way younger people do," said Weber. "For example, those with families cannot easily move to a cheaper flat, or relocate somewhere else to find better-paying jobs."

Plus, "young people often live in smaller houses, and consume less energy compared to middle-aged people," Weber said. "In some countries like Germany, most of them have no cars so higher gas prices have a lower direct impact on them. They therefore spend a smaller share of their income on energy."

Across industrialized countries in recent months, a labor shortage that began as businesses reopened from pandemic lockdowns has pushed up salaries.

That means people who want to enter the job market can choose the best-paying jobs, said Weber. "Especially if you are willing to learn new skills and try out new jobs," he added.

"It's much easier for someone in their early 20s to switch between jobs and go for a better one, than for someone who has spent a decade or two in a certain career," he said. 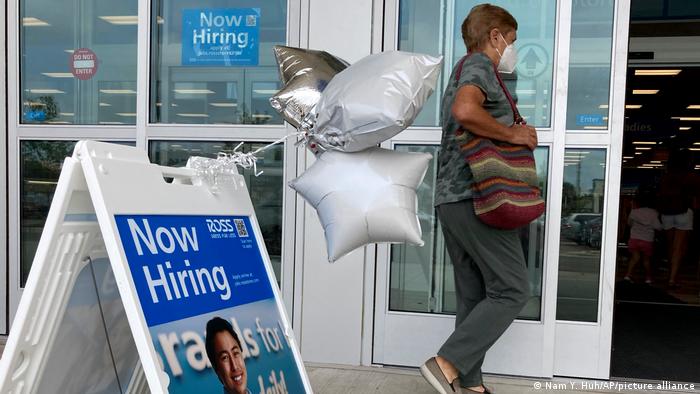 Rising salaries in Germany, the United States and the United Kingdom have failed to keep up with inflation

Can jobs and salaries save Gen Z?

Students and high school graduates in industrialized countries might be able to get through the inflation by cutting down on some of their expenses and renegotiating their salaries, but that's not the whole story.

Most young people don't own assets, like property, that grow in value with inflation. With real estate prices surging, many of them might never be able to buy one.

Across bigger economies such as the United States and the European Union, there are serious doubts about whether the rise in wages is enough to compensate for the increase in prices. According to German official data, the average real wage, or the purchasing value of the salary, has decreased despite a rise in the amount of minimum wage. US data shows a similar pattern.

Older members of Gen Z must first try to make up for their losses during the pandemic. Two years of periodic lockdowns have irreversibly damaged the perspectives for a large number of young graduates worldwide by preventing them from entering the job market on time. And a slower start can reduce earnings. A 2017 study found that one month of unemployment between the ages of 18 to 20 caused a permanent income loss of 2% throughout a person's working life.

"We are living in a period of fundamental transitions," said Weber. "Our technologies, jobs, and job requirements are changing. That both imposes threats and offers opportunities.

"My advice to younger people is to look for different opportunities and keep an open mind," he said. "The less flexible you are, the more vulnerable you get to the worse damages of every calamity."

In poorer countries, the price of food staples has shot up, and there are no signs of post-COVID-19 recovery yet. That leaves little room for young people in those countries to be as resilient as their peers in the advanced economies. In Argentina, for example, food prices and unemployment rates have both been on the rise, while 25% of the youth remain jobless.

War in Ukraine is latest threat to millennial finances

The global financial crisis and the COVID-19 pandemic has prevented millennials from building wealth. With the war in Ukraine set to impact global economies, will this generation ever find financial stability?