When the finals of this year's Eurovision Song Contest kick-off in Lisbon next month, Thomas Schreiber, coordinator for Germany’s competition entry, hopes that musical — and not political — voices take center stage. 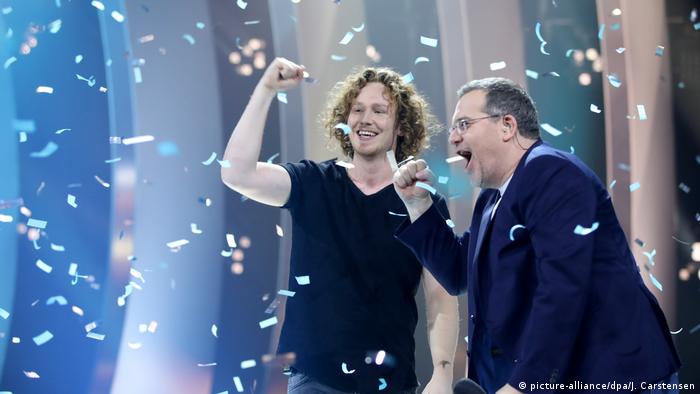 The Eurovision Song Contest (ESC) 2018 will soon kick off, the semi-finals scheduled for May 8 and 10, and the final on May 12. With the country representatives already selected, many are already touring through European cities to perform their songs in front of international audiences.

Traditionally, the ESC is a celebration of song that tends to shun politics. But given the current tensions between Russia and western Europe over the war in Syria, for example, some observers wonder whether the ESC will succeed in staying apolitical.

Last year when the ESC took place in Kyiv, Ukraine, Russian singer Julia Samoylova was banned by the hosts because she had performed in Crimea after it was annexed by Russia in 2014.  But while Russia then withdrew its participant, Julia Samoylova will represent the country in Lisbon this year. 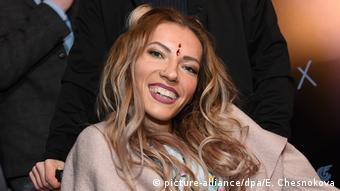 In 2016, Ukrainian singer Jamala won the ESC with a powerful, albeit controversial, song about the expulsion of Crimean Tartars under Stalinist rule. While the entry was almost excluded from the contest under the "no politics" rule, the singer was able to convince ESC officials that the song was simply about her own family's history.

Another political song that made it into the contest was the 1982 German winner by Nicole, "Ein bisschen Frieden" ("A Bit of Peace"). The song was a plea to end the ongoing nuclear arms race between the US and the Soviet Union yet still took the top prize.

Will similar tensions ongoing to this very days, will it be possible to focus only on the music at this year's Eurovision? That's what DW's Andreas Brenner asked Thomas Schreiber, who is responsible for Germany's ESC contribution.

DW: Over the last few years, the Eurovision Song Contest has been partly overshadowed by wider political debates. Will this also be the case in year's contest in Lisbon?

Thomas Schreiber: In these times, that's very hard to judge. I hope that the contest will focus on music, the artists and their songs. But we don't know what will happen until then. There's a lot going on right now in world politics. And yet I believe that we won't witness controversies of the kind that took place during the last few years. I think that the Eurovision Song Contest in Lisbon will be a purely musical contest, and not a political one.

To what extent did the political discussions of the last few years, including the entry ban of a Russian singer in the Ukraine last year, affect the contest? 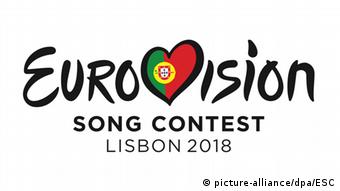 I don't think that the debates did any damage to the ESC and the contest as such. But they did play a role, and in the end, they showed how important the Eurovision Song Contest is as a platform for many different people and their interests. If there were only political debates, then this would kill the contest. But if such debates come up once in a while — and there could be a wide variety of themes — then they rather show that the contest is seen as an important event. Whether or not the ESC really has that significance, or whether it's "only" an entertainment event on television, that's a different question. 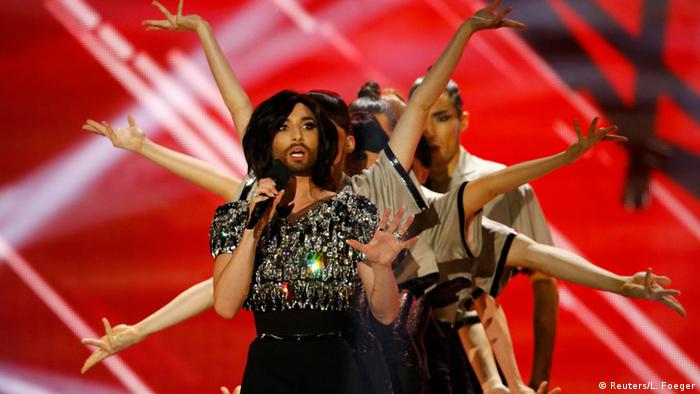 There have been numerous discussions in Germany about the lack of success of German participants. tell us about the changes to the complex preliminary rounds in Germany, and  about Michael Schulte's victory.

I'm very pleased about Michael Schulte's victory on a national level. Three groups were involved in the preliminary rounds, consisting of a total of 20 international jurors, as well as 100 people who represented the taste of European audiences, and also German television viewers played a role. All three juries decided in favor of Michael Schulte.

It was a very clear outcome showing that German viewers who called in, as well as international experts, unanimously decided in favor of this very authentic artist and his very personal song. In our view, that's a very positive sign. Besides, our international jury consisted of high-ranking experts from various countries, as well as some artists who have themselves been successful at a ESC contest.

A successful professional pop musician with a convincing rendition of a very intimate song: the northern German was the clear favorite at the country's national finals for the Eurovision Song Contest. (23.02.2018)

A punk rock vocalist has criticized two award-winning artists for invoking Auschwitz to describe their "defined" bodies. The hip-hop artists have distanced themselves from anti-Semitism after public outrage in Germany. (13.04.2018)

Eurovision and the also rans