Eurovision winner Conchita Wurst has revealed he has been receiving regular treatment for HIV for several years. The Austrian singer said he was forced to share his diagnosis after being blackmailed by an ex-boyfriend. 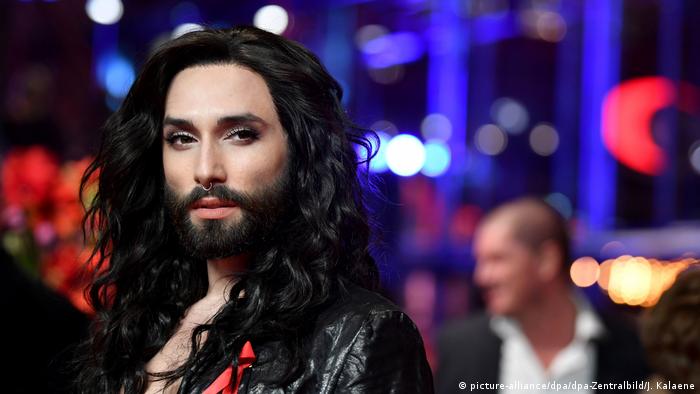 Austrian Eurovision winner Conchita Wurst revealed in an Instagram post on Sunday that he has been receiving treatment for HIV for several years.

The 29-year-old singer said he had not intended to make the diagnosis public, but had been forced to do so because of threats from a former boyfriend.

"I have been HIV positive for many years," Wurst wrote on Instagram. "This is actually irrelevant to the public, but an ex-boyfriend has threatened to take this private information public and I will never give anyone the right to frighten me and influence my life because of it." 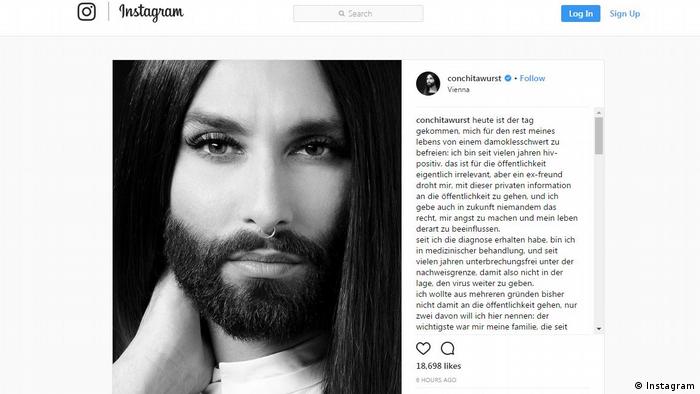 Wurst added that the virus was below the detectability threshold and could therefore no longer be passed on.

"I hope to give others courage and to take another step against the stigmatization of people who, through their own behavior or that of others, have become infected with HIV," Wurst said.

Wurst, who is the alter ego of drag artist Tom Neuwirth, rose to fame after winning the 2014 Eurovision song contest with the song "Rise Like a Phoenix."

Wurst sought to reassure the public about his health, writing "I'm well and I'm stronger, more motivated and more liberated than ever. Thank you for your support!"

The singer is scheduled to host the Amadeus Austrian Music Awards and is also working with the Vienna Symphony Orchestra on a new album entitled "From Vienna with Love," due out in October.