Drag queen Conchita Wurst won the Eurovision Song Contest - the victory for Austria in the competition for almost 50 years. But it is also a victory for all of Europe, says DW's Nadja Scholz. 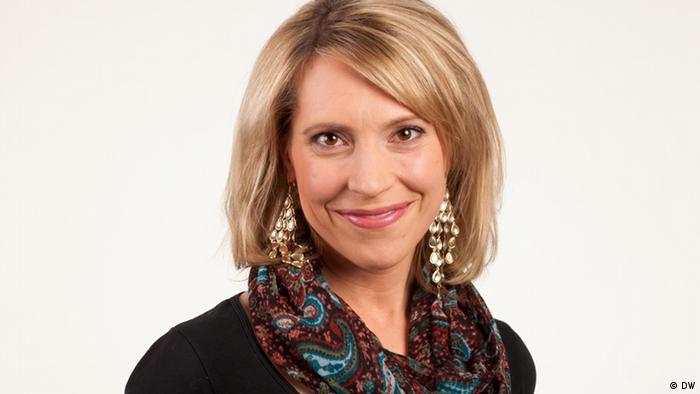 Political statements are supposed to be taboo at the Eurovision Song Contest. At least officially. But sometimes it doesn't take a direct speech to convey messages. This year's winner Conchita Wurst made a statement for tolerance with her performance alone. Her vote was a referendum for the freedom of sexual orientation and against homophobia.

The audience of this year's European spectacle made an unambiguous statement. The slim, shapely diva with her glittering ball gown - and full beard - ran away with an incredible 290 points. Her outward appearance is as fascinating as it was confusing - a well-calculated provocation.

By creating persona Conchita Wurst, the 25-year-old Thomas Neuwirth has made his personal concerns into a social issue. He is gay himself, and suffered discrimination in his own youth. After the win, the bearded diva said of her victory: "It showed me that there are people out there who want to go into the future, and not step back and think in the past." That is a statement with a lot of politics behind it - and it asks the question of which values should be strengthened in Europe.

In any case, a pan-European competition where nations give each other points via telephone voting can never be totally without politics. With events in Ukraine in the background, it is clear how difficult it is to separate artistic performance from the political situation. The Russian entrants produced a solid performance, but the Copenhagen arena was filled with boos whenever they were awarded any points.

On top of that, Conchita Wurst's appearance was in itself a provocation for Russia, where her participation triggered heated debates. Russian politicians and clergymen described her performance as "propaganda for homosexuality and depravity" in advance. Last year, Russia intensified its laws against gay people. But the voting also showed that Russia awarded the Austrian entrant five of a possible 12 points - not all Russians are homophobic, it seems, not by a long way.

Being different and looking different - these are traditional ingredients for success in Eurovision. But this time it was about more. Conchita Wurst's song asked the question: how open is European society? The vote gave us the answer: more open than many think.

Austria wins the Eurovision Song Contest for the first time in nearly 50 years. The recipe for success? A bearded cabaret artist with the alias Conchita Wurst, who can stop audiences in their tracks with her voice. (11.05.2014)

After two eventful rounds of semi-finals for the Eurovision Song Contest in Copenhagen, the frontrunners have now emerged in the world's biggest music competition. The finale takes place on May 10. (09.05.2014)

Germany's Eurovision competitors have settled in in Denmark - sort of. No matter how their folksy pop music goes over with the television audience and juries, their calendar is jam-packed in the ESC's aftermath. (09.05.2014)