Cameron alienates France and Germany over Turkey′s EU bid | Europe | News and current affairs from around the continent | DW | 28.07.2010

The idea of Turkey joining the EU continues to be an uncomfortable one for many in the bloc. British Prime Minister David Cameron has thrown his support behind Turkey's bid, setting the UK apart from France and Germany. 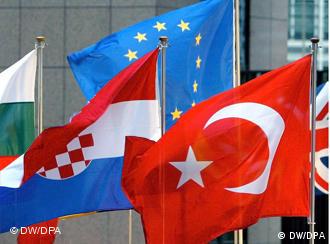 Large, poor and mysterious: Turkey is viewed with a certain amount of skepticism by many within the European Union

Turkey has a greater land mass than France, a population as large as Germany and is as poor as Romania. Yet it is the third point, the idea of Turkey being different or alien, that sticks. The unspoken sentiment is that Turkey is just not like the rest of the European club.

During his visit to Turkey this week, German Foreign Minister Guido Westerwelle tiptoed around the topic, reiterating that Germany places "great importance on deepening mutual ties and binding Turkey to Europe." The party line is that the German government does not support Turkey becoming a full member of the EU and instead promotes the idea of a 'privileged partnership.' 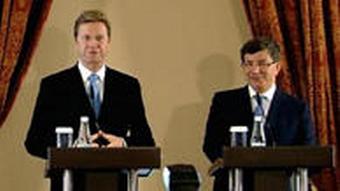 Westerwelle continued to support a 'privileged partnership' with Turkey

Westerwelle's words echo those of the Chancellor Angela Merkel in Prague last year who pushed for a "close connection" with Turkey, but certainly did not endorse Turkey's bid.

Merkel's counterpart in France, President Nicolas Sarkozy has been more direct in his approach.

"I don't think that Turkey has a place in the EU. On this question, my opinion has not changed," he said.

While Merkel and Sarkozy cannot change the fact that EU negotiations with Turkey started in 2004, they can continue to stall the process.

The negative views from France and Germany contrast strongly with the impassioned rhetoric of British Prime Minister David Cameron during his recent trip to Ankara. He dubbed himself Turkey's "strongest possible advocate for EU membership" and said he was "angry" at the slow pace of the accession talks.

His strongest argument for supporting Turkey's bid was the role the country has played in NATO and in defending the rest of Europe. 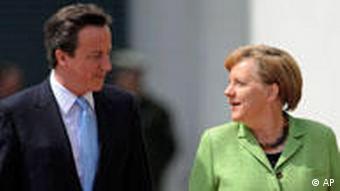 "I believe it's just wrong to say Turkey can guard the camp but not be allowed to sit inside the tent," Cameron said in Ankara.

The new prime minister's views jar slightly with many in Europe, who seem to be suffering from 'enlargement fatigue.' After welcoming 12 new members in the last six years and now with 27 countries together, it costs so much money and energy that no one can imagine adding yet another, bigger country.

The rumor-mill in Brussels suggests that Cameron's support may not be purely out of solidarity with Turkey, but a political move aimed at weakening the EU. British Euro-skeptics argue that by inviting more diverse members and enlarging the structures further, the traditional European cohesion begins to fracture.

Whatever Cameron's motivation, his words in Turkey look unlikely to move the accession negotiations along much faster. Turkey still has a long way to go before its laws and values fit in with the European standard. In fact things are moving so slowly, Turkey's bid is likely to be overtaken by those of Croatia and Iceland. Thus Turkey could miss out on being EU member number 28 or 29.

Germany's foreign minister has praised Turkey's role as mediator with Iran over its nuclear program. Guido Westerwelle arrived in the country after being quoted as saying that it wasn't ready for EU membership. (28.07.2010)

To make progress in membership talks with the EU, Turkey must implement reforms and support a solution of the Cyprus issue, Stefan Fule, the new EU Enlargement Commissioner tells Deutsche Welle. (29.03.2010)