Calls grow to change Japan′s laws on transgender people | Asia| An in-depth look at news from across the continent | DW | 24.03.2019

Transgender people in Japan have to undergo sterilization if they want to be legally recognized. Human Rights Watch is raising the alarm, saying the law is in urgent need of change. 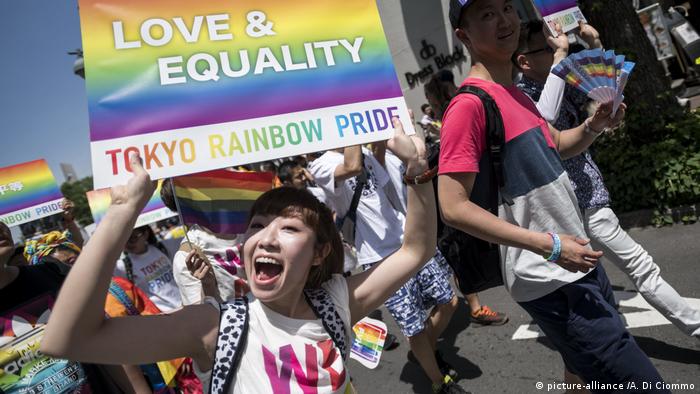 Should transgender people, i.e. people whose gender identity diverges from the sex they were born with, be sterilized before they can be accorded legal recognition?

Japan's legal situation is clear: At the start of the year, its Supreme Court clearly answered "yes" when it rejected a lawsuit brought by Takakito Usui.

Usui, who was born female but has felt male since birth, is seeking to be legally recognized as a man. This is theoretically possible in Japan, but only under very strict conditions: Usui would have to have his ovaries and womb removed, for example. The 43-year-old sees this as a violation of his rights as an individual, and also considers the ruling to be unconstitutional. The judges disagreed. 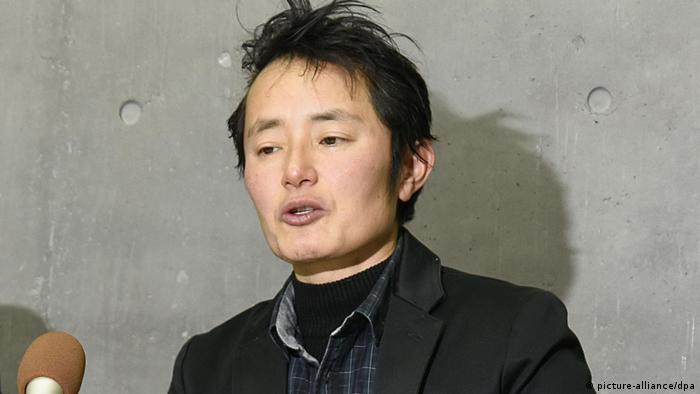 Takakito Usui is fighting to be recognized as transgender in his native country, Japan, without surgery

The director of Human Rights Watch (HRW) in Japan, Kanae Doi, is horrified by the ruling. "Japan should uphold the rights of transgender people and stop forcing them to undergo surgery to be legally recognized," she says. Doi explains that the law in Japan regards gender incongruence — when people feel the sex assigned to them at birth does not fit them — as a mental disorder and says the legal situation "should be urgently revised."

Human Rights Watch is not the only organization to protest. In recent years, Japan's legislation has been criticized by a number of international institutions. The former UN special rapporteur on torture, Juan Ernesto Mendez, focused on Japan as early as 2013.

Transgender people there, he said, "are required to undergo often unwanted sterilization surgeries as a prerequisite to enjoy legal recognition of their preferred gender." He stated that making such an intervention a condition of legal recognition was a human rights violation and said governments must ban such laws unconditionally.

Approaches to transgender people and issues have changed in recent years. Just recently, the World Health Organization (WHO) deleted gender incongruence from the category of "mental disorders." The American Psychological Association did this as early as 2012.

Five years later, in 2017, the European Court of Human Rights called on all 47 countries within its jurisdiction to change sterilization laws like the one in Japan. The appeal has had results: Norway, France and Sweden have since abolished similar laws.

Hope for transgender people in Japan

In light of these changes, and the growing pressure for action, attitudes slowly seem to be changing in Japan as well — even if this is not immediately apparent. For example, two of the four judges who rejected Takakito Usui's lawsuit did recognize that the relevant laws had to be changed. "The suffering that [transgender people] face in terms of gender is also of concern to a society that is supposed to embrace diversity in gender identity," they said. 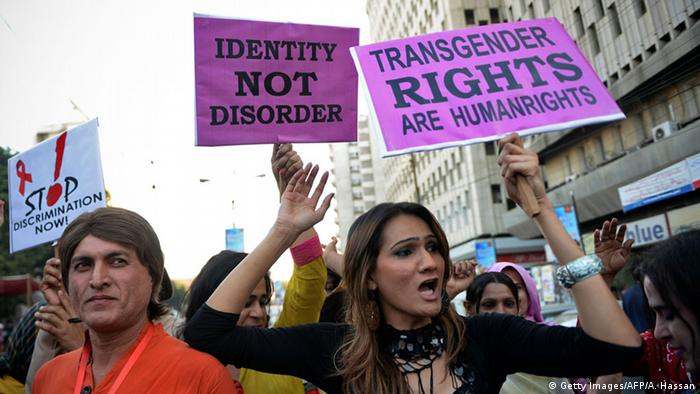 People across the world, as here in Pakistan in 2013, have protested for transgender rights

There's a fairly good chance that this will actually happen. Just last year, the regional metropolitan government of Tokyo, which is set to host the Olympic Games in 2020, passed a law saying that "citizens may not be discriminated against on the basis of gender identity or sexual orientation." And around the same time, at the United Nations, Japan voted in favor of two resolutions to end discrimination on the basis of sexual orientation and gender identity.

Read more: A mixed bag in the portrayal of LGBTQs in video games