Calls for reform mount after Lampedusa tragedy | Europe | News and current affairs from around the continent | DW | 08.10.2013

Once those who perished off the coast of Lampedusa are buried, Rome will have to decide what to do with the survivors. Italy and the European Union remain unable to get a handle on their refugee policies. 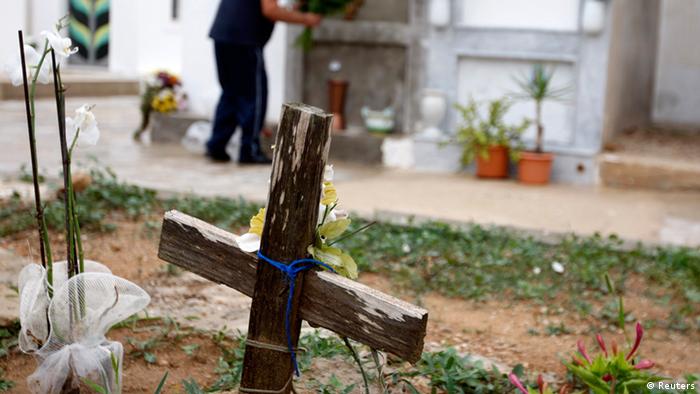 Sharif sits in the shadow of the cement wall of the immigration camp Marina Granda, located on the extreme western end of the Italian island Sicily. He has lived here for the past year. Sharif fled his homeland Somalia, arriving in Europe by boat. After he landed on the island of Lampedusa, he was brought to the camp in Sicily.

"Still there is a problem - there is a war," Sharif said of Somalia. "I don't know when it will stop. Italy is very difficult, but it is better than our country."

Sharif lives with 100 other men in a large dormitory. He's allowed to leave the camp, but the closest city - Trapani - is kilometers away. It's unclear when he will be able to start his new life. The most recent wave of refugees has doubled the processing time for asylum applications. Sharif's application could take another year. The Italian authorities are simply overwhelmed.

Sharif just needs patience. Other refugees face a much harder lot, particularly those who have been detained in an Identification and Expulsion Center, known by the Italian abbreviation "CIE." Illegal immigrants can be detained for up to 18 months there without a court hearing for the purposes of identification, according to authorities. Those who are able, try to jump the four-meter high fence around the complex and flee.

"A couple just broke out and fled recently," said one resident of nearby Trapani-Milo. "That happens here almost daily now. You can't sleep at night anymore because of the noise in the camp. Screams? Yeah, the people in the camp scream and revolt." 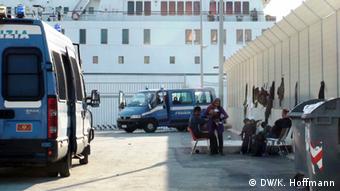 Refugees often end up in camps such as this one in Sicily.

The Italian system for processing immigrants is completely overwhelmed. While the state attempts to deter illegal immigration by setting an example with its detention policy, many refugees manage to flee the camps where they were first received or detained. The guards openly admit that - outnumbered and unwilling to use force - they are powerless in the face of the mass flight by hundreds of refugees. In addition, those who flee create much needed space for the new arrivals.

Italy's interior minister, Angelino Alfano of the center-right PdL, has announced the construction of more refugee camps. His plan calls for the strengthening of the commissions that review asylum applications, and the expansion of the facilities that receive applicants "to a capacity of 16,000 places in the whole country."

But it's questionable whether that will change the fact that a majority of illegal immigrants in Italy try to make their way to other European countries. That's why Alfano has announced an initiative to change the current European law, whereby each immigrant is supposed to stay in the country he or she first arrived in.

"Sicily isn't just Italy's border, but it's also the European Union's external border," Alfano said. "The people who come here by boat are not here to lie on our beaches. They want to go to other European countries - to their relatives. On this point, we will campaign with all of our power for a change in European asylum policy. Europe cannot ask us to take care of the immigrants here without raising a finger to help."

Laura Boldrini, Italy's current parliamentary president and the former spokeswoman for the UN refugee commissioner in Rome, criticized the EU's asylum policy in the aftermath of the most recent tragedy on Lampedusa. At least 232 refugees died when their boat caught fire and sank off the Italian island last Thursday. 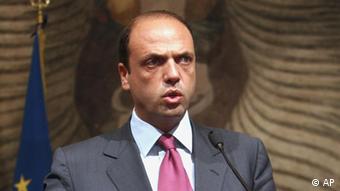 Angelino Alfano has called on the EU to assume greater responsibility.

The EU's 28 member states have 28 different refugee and immigration policies, Boldrini said. If they don't cede some of their sovereignty on this issue, then one cannot really speak of a European Union, she added.

There has also been harsh criticism of Italy. Italian law forbids fishermen from taking refugees on board if their boat is still seafaring. The fishermen are expected to inform the authorities in Rome, which then alert the Coast Guard. This delayed response may have cost many people their lives during the most recent disaster off Lampedusa.

Interior Minister Alfano defended the law just days before the tragedy at Lampedusa. "We won't allow the landing of refugee boats to become a security risk for us," he said. "Italy is a welcoming country, but our citizens have the right to live in security and freedom."

After Lampedusa, it's high time to discuss the security and freedom of the migrants.