Despite a rising death toll from Thursday’s Lampedusa shipwreck, many refugees from East Africa continue to risk the dangeous journey to Europe - and freedom. 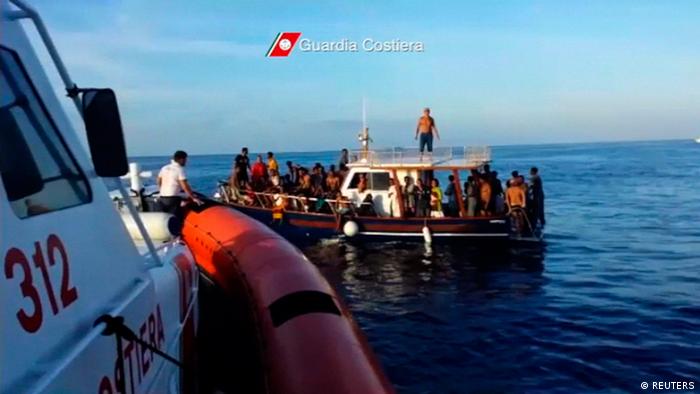 The sinking of a migrant boat off the Italian coast on Thursday (03.10.2013) left at least 111 people confirmed dead, but the death toll could rise to 300, officials said. Most of the refugees, who departed by boat from Libya, come from the East African countries of Eritrea and Somalia.

Distress and helplessness prevail on the small island of Lampedusa. The number of people who have been killed by this latest shipwreck is dismayingly high, among them pregnant women and children. But particularly shocking is the fact that the disaster could have been predicted.

Ferrucio Pastore, the director of the International and European Forum for Migration Research, based in Turin, Italy, is not surprised that thousands of Africans attempt such a journey every year. Pastore told DW: “Unfortunately it is the same old story. The numbers drop during times when the cooperation between the refugees' countries of origin and destination is more effective, then climb again – for obvious reasons: because of the instability and conflicts in these countries.”

Again and again, boats laden with refugees attempt the journey from North Africa. According to UNCHR, around 8,400 people reached Italy and Malta in this way in the first half of 2013 alone. Those who died on the way to Europe have yet to be counted. 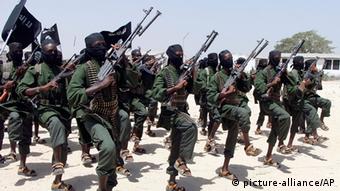 Somalia's al-Shabab militia has been terrorizing the people for years

Many of the refugees who were on the boat which sank near Lampedusa on Thursday had come from Eritrea and Somalia. Abba Musse, a Catholic priest and director of the NGO Agency Abesha in Rome, explained that “since 1994, Somalia has been completely out of control, constantly at war."

And the dictatorship in Eritrea, explains Mussa, is seen by many as the North Korea of Africa. "There is no freedom there in any form - no press freedom, no religious freedom and no right to assemble. These people are looking for a new life, for freedom, for a second chance,” he says.

Organizations, like Amnesty International, accuse the Eritrean government of arbitrary arrests of political opponents and other systematic human rights violations.

While, in Eritrea, a brutal dictatorship forces his countrymen to attempt dangerous escapes, says Mussa, in Somalia, it is the high degree of insecurity. After years of civil war, Somalia elected a president in 2012, but the islamist al-Shabab militia spreads terror across large parts of the country. "The result of this long war is social and economic problems," he says. "Many people have no work and no basis for survival." 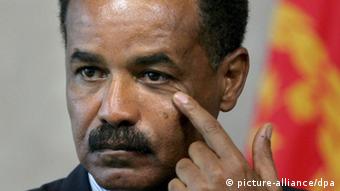 Issaias Afewerki, President of Eritrea, is considered by aid groups to be one of the most brutal dictators

Before these refugees begin their journey across the Mediterranean, many of them end up in Libya. Soem of these people are persecuted and discrimated against due to their skin color or Christian faith, notes Mussa. For that reason, he continues, they don't want to stay there.

Usually, when the refugees arrive in Libya they are already broke, according to Michael Hippler, from the German Catholic Misereor aid group, so they first have to earn money to pay the traffickers. "Because the locals are aware of their plight, many of these people are exploited," he says.

To prevent the waves of refugees in the first place, many in Europe repeatedly call for helping these people at the sournce in their home countries. But, in the case of Eritrea and Somalia this well-intentioned idea is not realistic, explains Hippler.

The government in Mogadishu is not strong enough to defend its sovereignty without international help, and the international African Union forces deployed there are not accepted by the locals. The political circumstances in Eritrea are also difficult to influence from the outside, Hippler says, adding that foreign aid from Germany and elsewhere often flows to countries like Kenya or Ethiopia because the partners and conditions are more predictable. 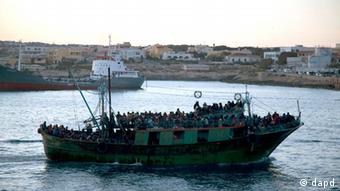 As the refugee problem begins in the countries of origin, Musse is particularly keen to emphasise the need for the African Union to take a stronger stand in solving the crises in the Horn of Africa. This is something that the Organization of native Eritreans is supporting. They also offer legal advice for refugees who have already arrived in Europe.

But because aid in these countries is so difficult to organize, Hippler has called on Germany and Europe to rethink their immigration laws. He argues that keeping refugees out of Europe is hindering development on the Horn of Africa. "The money transfers from migrants in Canada, the US and Europe are currently the largest source of income for countries like Somalia," he stresses.

The European Commissioner for Home Affairs, Cecilia Malmström, argued on Thursday for a stronger commitment to stop smugglers who bring refugees to Europe. But, for refugee activist Musse, this is missing the point.

“If European countries really want to fight these smugglers," he argues, "they have only one option: They have to open the doors to asylum seekers to allow them to immigrate legally. For ten years, European policy has been shutting doors. But when they close the doors on refugees, the smugglers open a window.”