RB Leipzig followed up heavy losses to Bayern Munich and Manchester City with an unfulfilling draw against Cologne. Off to their worst start since their 2016 promotion, new coach Jesse Marsch has much to sort out. 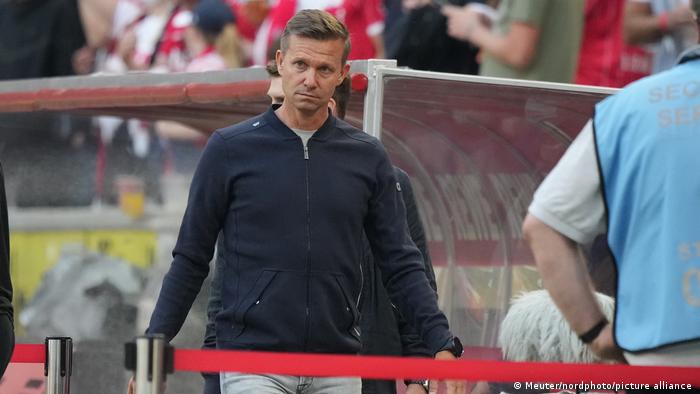 A nightmarish week for RB Leipzig has finally come to an end.

After heavy defeats to Bayern Munich last weekend and Manchester City in the Champions League during the week, the Red Bulls at least had a point to share with Cologne thanks to Amadou Haidara's headed equalizer, although it could have been worse had Ondrej Duda not missed an open goal for the hosts late on.

Already off to their worst Bundesliga start to a season since promotion in 2016, the exciting draw against the tenacious Billy Goats at least stopped the run of defeats, but it does little to lessen the pressure on first-year coach Jesse Marsch.

The American, a product of the Red Bull machine, still has much to sort out to get his side out of its slump.

But what exactly has gone wrong in Leipzig? And how does a squad with such talent have just four points after five league games? DW looks into some possible factors.

When RB Leipzig first arrived in the Bundesliga in the 2016-17 season, they took the league by storm with their high-intensity, counterattacking football, typical of the Red Bull philosophy dictated by former sporting director Ralf Rangnick. But when it came to competing on multiple fronts, it was one-dimensional and physically unsustainable. 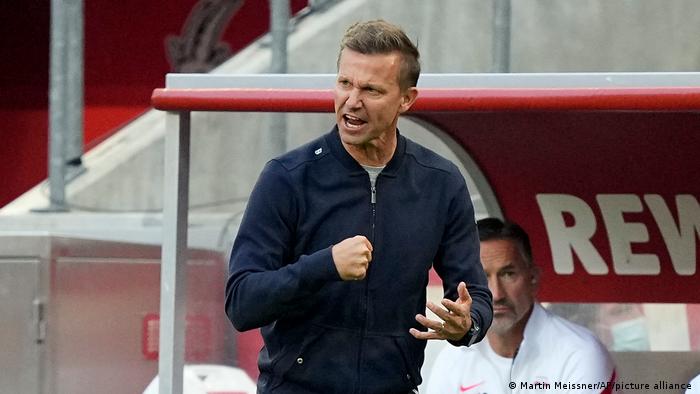 With the arrival of Jesse Marsch however, a self-proclaimed "company man" having held positions at Red Bull franchises in New York and Salzburg, the Leipzig branch are now taking a tactical step back.

Marsch preaches energetic work against the ball, aggressive pressing and rapid transitions like the RB Leipzig of several years ago, but he doesn't necessarily have the players at his disposal to do it ...

He was the best striker in Germany not named Robert Lewandowski last season, scoring 28 goals in 32 Bundesliga games for Eintracht Frankfurt. But when Andre Silva moved east to RB Leipzig in July, he apparently left his scoring boots behind.

Silva has scored just one goal in seven games for Leipzig this season, the lone goal a penalty against Stuttgart in the Bundesliga. He has also come off in three of Leipzig's five Bundesliga games, twice in favor of club veteran Yussuf Poulsen. 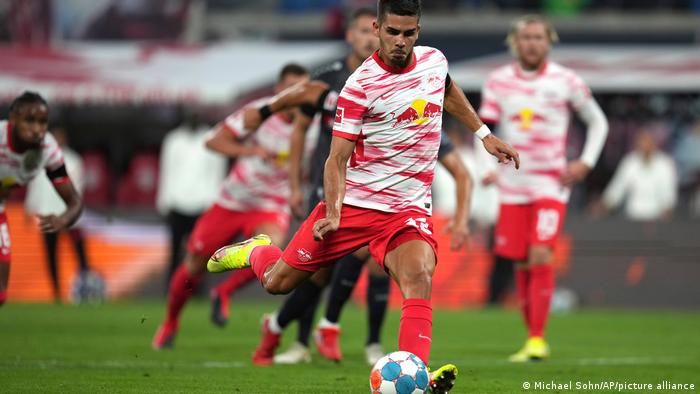 Leipzig were desperate for a striker last season, with Poulsen, Alexander Sorloth and Hwang Hee-Chan not providing enough punch up front, and the club opting not to make Patrik Schick's loan move permanent. Silva was supposed to be their solution, but he's now surrounded by different players playing a different game.

No one in Leipzig's squad has been able to replicate what Frankfurt wingback Filip Kostic provided the Portuguese international, nor is Silva a striker who likes to run in behind on the counterattack.

If Marsch is going to get RB Leipzig playing, then he should consider playing to his key striker's strengths.

When will Leipzig get Dani Olmo at his best?

This year's summer break was a short one for footballers, but none more so than for Dani Olmo. After impressing in the second half of last season for RB, the Spanish attacking midfielder then represented his country both at Euro 2020 (five appearances) and then at the Tokyo Olympics, winning silver. 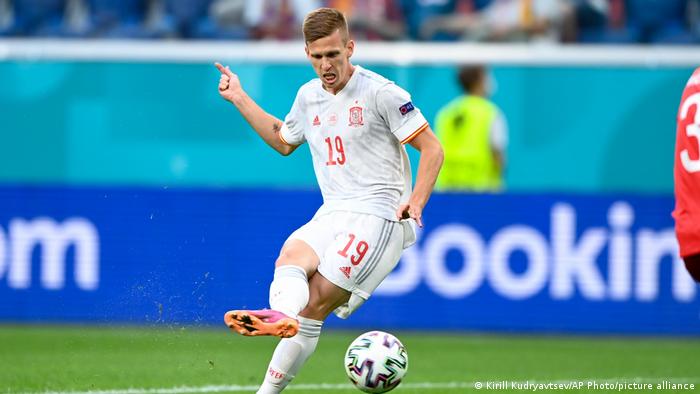 Dani Olmo had a busy summer with Spain

The 23-year-old was a key creator for Leipzig last season, assisting 12 goals in 46 games. He appears to be central to Jesse Marsch's plans this season, too, playing in the hole behind the striker in the three games since returning to the squad.

But Olmo appears to be a step behind at the moment and has yet to play a full 90 minutes. Marsch hasn't always put his top playmaker in the best positions, often having him taking on other midfield duties instead of getting in position to play the final ball.

Olmo is one of the best young playmakers in Europe, but Marsch needs to help him realize his potential.

Big losses in the transfer market

RB Leipzig are no strangers to losing big players — Naby Keita's sale to Liverpool and Timo Werner's to Chelsea, for instance — but departures this summer have been especially crippling.

Most teams would struggle to compensate for the loss of one world class defender, and RB lost two in Dayot Upamecano and Ibrahima Konate. As if to rub salt in the wound, former captain Marcel Sabitzer than followed Upamecano to Bayern — linking up with former coach Nagelsmann.

Having lost the spine of a team which came second last season, Marsch has been dealt a difficult hand. 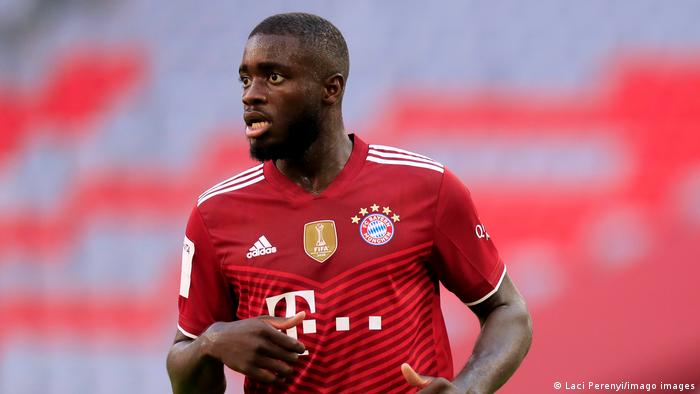 Dayot Upamecano was one of RB Leipzig's big departures this offseason

Not that there will be much sympathy for RB Leipzig's current plight. The club remains deeply unpopular among supporters of other teams who consider their rule-bending corporate structures to give them an unfair advantage over the rest of the competition.

RB, for instance, have access to relatively risk-free transfers from Red Bull's system of farm teams and have made use of those connections on 19 occasions to date.

Which makes the club's incoherent squad planning in recent seasons all the more inexplicable. The decision not to make Patrik Schick's loan move permanent when they knew that Werner would be leaving remains strange, while inconsistent new recruit Mohamed Simakan has huge boots to fill in central defense.

Indeed, that Leipzig lost Upamecano, Konate and Sabitzer so easily is also a damning indictment of the perspectives being offered at the club. After all, it's not as if the Red Bull-backed side cannot compete financially, having splashed out over €460 million on new players since promotion to the Bundesliga in 2016 (and of the €300m incomings which offset that, over €100m of that came just this summer).

Though Jesse Marsch has failed to get the best out of his squad so far, the one he has inherited is significantly weaker than the one Nagelsmann was working with last season.