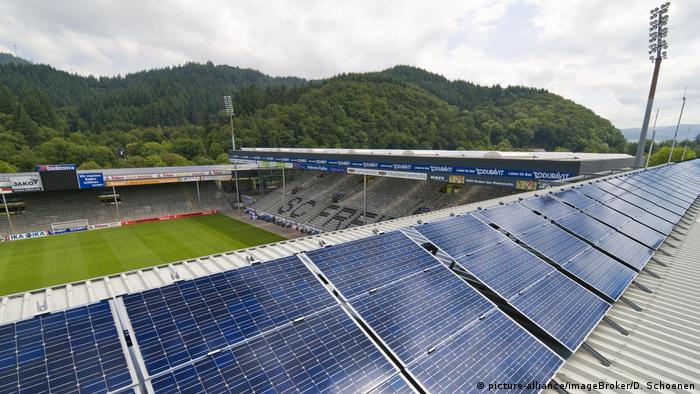 "Climate change and sustainability were not easy topics back then," remembers Hanno Franke, thinking back almost 25 years and almost sounding as if he’s trying to defend himself.

The SC Freiburg marketing director has been at the club since the mid-1990s, a time when the Sport-Club from the Black Forest became the first Bundesliga club to begin taking measures to protect the environment.

"The club wasn’t sure of its own identity, its own DNA," Franke explains. "But even then, the city of Freiburg took sustainability very seriously so it seemed logical that we as a football club should get involved as well. Many people advised us against it. Back then, some of our advisers warned us about being 'too green.'"

One of the main ideas was the installation of solar panels on the roof of the Schwarzwaldstadion’s new south stand (pictured above). It's common measure by today's standards, with many Bundesliga clubs producing their own solar energy, but in the mid-1990s, Freiburg were ahead of the curve and faced stiff opposition. 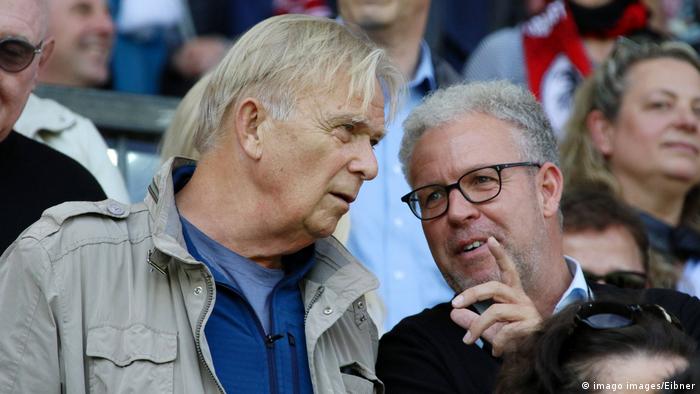 "Looking back, the club showed a great deal of courage and conviction and laid the groundwork for everything that followed," says Franke, with barely concealable pride.

Today, all Bundesliga clubs are aware of their environmental responsibilities, which can be divided into four main areas: traffic and emissions, waste, water and energy. But it's taken some clubs longer than others, with some only becoming "greener" when environmentally friendly measures also allowed them to save money.

"For a long time, environmental protection didn't play a role in football at all," says Thomas Fischer of the Deutsche Umwelthilfe (DUH), a German environmental and consumer-protection agency that carries out regular surveys of Bundesliga clubs. "But those days are over." 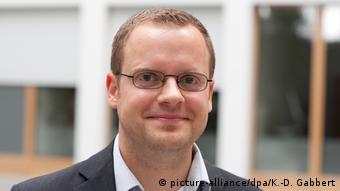 However, Fischer still thinks more can be done.

"Clubs are great at implementing green policies when they don't require any investment in infrastructure, such as using green energy or installing LED lights which save energy."

In recent years, clubs have begun to expand their climate protection portfolios more or less off their own backs, or in cooperation with local businesses. In March 2019, the 36 professional clubs in Germany’s top three leagues came together to discuss environmental solutions, but there is still no central coordination through the German Football League (DFL).

"The Bundesliga is still lacking a general climate plan," laments Fischer, who would like to see clubs pool their activities for climate protection. "The DFL needs to set environmental targets and provide instructions and guidelines to help clubs implement concrete measures." No such guidelines currently exist and the DFL is yet to respond to questions sent by DW.

In some areas, clubs are already implementing a number of measures to help protect the environment. They reduce waste by separating materials and serving drinks in recyclable cups, they save energy by installing solar panels or using LED lighting and they save water by gathering rain water for pitch irrigation and providing water-saving toilet facilities. But emissions created by travel to and from the matches remain a problem. 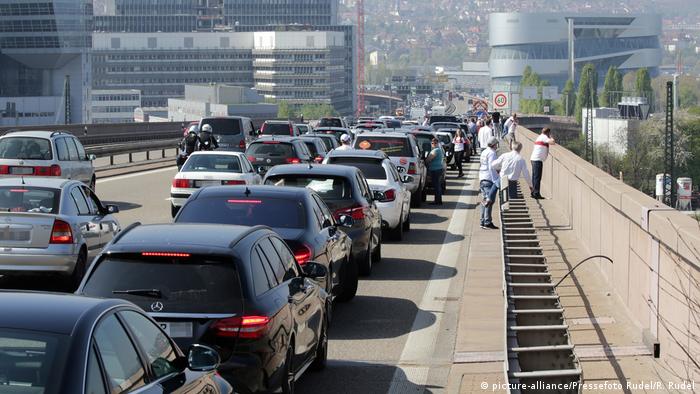 Traffic jam on the way to the stadium: Many supporters still travel to matches by car

According to a study conducted by the climate advisory agency C02OL on behalf of German public broadcaster Deutschlandfunk, football fans produce around 7,800 tons of harmful emissions per matchday. It would take 60,000 newly planted trees to compensate for that amount of C02, or over two million per season, and that's before flights to further-flung away games are taken into consideration.

In the north of Germany, Bundesliga side Werder Bremen are setting an example with an "anti-automobile" traffic concept. "In Bremen, fans can travel to the stadium on a ferry along the River Weser," explains Fischer. "What's more, cars are banned from approaching the stadium or from parking there."

This reduces the amount of C02 being released into the air around the stadium. Fischer is still critical however of clubs such as Mainz and Hoffenheim who bill themselves as being "carbon neutral."

"Ultimately, they achieve this by buying climate certificates," opines Fischer. “It’s not too far away from the selling of indulgences." In Hoffenheim's defense, the club compensates for its C02 emissions by running a reforestation program in Uganda in central Africa. "But that doesn’t solve any waste or emissions problems in Hoffenheim itself," criticizes Fischer. 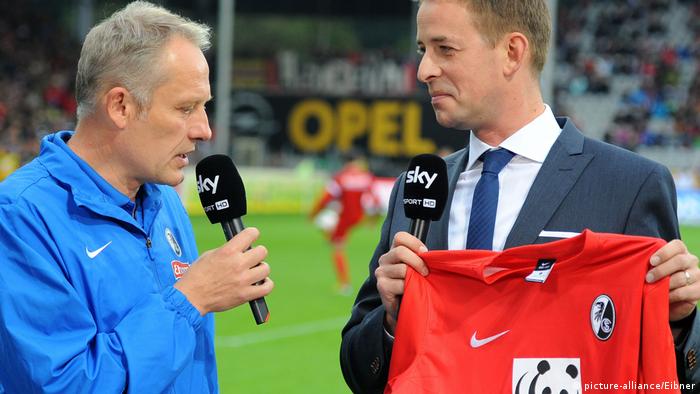 Panda on the jersey: Freiburg have been working with the World Wildlife Fund for Nature for years

Back in Freiburg, the local club is dealing with local problems. SC Freiburg cooperate with the World Wildlife Fund for Nature (WWF) on nature-protection projects in the Black Forest, the woodland which dominates the region. The project involves regularly educating local children and teenagers about climate change and how they can live more environmentally friendly lives.

Club employees are trained as well. Even when, after 25 years of experience, Freiburg are considered an "industry leader" in environmentally friendly football, there is still much to learn and the club remains open to new ideas.

"More and more organizations and campaigns are getting in touch with us because of our reputation which we have built up since the 1990s," says Hanno Frenke, who is particularly pleased about the number of young people who approach the club with their own questions and feedback.

"We had the organizers of the Freiburg branch of 'Fridays for Future' for a visit, for instance," he says. "And of course we supported them – out of conviction."

How green is your soccer match beer cup?

Can football clubs be role models for environmental protection? A German eco group rifled through post-match trash to uncover mountains of discarded beer cups - and a whole new Bundesliga. (18.07.2017)

Solar panels made in Kenya