A week after Weston McKennie, Jadon Sancho and others delivered individual statements of support to the Black Lives Matter movement, Bundesliga clubs showed their collective solidarity. 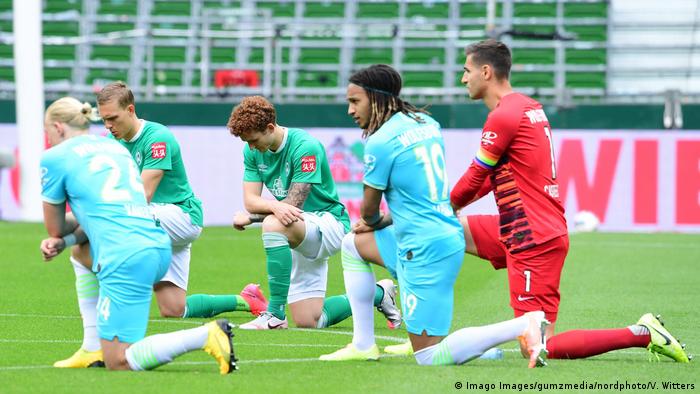 As massive protests against police brutality and systemic racism continued to be held around the world over the weekend, the Bundesliga made a strong show of support for the Black Lives Matter movement.

On Saturday, Bayern Munich wore T-shirts with a clear message during their warm-up. During the game, players sported Black Lives Matter armbands.

Bayern head coach Hansi Flick said the idea had come from the team, before adding that racism "shouldn't be an issue anymore, but unfortunately it is because there are still many idiots who react differently." 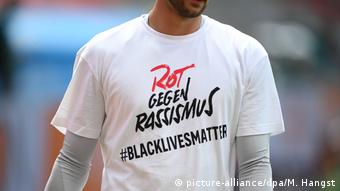 Later that day, Borussia Dortmund players also wore messages on their t-shirts during their warm-up.

Jadon Sancho, who showed his support last week after revealing a message of "Justice for George Floyd", and Achraf Hakimi wore the messages "no justice, no peace." Midfielders Axel Witsel and Emre Can's T-shirts displayed the words "black," "white" and "yellow" crossed out, with the word "human" below.

Before their game against Hertha Berlin kicked off, all the players took a knee around the center circle and were joined by referee Tobias Stieler and his assistants. On the sidelines, the coaching staff also knelt. 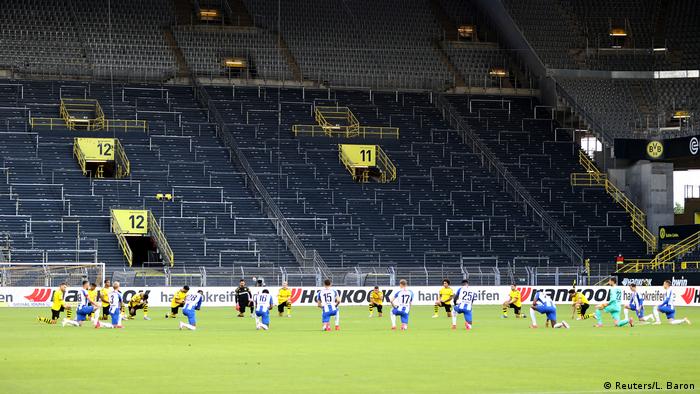 Before Dortmund's game against Hertha, both teams knelt around the center circle

The protests were even on show in the third division when Waldhof Mannheim and Viktoria Cologne, along with match officials, knelt while the public address system broadcast an anti-racism message pre-match.

The following day, Werder Bremen and Wolfsburg also knelt before kickoff, as did Union Berlin and Schalke.

The show of support emulated the manner of silent protest famously initiated by former NFL quarterback Colin Kaepernick in 2016 that has now become a global symbol of solidarity against racism.

During the week, the the German Football Association (DFB) decided not to sanction players for their protests, saying players were free to show their support for protests over George Floyd's death. Statements considered political are normally forbidden during games according to the rules of football's world governing body FIFA.

Read more: Taking a knee is not a political statement

DW's editors send out a daily selection of news and features. Sign up here.