Top clubs can, in essence, be made to contribute to the costs of policing high-profile Bundesliga matches, a German court has found. Who should pay for individual troublemakers, however, remains unresolved. 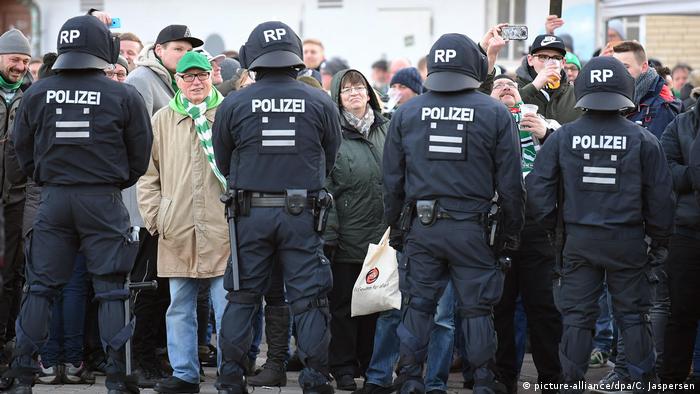 Germany's Federal Administrative Court on Friday passed on making a decision on whether the German football league (DFL) should pay extra policing costs for matches where fan violence is deemed to be likely.

City officials in Bremen, who originally invoiced football authorities for policing at a Werder Bremen-Hamburg match, say they don't see why taxpayers should foot the bill.

The case in brief

What the judge said

"The legality of the charge notification is not yet completely determined," said Judge Wolfgang Bier, who ruled that the Bremen court would have to clear up several points.

Bier said the way that the costs were calculated needed to be examined and that there was a danger of entities such as clubs being charged double."A fee may be charged in principle for the extra police costs of a high risk commercial event," Bier added. 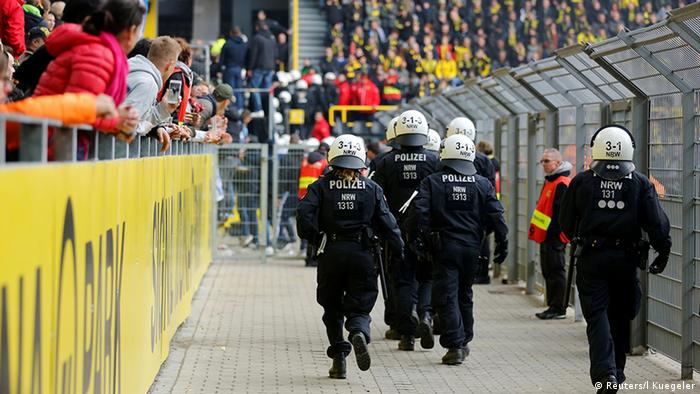 Bremen's state Interior Senator Ulrich Mäurerhas insisted that the DFL has an obligation to pay, given the revenue that can be generated by top-level football.

"We have a professional league which generated a turnover of 4.4 billion euros last year. It can not be that the league keeps all income but that the state and the taxpayer come up for all the costs," Mäurer told public broadcaster NDR Info earlier in the week.

Mäurer welcomed the court's decision on Friday, saying that the court had "written legal history."

DFL chief Reinhard Rauball, who has argued that German football clubs already pay a large amount in tax, responded by saying that many of Germany's states rejected the notion of making football clubs and the league pay.

"We have heard that the ministers of the interior of Bavaria, Baden Württemberg and Hesse have rejected the charges," said Rauball.

"We have a kind of patchwork in terms of fees, which touches on the question of equal opportunities of clubs  depending on which state they belong to. "

The DFL had initially been successful at a Bremen administrative court challenge against the fee, but an appeals tribunal found in favor of the city. The Bremen court is now tasked with clearing up the federal court's outstanding queries.

A minute’s silence for a deceased fan at a fourth-division football match is causing controversy in the German state of Saxony and beyond. The fan in question was a well-known hooligan and far-right activist. (14.03.2019)

A derby match between Panathinaikos and Olympiacos was called off because of riots in the stadium. Such outbursts of violence plague the Greek Super League. Fans, police and clubs are pushing the blame onto each other. (21.03.2019)