A German court has ordered the DFL, which operates the Bundesliga, to pay police costs for "high risk" football matches. This is the latest twist in a legal battle between the league and the city-state of Bremen. 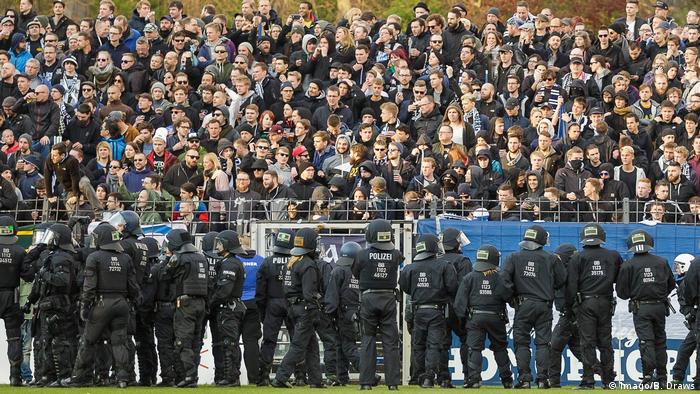 The upper regional court in Bremen ruled on Wednesday that the German football league (DFL) must pay additional police costs incurred as a result of "high-risk" Bundesliga matches hosted by local side Werder Bremen. High risk matches are those in which the likelihood of fan violence is regarded as being significantly higher than it would be at other games.

The court overturned a May 2017 decision, when the lower regional court ruled that is was not lawful for Bremen to pass on the additional costs from high-risk matches to the DFL.

The case started when Bremen first sent the DFL a bill of €425,000 ($523,000) for increased police costs linked to the high-risk match between Werder Bremen and Hamburg on April 19, 2015. Bremen has attempted to bill the DFL for other matches since then, bringing the total to around €2 million.

Wednesday's ruling doesn't necessarily mean that the case is closed, as the DFL now has the option of filing an appeal with a federal court.