A stunning Leon Bailey free kick was the catalyst for Bayer Leverkusen's 3-1 win over Bayern Munich on Saturday. Even more worryingly for the champions, Leverkusen's lineup and attitude showed they weren't at all scared. 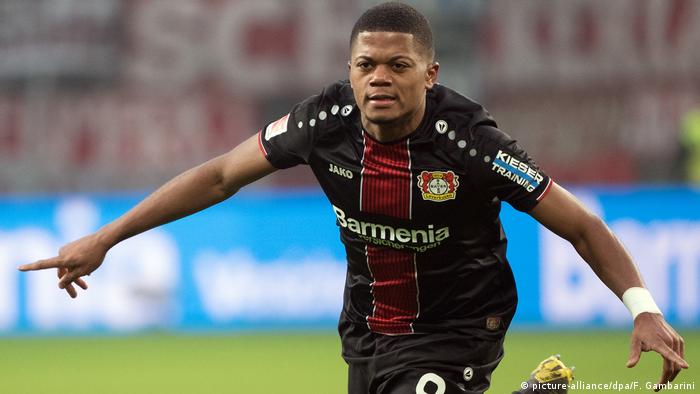 Having survived a strong early penalty shout and taken a first-half lead against the run of play, the Bayern Munich of the last six seasons would have been absolute certainties to beat a bottom-half side still working out how to play under a new coach.

But the cracks that revealed themselves in the autumn were only papered over by Bayern's seven-match winning run in the Bundesliga. At the BayArena, the temporary, flimsy solution to serious structural problems was ripped away by a Leverkusen side intent on attacking, full of belief and relentless in their pressing.

"When you're playing against Bayern, it's going to be hard," said Leverkusen head coach Peter Bosz after the game. "What was important was that we didn't let heads hang down. In the second half we played very courageously."

Few demonstrated the home sides's approach better than Leon Bailey. The Jamaican winger was one of the best young players in the league last season but has had a tough time repeating the trick in 2018-19. With just one goal all season and 25 yards from goal, many may have expected his 53rd-minute free kick to lack real intent. Not a bit of it. Bailey's left-footed strike was as true as they come, dipping and swerving its way past Sven Ulreich's right hand.

Leverkusen turn it up

That equalizer cranked up the home side's tempo still further. Bailey and Julian Brandt were chasing the length of the pitch to help their full backs, Kevin Volland was forcing Bayern's center backs into sloppy errors and Kai Havertz's exit through what looks to be a serious hip injury was barely noticed. Bayern were rattled.

Sure enough, two more goals followed. First Volland finished the kind of flowing counterattacking move Leverkusen had been carving out all day. Then Lucas Alario made sure late on, with VAR showing Brandt to be marginally onside by a matter of centimeters in the build up - the opposite fate to that which befell Robert Lewandowski just before the break. The defeat leaves Bayern six points behind Borussia Dortmund.

Losses have become a little too familiar for Bayern's liking this term. They've already lost the same number of games they managed in the whole of last season and twice the number they lost the two seasons before that. A team long considered a machine has been exposed as human after all.

While Hertha Berlin and Borussia Mönchengladbach were ruthless and solid in exposing a Bayern side wracked with angst and slowly accepting the need for change, this felt a bit different.

"We maybe didn't play our best game today but still won," said Bosz afterwards, in a sentence rarely uttered by anyone after wins over Bayern in the past. "I think it was a great match for the fans. Both teams wanted to win and played attacking football." 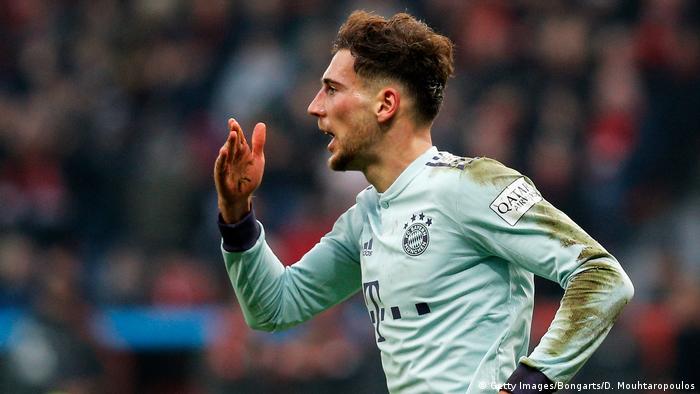 Despite his claims that he'd changed since his time in charge of Borussia Dortmund, Bosz named one of the most top heavy lineups imaginable for the third game in a row. Not one of Karim Bellarabi, Brandt, Bailey, Havertz or Volland have natural defensive instincts and with fullbacks Mitchell Weiser and Wendell often roaring forward at the same time, the wide open spaces behind them could be located with a single pass from deep. Bosz was gambling that his attacking players were better than Bayern's. He was right.

Leverkusen attackers given license to play

Mats Hummels broke the Leverkusen line twice with fine through balls, Robert Lewandowsi went close with a header and Kingsley Coman showed bursts of class without finding the final ball. But the Bavarians failed to create a genuine clear-cut chance in the second half.

Despite their lowly league position, Leverkusen have a range of attacking options that'd be the envy of many top sides across Europe. Their previous boss, Heiko Herrlich, just never found a way to use them.

After a slow start, Bosz seems to have reached the conclusion that more is more. While the space his side leaves when they pour forward is a concern, the talents he has seem to be reveling in their freedom of expression. Not every side has the weapons to beat Bayern this way, but few are quite as intimidated as they once were.

A year after he signed to solve Bayern Munich's long-standing backup striker issues, Sandro Wagner has departed. While Robert Lewandowski is difficult to replace, have Bayern left themselves short up front once more? (30.01.2019)

Safe standing: How does it work in Germany?

Premier League side Wolverhampton Wanderers have installed examples of "safe standing" rail seats as pressure for a return to standing in England increases. But how does it work in Germany? (02.02.2019)

One year on from his Borussia Dortmund dismissal, Peter Bosz is back in the Bundesliga with Bayer Leverkusen. And the Dutchman has a point to prove as he looks to lead the Werkself back to Europe. (04.01.2019)