How does safe standing work in Germany?

A report in England has found that "safe standing" at football grounds has a "positive impact on spectator safety." Standing sections are commonplace at stadiums in Germany - but how exactly does it work? 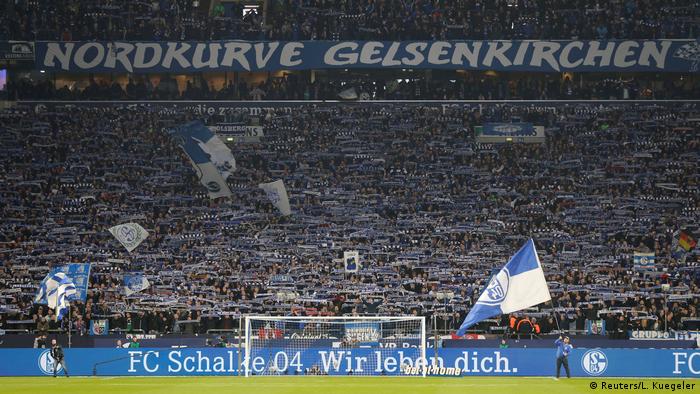 After years of campaigning, online petitions and even debates in Parliament, the concept of standing inside top-flight English football stadia appears to be edging closer to a return.

A report by England's Sports Grounds Safety Authority (SGSA), which has studied fan behavior at Celtic Park in Scotland and at Borussia Dortmund's Westfalenstadion, has concluded that controlled standing has "a positive impact on spectator safety."

The report notes in particular that so-called "safe standing" reduces the risk of fans collapsing onto each other during goal celebrations, and also found that tensions between supporters and stewards are not heightened by the act of standing. "There has been very little conflict as a result of standing," it read.

In January 2019, Wolverhampton Wanderers became the first Premier League side to install examples of so-called "safe standing" seats at their Molineux stadium. Initially, the seats, which are also known as rail seats, are solely for demonstrative purposes in an unused part of the stadium.

A change in legislation would first be required to put them into operational use in the way they are used in Germany, a country often cited by advocates of standing. One of the most famous examples is Union Berlin, who are playing in the Bundesliga for the first time this season.

How does it work in Germany?

Three of the four sides of Union's Stadion an der Alten Försterei are standing terraces, totaling over 80 percent of the ground's capacity. When the club's expansion plans are realized, there will be room for 28,692 standing fans – more than on the Nordkurve at Schalke, and even more than Borussia Dortmund's famous Yellow Wall.

It's one of the reasons that a visitor to the Berlin suburb of Köpenick is likely to hear British accents on any given match day and why over 40 Britons are fully-paid up members of the club. It's also likely one of the reasons why so many top Bundesliga teams have had a tough time there this season, with Borussia Dortmund, Borussia Mönchengladbach and local rivals Hertha Berlin all losing on their trips to the woods. 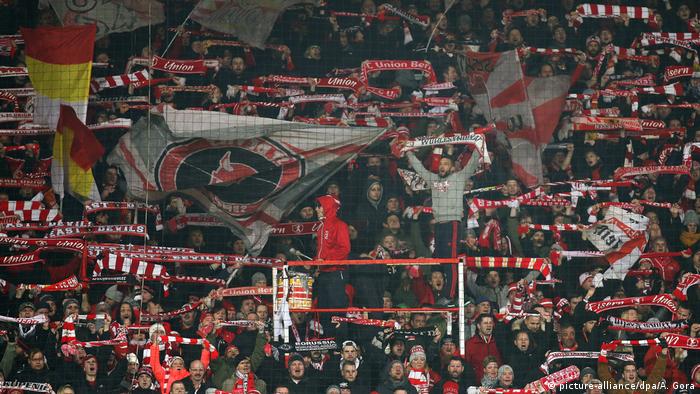 "From our point of view, standing terraces are a part of football culture," a spokesman for Bundesliga side Schalke told DW. "The fans on the terrace are those who cheer the team on for 90 minutes and drag other fans along with them with their songs."

Schalke's Veltins Arena provides room for 16,309 standing fans, but German football clubs don't all operate the same standing models. The standing areas at Union Berlin, Borussia Dortmund, Schalke and others are open terraces with crush carriers similar to the old English terraces – similar, but certainly not the same.

The terraces are divided into specific blocks and entry is strictly controlled. Generally, supporters are first required to scan a unique barcode on their ticket in order to gain access to the stadium before having their ticket checked one more time at the entrance to their block, removing the danger of overcrowding or a crush.

"Standing is absolutely safe," said the Schalke spokesman, before describing the security measures in Gelsenkirchen: "The number of stewards on the terrace is higher than in other areas of the stadium. This guarantees that stairways and exit routes are kept free." 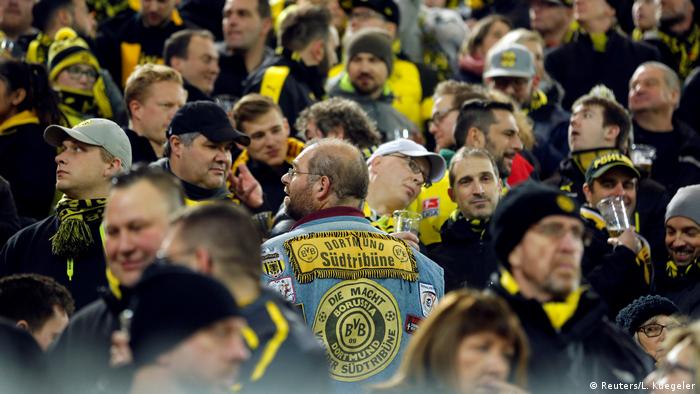 Various models to choose from

The three models currently being demonstrated at Wolves however are not open terraces, but so-called "rail seats," rows of seats combined with metal barriers upon which standing supporters can lean safely.

In Germany, such models are currently in operation at Bayer Leverkusen, Hannover, Stuttgart, Werder Bremen, Nuremberg, Wolfsburg and Hoffenheim, with the seats locked in an upright position. Should the teams compete in European competition, the seats can be locked down to comply with UEFA regulations on all-seater stadia. But even then, Schalke say they have "no evidence whatsoever that all-seater areas are safer."

In England, standing was made illegal by the Taylor Report, commissioned by a Conservative government in the wake of the Hillsborough Disaster in 1989, when 96 Liverpool supporters lost their lives in a crush. But an inquest into the disaster ruled in 2016 that a series of failings by police and the emergency services were responsible for the tragedy, not the supporters themselves, and not the fact that they had been standing.

Nevertheless, Premier League stadia remain all-seater. The prices of tickets at Old Trafford, Anfield, the Emirates or Stamford Bridge reflect that while the average cost of a season ticket in a standing section at a Bundesliga club this season is just €185 - €10.88 per game.

"At Schalke, we have to – and want to – fulfill our social responsibility in the Ruhr region and enable people with lower incomes to attend matches as well," said the spokesman. "Standing tickets and other offers contribute substantially to that."

The same attitude underpins German clubs' commitment to standing terraces from Gelsenkirchen to Köpenick. And perhaps soon in England too.