With Germany set to enter a new coronavirus lockdown, people everywhere are adapting to unprecedented circumstances. It's no different for Borussia Mönchengladbach and RB Leipzig, who meet in the Bundesliga on Saturday. 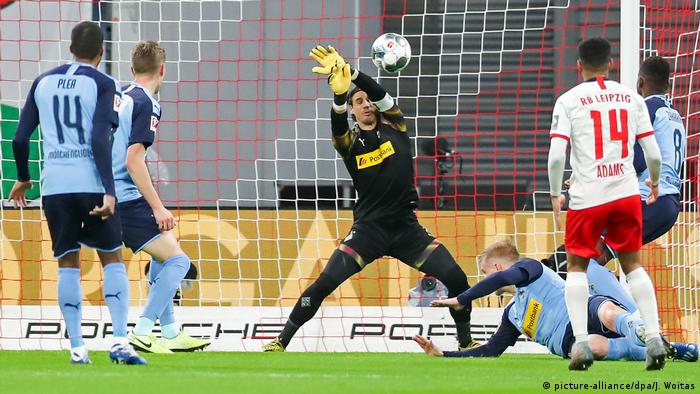 When Borussia Mönchengladbach and RB Leipzig last met back in February, the world was a very different place.

Back then, over 42,000 fans crammed into the Red Bull Arena to witness one of the games of the season as Leipzig came from behind and equalized late on against 10-man Gladbach, who were forced to settle for a 2-2 draw despite an impressive performance.

Eight months on, as Germany prepares to enter a second "lockdown" in an attempt to slow the spread of the coronavirus, the two meet again, this time at an empty Borussia Park and under wildly different circumstances, with both sides battling to navigate a compressed football calendar with comparatively small squads and hardly any time to rest.

At least as far as Gladbach are concerned, however, one thing hasn't changed: late equalizers and 2-2 draws are very much the order of the day.

Twice in the last fortnight, the consensus underdogs in Champions League Group B have come close to pulling off major upsets against European giants. A late Inter Milan equalizer denied them a famous win in the San Siro last week, while an even later goal saw them throw away a two-goal lead against Real Madrid on Tuesday.

In between, a much-changed team managed to scrape past Bundesliga cellar dwellers Mainz and, all things considered, head coach Marco Rose will be satisfied that his players can compete both domestically and against Europe's best.

French duo Marcus Thuram and Alessane Plea in particular are developing one of the most potent strike partnerships in Germany, while winger Jonas Hofmann is enjoying one of his best ever starts to a season. In midfield, Florian Neuhaus is pulling the strings – and Swiss mainstay Denis Zakaria is still to return from injury.

Before next week's trip to Ukraine to face Shakhtar Donetsk, there's the small matter of the visit of RB Leipzig, themselves coming off the back of a Champions League drubbing at the hands of Manchester United. 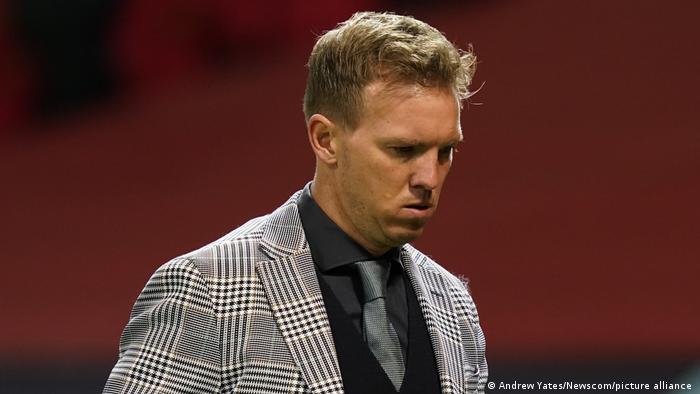 Up until Wednesday, it seemed like Julian Nagelsmann had found a way to compensate for the loss of Timo Werner, but his team's inability to even create solid chances at Old Trafford must raise concerns.

"Such a result, losing 5-0, never feels good," Nagelsmann said. "We need to deal with setbacks differently than we did," he added, referring to the first two of Marcus Rashford's second-half goals, which effectively ended the tie.

Like Rose in Mönchengladbach, Nagelsmann has overseen tangible improvements in Leipzig over the past year-and-a-half and RB go into Saturday's game still unbeaten at the top of the Bundesliga.

The fixture list has been favorable though, and Gladbach will represent only their second serious domestic test after a 1-1 draw away at Bayer Leverkusen on Matchday 2. And with an equally tough challenge to come against a star-studded Paris Saint-Germain on Wednesday, the games are coming thick and fast.

Both Gladbach and Leipzig are dealing with the unprecedented conditions as well as they can, and both clubs are heading in the right direction – but neither have the squad depth of Bayern Munich or Borussia Dortmund, let alone the top sides in the Champions League.

In the current circumstances, only an optimist would expect a repeat of February's thrilling contest. Too much has changed since then.