Borussia Mönchengladbach were seconds away from a seismic victory over Real Madrid in the Champions League. DW's Michael da Silva reports from Borussia-Park on a night when the Foals were close, but not close enough. 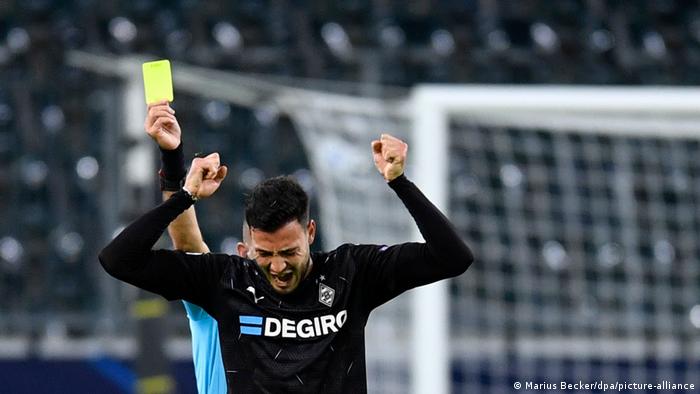 It's the hope that kills you.

This should have been a night when Borussia Mönchengladbach celebrated a famous win over Real Madrid, albeit in an empty stadium. But the Spanish champions ripped up the script with Casemiro completing an unlikely comeback in the 93rd minute to deny Marco Rose's team a season-defining victory.

The scene had been set: Marcus Thuram, Borussia Mönchengladbach and their vibrant young coach had come of age against a brittle, ageing and lacklustre Real Madrid.

Some slapdash late defending got in the way, but when the dust settles, Rose can reflect that his side had the 13-time European Cup winners on the ropes for over an hour. The fact that it should have been more illustrates how far Gladbach have come, but also the often harsh reality of Champions League football.

"It's very bitter," a visibly deflated Rose said after the game. "I told the boys at half time that I thought we were looking solid in defense. But the pressure gets greater and greater and the legs get heavier. Real switch the play a lot so you have to run a lot, and then when the crosses keep coming in, it gets difficult.

"In both games [versus Real Madrid and Inter Milan last week] we've shown what we can do. We don't just want to take part, we want results, we want to perform. We could have had six points, but we can't think about that too much now, that doesn't achieve anything."

Indeed, Inter pulled the same move on the Foals last week in Milan. Romelu Lukaku’s 90th minute equalizer salvaged a point for the Italians when Gladbach seemed to have fought their way to all three. And the same deflation was to play out here as well against Real. 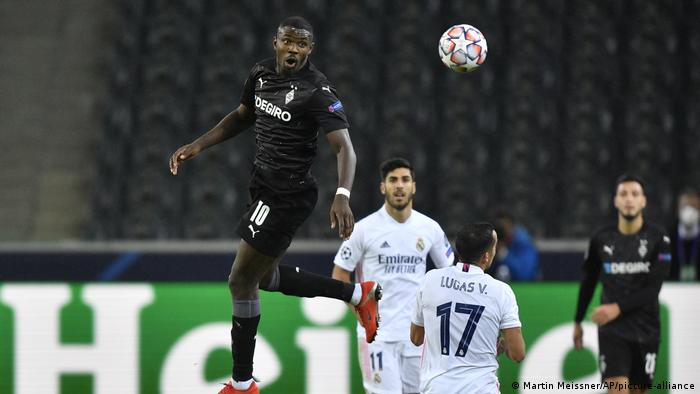 Since arriving at Borussia-Park last year, Marco Rose has developed a cutting-edge philosophy, aided by the clever recruitment and unbreakable trust of sporting director Max Eberl.

A willingness to defend relatively deep, play their way through the Real press, and unleash the speed and ingenuity of Alassane Plea is not only pleasing on the eye, but had worked a treat here. Plea's understanding with Thuram has matured during Rose's tenure, and this was a night when their play appeared telepathic at times.

The 2020 edition of Real Madrid isn't a vintage one – their fear factor is on the wane - and Rose, the dedicated student of the game that he is, sensed an opportunity.

La Liga minnows Cadiz and Ukranian side Shakhtar Donetsk had laid the blueprint for victory and Gladbach exploited Real's weaknesses for long periods. Considering that Real Madrid's central defensive pairing of Sergio Ramos and Raphael Varane have won everything the game has to offer, they were run ragged by the movement and power of Plea and Thuram and sheer speed of Gladbach’s attacks.

Thuram's crisp opener was Gladbach’s first foray of the night, with much of their early work dedicated to keeping Real's spritely attack at bay. The chance came when Kroos was robbed of the ball and Plea demonstrated the vision to pick out Thuram, whose ferocious finish pierced Real's soft underbelly. When Thuram added a second, a rebound from a Plea shot, the writing seemed to be on the wall – only for Karim Benzema and Casemiro to turn the game on its head.

"We hurt Real exactly where we planned to hurt them, but we missed the chance to finish them off," Rose added, lamenting further missed chances, including when Thuram was denied when one-on-one with Thibault Courtois. "But overall today, there are too many positives to criticize my team too much. We'll keep working and fighting."

One senses that this bitter blow won't keep Gladbach down for long, and the hope will soon return.