At first glance, Dortmund's game against Bayern Munich on Saturday could hardly come at a better time — with Bayern reeling and under a new interim coach. However, Dortmund's recent record in Munich is miserable. 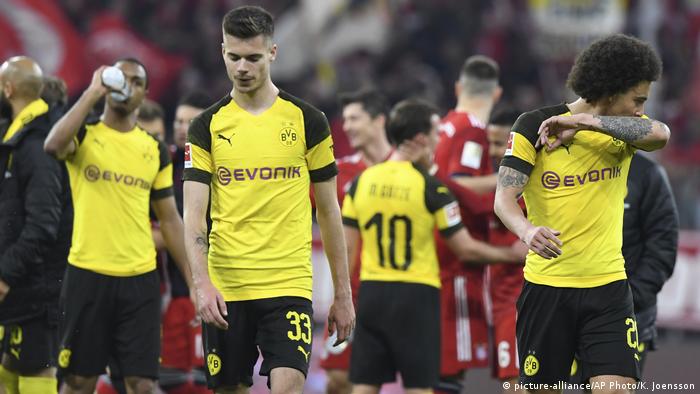 If you have to travel to Munich's Allianz Arena, doing so with Bayern under an interim head coach and languishing in fourth in the Bundesliga table would seem as good a time as any.

However, Borussia Dortmund's management insist that they shouldn't expect an easy ride on Saturday — not least because of the painful recent memories BVB have gathered in Munich. Sporting director Michael Zorc said ahead of the game that he was convinced of one thing:

"The lads in Munich will pull themselves together for this game, regardless of who's coaching them. And we will have to hold our own. We failed to do that last year and in most recent years. This is the clear demand for our players," Zorc said.

Last season's 5-0 defeat was particularly painful, though. Dortmund went into the game in early April, with a two-point lead in the table. A win might have all-but sealed the title. Instead, Bayern dismantled their opponents, who conceded several extremely soft goals —  starting with a near-post header off a corner for Mats Hummels, and ending with an unmarked tap-in from point-blank range at the back post for Robert Lewandowski, even though there were five black-and-yellow shirts sharing the penalty area with him. 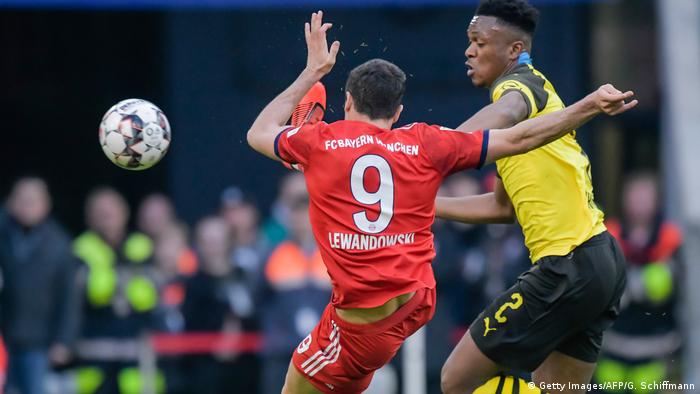 Footage from before and after that game featured heavily in the recent Amazon television series Inside Borussia Dortmund, with several players speaking candidly about their disappointment at such a key defeat. A winning mentality, or lack thereof, was a recurring theme.

"I almost broke my hand at half time when I punched the door and tried to provoke a response from the lads," goalie Roman Bürki said. "But otherwise, it was deathly silent in the dressing room."

One other player did make some noise at full time. Cameras caught a furious Julian Weigl returning to the dressing room, throwing down his jersey, and yelling, "No balls, man! We played like little kids."

Zorc returned to precisely this subject in his comments on Thursday, picking up the "men against boys" motif and running with it.

"We don't need to talk too much about tactics and the like. We must play football like grown men! We need to be men on Saturday on the pitch. That's what will prove decisive," Zorc said. 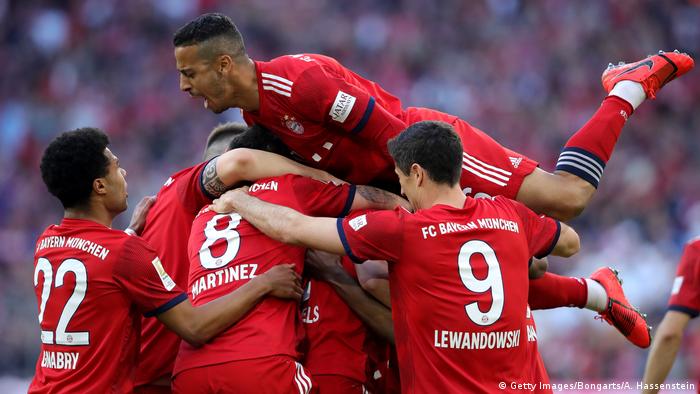 It remained unclear on Thursday whether captain Marco Reus and Jadon Sancho would be available for Saturday's match. Reus is doubtful due to ankle problems, while Sancho's struggling with a thigh strain. Dortmund coach Lucien Favre indicated to reporters that a decision on whether to dress either or both wouldn't come until Friday at the earliest.

Flick's focus on plugging leaks a saving grace for Dortmund?

If Dortmund are seeking a silver lining, perhaps it can be found in Bayern's bid to reestablish defensive stability after the departure of Niko Kovac. Bayern ground out a workmanlike 2-0 win against Olmpiacos in the Champions League on Wednesday, laying particular focus on protecting Manuel Neuer's goal. They allowed their rank outsider opponents just three shots all night, but had to wait almost 70 minutes to score themselves. If this remains the focus for Hansi Flick as he seeks to steady the Bavarian ship, perhaps Dortmund's back line can expect a slightly easier ride than in recent years.