Hertha Berlin aren't chasing silverware themselves, but have played a significant role at the Bundesliga summit. On Saturday, they have a final chance to influence the title race when Borussia Dortmund visit the capital. 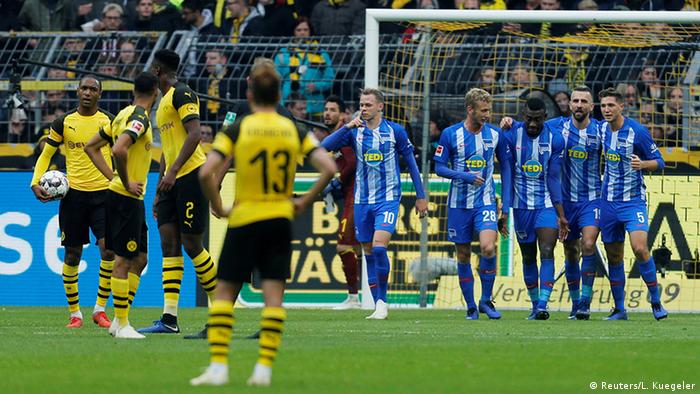 Despite a 3-1 win over Stuttgart last weekend, Borussia Dortmund dropped off top spot in the Bundesliga for the first time since Matchday 5. Still level on points with leaders Bayern Munich, Lucien Favre's side have a chance to send a message of intent by ending a near five-year wait for a league win in the German capital.

Opponents Hertha Berlin find themselves 22 points adrift of the Bundesliga summit themselves, but they've nevertheless influenced proceedings in one of the fiercest title races in recent memory.

On Matchday 6 an Ondrej Duda inspired performance produced a 2-0 win at home to Bayern, before they twice came from behind to clinch a 2-2 draw in Dortmund.

Dortmund won't have forgotten Salomon Kalou's 91st minute equalizer, but as one of just four teams to take points off of BVB in the first half of the season, Pal Dardai wants his charges to build on their performance from Matchday 9.

"The key will to be extremely concentrated and pretty much mistake-free," Dardai told the assembled press. "We want to, once again, give BVB very little room. A good result would be great for our club."

Hertha have only won five times on home soil in the current campaign, but three of those wins came against Bayern, Borussia Mönchengladbach and Eintracht Frankfurt. 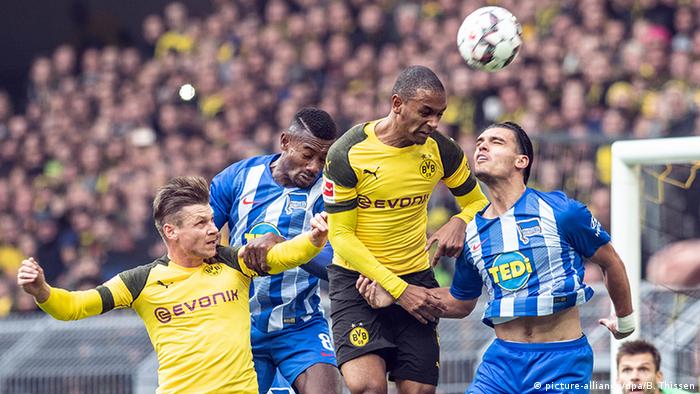 Borussia Dortmund have a chance to reclaim top spot on Saturday with Bayern in action a day later.

Borussia's bad phase behind them?

Dortmund, meanwhile, have already dropped as many points in the second half of the season as they did before the winter break. The victory over Stuttgart was far from their most convincing performance, but stoked the belief which had begun to wane as a result of a dip in form.

"We had a phase where our results weren't so good and believe we've now put it behind us. We will try everything to become German champions," said Lucien Favre, who unlike his side has fond memories of the capital having coached Hertha between 2007 and 2009.

"I have great memories of Berlin. They were my first club in the Bundesliga. I still have a lot of contact with the players from back then like Joe Simunic.

Could a familiar face be the key to Dortmund picking up three league points in Berlin for the first time since their 4-0 win on final matchday of the 2013-14 campaign? With the title race taking on a frantic pace entering the final stretch every game is now a must win for Favre and Co.

Opinion: Schalke are a shambles

A 7-0 humiliation at the hands of Manchester City was just the latest in a series of disastrous results as Schalke's season goes from bad to worse. DW's Matt Ford thinks the whole club needs to press reset. (13.03.2019)

Bayern Munich, Borussia Dortmund and Schalke were all humbled by Premier League opposition in the Round of 16 of the Champions League. For the English sides, it's their time. For the Bundesliga, there's no need to panic. (14.03.2019)

Domenico Tedesco knew his side had little hope of upsetting Pep Guardiola's team in the second leg of their Champions League tie, but what followed was worse than could have been imagined. Schalke are out, and how. (13.03.2019)