Buffer zone in Idlib: A ray of hope in Syria

The demilitarized buffer zone in the Syrian city of Idlib may be established on Monday — if Damascus and the rebels stick to the agreement. DW explains the key points. 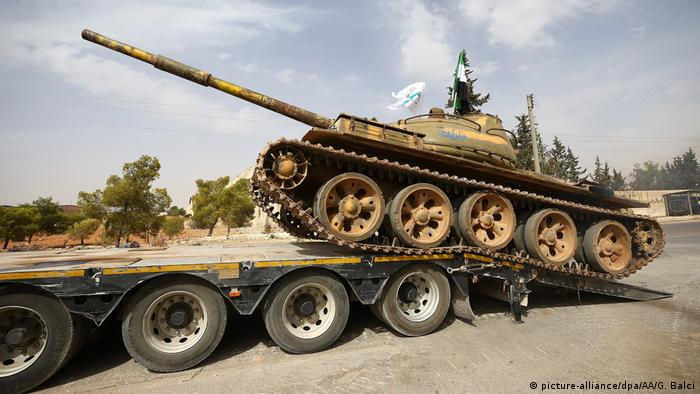 What area does the buffer zone cover?

The zone comprises a strip between 15 and 20 kilometers (9 to 12.4 miles) wide in the last remaining rebel stronghold, Idlib. Until a few days ago, various anti-Assad militias controlled strategically important roads there and operated artillery posts from which they would bombard the Syrian army. According to the demilitarization plan, the first step was for this heavy artillery to be withdrawn, and this has been surprisingly successful. The next step is for the last of the rebels to vacate the strip by October 15.

What is the zone intended to achieve?

It's primarily intended to prevent a major attack by the Syrian army on the province of Idlib, which has 3 million civilian inhabitants. If Assad's troops conquered the city, thousands would die or be forced to flee, as happened, for example, in Homs and Aleppo. The UN fears a potential humanitarian disaster. The other advantage of the buffer zone is that if Assad's army attacks despite the current agreement, civilians could flee to the zone and be provided with humanitarian aid there.

Are all the militias complying?

That remains to be seen. Certainly the withdrawal of the heavy weaponry went well for the most part. It's still not clear whether the fighters will disappear from the whole area, as there is a rift between some of the Islamist groups. Many radical former "Islamic State” (IS) or al-Qaida fighters see retreat as an act of treason. Most of the other rebels, though, see withdrawal from the buffer zone as a chance to regroup elsewhere and entrench themselves for a possible defensive battle later on. 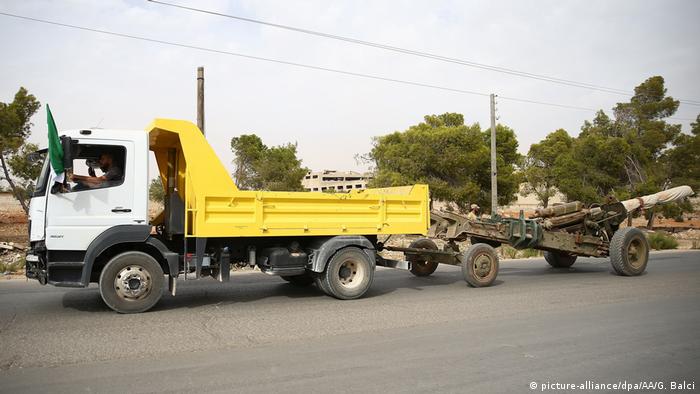 A number of groups have withdrawn their heavy weaponry

Who had the idea?

Turkish President Recep Tayyip Erdogan and Russian President Vladimir Putin. The two of them reached an agreement to this effect in mid-September. Although they support different sides in the conflict, neither has any interest in a major offensive. Erdogan fears that hundreds of thousands of Syrians would flee to neighboring Turkey, and Putin doesn't want to expose his soldiers to the military risks. Nor does he want to endanger Russia's new-found friendship with Turkey. The idea is for Turkish and Russian soldiers to guard the buffer zone together once it has been set up.

What does Assad gain from demilitarization?

Nothing at all. The dictator would prefer to raze Idlib to the ground right now and eliminate the last of the rebels — but he is dependent on his Russian brothers-in-arms. Without Putin's troops, Assad would not still be in power today. So — very reluctantly — he is doing what Putin wants. However, he has made clear that he regards the buffer zone as a temporary measure. 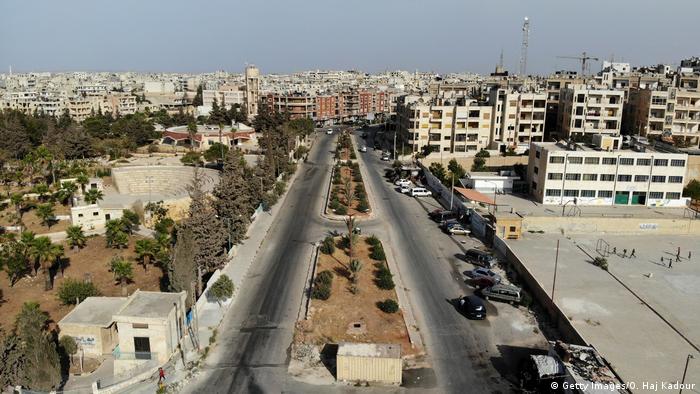 Does Germany support the buffer zone?

Absolutely. Because there's no better alternative. The German government supports any kind of ceasefire and demilitarization in conflict zones, even if they're only brief — because they create the time and space to develop further political initiatives. Germany has also held out the prospect of providing several million euros for the humanitarian care of the inhabitants of Idlib. Only military intervention in the conflict  has been described by Foreign Minister Heiko Maas as "unrealistic.”

Does this mean there will soon be a political solution for Syria?

Not all that soon; the situation is still too difficult for that. Putin wants Assad to stay in power, because he sees this as the only way of guaranteeing Russian influence in the region. The West would like to get rid of Assad, but it doesn't know how. However, Russia and the Europeans have something in common, too: They want the war to end as soon as possible. The cost of the foreign deployment is starting to become too high for Moscow, while the Europeans and Turkey want an end to the flow of refugees from Syria. This is why German Chancellor Angela Merkel is pushing for a summit meeting: She wants Russia, Turkey, France and Germany to come together in October and explore potential prospects for peace.

Demilitarized zone in Syria's Idlib: What comes next?

Russia and Turkey have reached an agreement to prevent an assault on Syria's Idlib. The deal has drawn praise in the Arab media for preventing further bloodshed, but critics are skeptical it will foster lasting peace. (18.09.2018)