Whether drinking wine in Croatia, learning about austerity from Greek students in Spain or doing anything else in 37 countries, millions of European youths can thank the Erasmus exchange for broadening their horizons. 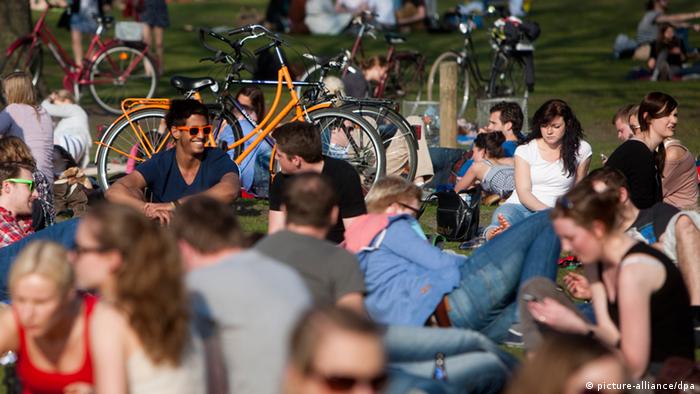 At a time when nationalism is on the rise in Europe and across the Atlantic, one initiative that has significantly contributed to cross-border cooperation and social cohesion between EU and associated countries is now celebrating a big anniversary: The European Region Action Scheme for the Mobility of University Students (Erasmus) exchange program is turning 30 this year. 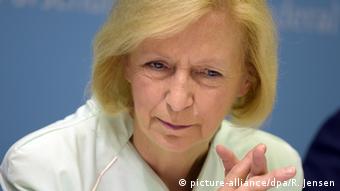 Wanka is optimistic about the future of the Erasmus program

Over the past three decades, Erasmus has helped 9 million people get acquainted with European countries other than their own. German Education and Research Minister Johanna Wanka said the program was one of the things that has really worked in Europe.

"It's impressive to look at the numbers and see the effect that shorter or longer stays abroad can have on our young people," Wanka told the German news agency dpa.

The program allows students to study abroad without having to pay additional tuition at their host universities. Participants also don't have to worry about lost time: All credits earned while studying abroad with Erasmus transfer to their home institutions. Students also get small monthly stipends from their home universities, which depend on where they go and how much money their schools have available to support them while they're there.

It's not just EU countries that participate: In addition to the 28 member states, Macedonia, Iceland, Norway, Liechtenstein and Turkey are among the nations that are part of Erasmus. 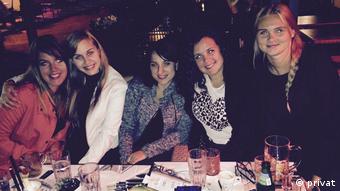 Christina (left) with friends during her Erasmus semester in Zagreb

From Berlin, Lisa spent the fall semester of 2009 in Malaga, Spain, en route to earning her her bachelor's in European studies at

Maastricht University in the Netherlands. She told DW that people who are brave enough and curious enough to study abroad with Erasmus generally return home richer for their experiences.

"I really got to know the people around me in Europe," Lisa said. "It was mostly about cultural learning and language, spending time with all the other Erasmus students."

Lisa's classes were in Spanish, and she greatly improved her proficiency in the six months she spent in Malaga. She didn't feel that her classes in Spain were up to the level of those back home, but pointed out that most Erasmus students don't go for the academic knowledge.

"You want to pick up things you couldn't learn staying at home," Lisa said. "I met several Greek students right at the beginning of the financial crisis there. Learning about their struggles and getting to know them personally gave me a totally different perspective."

Christina, from the northern German city of Bremen, spent her Erasmus semester at Zagreb's University of Applied Sciences (Vern) in the spring of 2015. She told DW that studying in Croatia's capital had made her more tolerant, open and willing to help others.

"You know what it's like trying to buy a bus ticket when you don't speak the language, so you make more of an effort to help others with their everyday problems as well," said Christina, who is close to finishing her bachelor's degree in leisure science at Bremen's own University of Applied Sciences.

Christina chose Croatia because Vern offers classes in English - and because Zagreb is warm and sunny, "unlike northern Germany." It ended up being a good choice. Christina said classes at Vern required her and her fellow students to be creative. In exams they didn't just have to regurgitate facts they had crammed before: Instead, for just one example, they described tourist ventures that they would apply to certain demographics.

She said Croatian students who had themselves done semesters elsewhere were more open to interacting with foreigners. "Erasmus really makes a difference," Christina said. "Those who hadn't gone abroad weren't as tolerant or curious. They didn't really want to speak English with us." 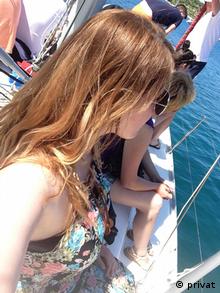 But the international students still found a way to get to know the locals: They organized a trip to a nearby island, where they mingled and drank Croatian wine together. After that, everyone got along much better. "They saw that we were just like them," Christina said.

That's the idea behind Erasmus: By interacting with and forming friendships with people from different countries, students learn the value of international relations and realize that foreigners aren't that different from them. It is meant to propagate tolerance and quench hate.

In 2014, Erasmus merged with a host of other programs. The new Erasmus+ includes opportunities for individuals to volunteer in other countries, for high school exchanges and for companies to cooperate on international joint projects.

"The Erasmus+ Programme has been enriching lives for the past 30 years," the European Commission states on a special anniversary website. "Whether people have improved their chances of finding a job, developed fresh perspectives on sustainable development, learnt a new language, gained a clearer idea of European citizenship, or found a new passion for volunteering: Erasmus+ has produced many success stories."

The Erasmus program has given Europe a million babies. A study of the 27-year-old student exchange showed that over a quarter of people who took part had met their current life partner during their studies abroad. (22.09.2014)

In 1999, Germany signed the Bologna Reform to join a European educational system. Internationally recognized bachelor’s and master’s degrees were introduced. Now, 15 years later, not many are happy with the reform. (19.06.2014)

Never before have so many foreign students studied in Germany, while one in three German students goes abroad. Education Minister Johanna Wanka says Germany is more welcoming than its reputation implies. (17.07.2014)