The UK says the EU figure of €47.5 billion was for its "own internal accounting" and does not reflect money owed back to Britain. 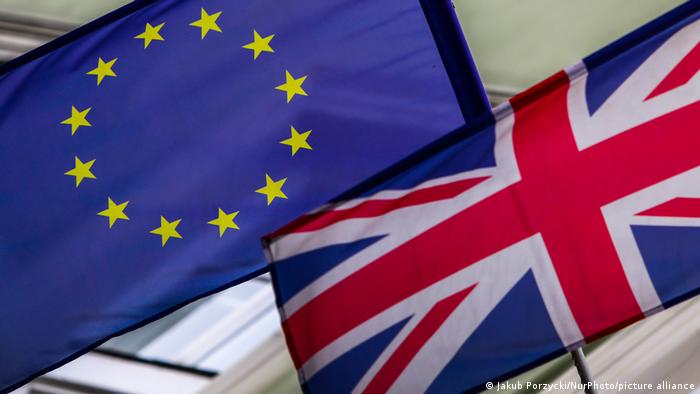 The European Commission said Friday that its calculation of the Brexit divorce bill was "final."

A UK government spokesperson contradicted the EU figure, saying the bill for leaving the EU was in fact between €41 billion and €45 billion.

The settlement is part of the UK's withdrawal agreement after it voted to leave the EU.

What the EU says about the Brexit bill

European Commission spokesman Balazs Ujvari said: "The report is final and the calculations were made in line with the withdrawal agreement."

It followed a 200-page annual accounts document published by the EU on June 30.

Ujvari said the report stated that the sum was "€47.5 billion, which the United Kingdom is going to have to pay into the European Union budget over the course of the next years."

However, he did say that the UK paid the first installment of that bill, €6.8 billion, in full and on time in June.

What the UK says about the Brexit bill

The British government has committed to paying its bill partly to contribute to pension funds but has disagreed on the calculations over the final amount.

It follows a year of disagreements with the European Union that finally saw a deal wrapped up on Christmas Eve last year.

A British official said: "The UK Government's estimate of the value of the net financial settlement remains in the central range of £35 to 39 billion (€41 to 45 billion).

"We do not recognise the figure quoted by the EU for the Brexit bill."

Why is there a discrepancy?

The UK spokesperson said the EU calculations were "an estimate produced by the EU for its own internal accounting purposes."

"It doesn't, for instance, reflect money owed back to the UK, which reduces the amount we pay," the official claimed.

Boris Johnson is looking to "shortly" present the British sums to the UK parliament, said the spokesperson.

However, Ujvari said: "Everything that had to be done was done. Therefore, we have no indication whatsoever that the overall figure would be contested."