The chairman of a German parliamentary inquiry has denied a report that the country's lawmakers leaked secret data about cooperation between US and German spy agencies. However, he said the cooperation was necessary. 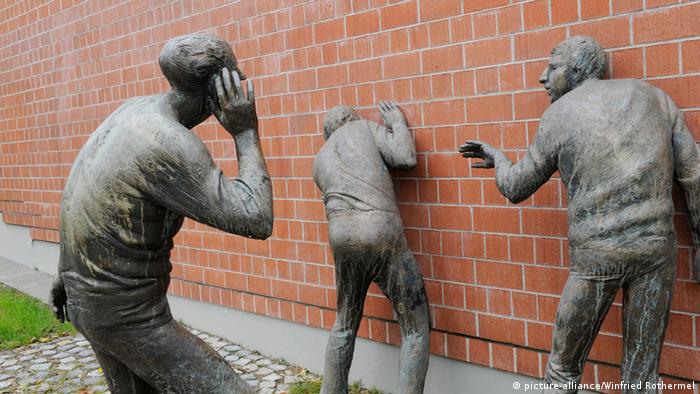 Patrick Sensburg, the chairman of a German parliamentary committee looking into US National Security Agency (NSA) surveillance, told the weekly "Frankfurter Allgemeine Sonntagszeitung" that German lawmakers were not responsible for the leakage of secret NSA data.

Tension in ties between the United States and Germany heightened yet again Saturday when the mass-market "Bild" newspaper reported that US intelligence agencies had started reviewing their cooperation with Germany's foreign intelligence agency, the BND, as reports emerged that confidential information was leaked to the media by a German parliamentary committee.

Allegations that the BND helped the NSA spy on European companies and officials has also strained Chancellor Angela Merkel's coalition and damaged her popularity. Revelations by former NSA contractor Edward Snowden in 2013 about wide-ranging espionage in Germany by the United States, including allegations that the NSA tapped Merkel's mobile phone, caused outrage in Germany. Merkel criticized the NSA at that time but argued that the BND must work with the US spies to fight terrorism.

"The German government puts great faith in the intelligence cooperation with the United States to protect our citizens," a government spokesman said when asked about the "Bild" report. "The government doesn't comment on the details of that cooperation in public but rather in parliament committees."

A US official said the leaks were worse than those attributed to Snowden, according to "Bild."

"What the German government is now doing is more dangerous than what Snowden did," the official was quoted as saying.

But Sensburg said cooperation between the NSA and the BND was "good and positive" overall and that both sides needed each other.

Thomas Oppermann, the Social Democratic Party's (SPD) parliamentary chairman, also said that German intelligence would not be able to work effectively without US help. "We cannot and will not afford to terminate cooperation with the American intelligence services," Oppermann told the "Welt am Sonntag" newspaper.

Oppermann said a large part of the NSA activities were outsourced to private companies. "I think that is highly problematic."

Deadline for the chancellor

Pressure is increasing on Merkel as critics accuse her staff of allowing the BND to help the NSA. The Chancellery is responsible for overseeing all German intelligence services. A poll conducted last week found that one in three Germans feels deceived by Merkel.

German opposition lawmakers in the parliamentary committee have called on the government to publish the NSA lists, which may include data such as names, telephone numbers or Internet protocol (IP) addresses.

The Social Democratic Party, the junior member in Merkel's so-called grand coalition government, has seen support increase as the surveillance scandal goes on.

"I expect that the government will provide clarity on the issue until the next parliamentary session," SPD General Secretary Yasmin Fahimi told the "Bild am Sonntag" newspaper.

The German state is undermining constitutional civil rights, according to a report by eight civil rights groups in Germany. No lessons had been learned two years after the Snowden revelations, it claims. (22.05.2015)