Brazil's president has made it easier for people to get their hands on foreign guns and carry more ammunition. Supporters say it will help people defend themselves in a country plagued by endemic violence. 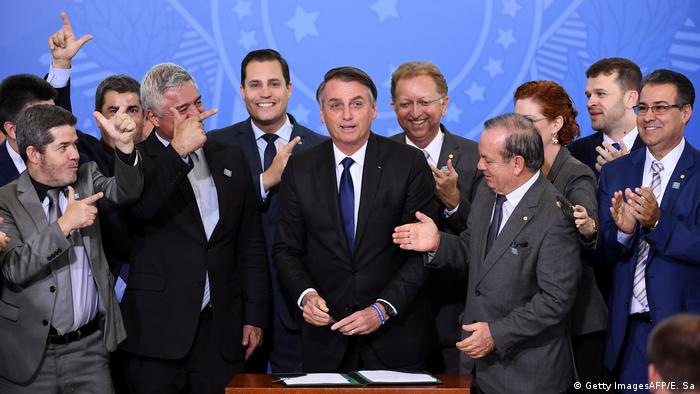 "Public security starts inside your home," he said as lawmakers who observed him sign the order cheered and made gun gestures with their hands.

Previously, people were barred from importing guns if a domestic manufacturer produced a similar weapon.

"We broke the monopoly," Bolsonaro said. "You couldn't import, and now we have ended this."

An initial version of the decree only made it easier for collectors and hunters to travel with their guns. That provision also made it into the expanded, final draft.

The president, who campaigned for weaker gun laws as a candidate last year, signed a decree in January that lifted several restrictions on gun ownership.

Supporters say the moves will help Brazilians defend themselves amid rising crime rates. Brazil's murder rate is three times higher than the level considered by the United Nations to be endemic violence.