A rights group wants the International Criminal Court to investigate President Bolsonaro for genocide against indigenous groups. The group has accused him of a role in the deaths of indigenous leaders and Amazon fires. 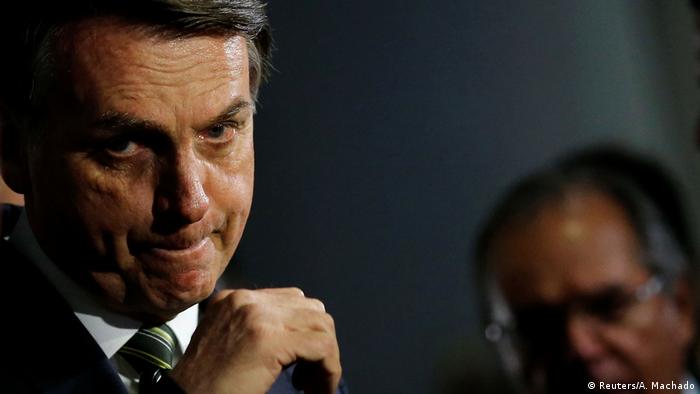 The commission denounced what it called "widespread, systematic attacks'' on indigenous groups as part of its claim.

Bensouda must now research the accusation before reaching a decision on whether to follow through with the investigation in a preliminary chamber.

The lawyers who filed the suit claim that Bolsonaro "decided to destroy the Amazon under the pretext of developing the region," according to Brazilian newspaper Estadao.

They also accused Bolsanaro's administration of passing policies that create violence and conflicts in the countryside that directly harm indigenous groups.

Lawyer Belisario dos Santos highlighted the murder of indigenous leader Paulino Guajajara on November 1 as an example of state-enabled violence against indigenous peoples.

Government hate speech "has clear consequences in their lives" he added.

The group also mentioned the numerous Amazonian forest fires as an example of the Bolsanaro administration's failure to protect the environment and livelihood of indigenous groups.

Bensouda must now request further information from states, UN bodies, intergovernmental and non-governmental organizations and other relevant sources, before she makes an application for a pre-trial chamber to begin investigations.

The Hague-based ICC receives many complaints annually. Most do not lead to investigations or indictments.

However, if convicted Bolsanaro could face a prison sentence of 30 years to life, as well as fines and confiscation of property.

Bolsonaro dismissed the accusations on Thursday.

The Arns Commission contains six former Cabinet ministers who are part of Brazil's political opposition as well as lawyers, journalists, analysts and environmentalists.

For the Guarana growers of the Amazon, the caffeine-rich berries aren't just a fortifying brew but part of ancient tradition that respects their rainforest home. (13.06.2019)

The Guardians of the Amazon

The Amazon rainforest is often called the Earth’s ‘green lung’. Today, indigenous peoples like the Yawalapiti are its last guardians. The film’s images chart their struggle to preserve the rainforest and their culture. (03.07.2019)