The nationwide protests against President Jair Bolsonaro's government come as Brazil passed the grim threshold of 500,000 coronavirus deaths — the second-highest death toll in the world. 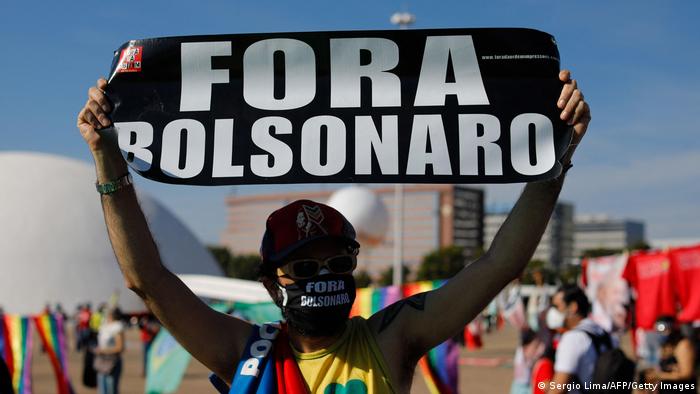 Protesters took to the streets across Brazil on Saturday to demand President Jair Bolsonaro's resignation over his response to the pandemic.

The Brazilian government has come under increasing pressure for its COVID-19 policies, with the country experiencing one of the world's worst outbreaks.

Thousands of people protested in the capital, Brasilia, as well as 43 other cities, according to Brazilian broadcaster Globo. 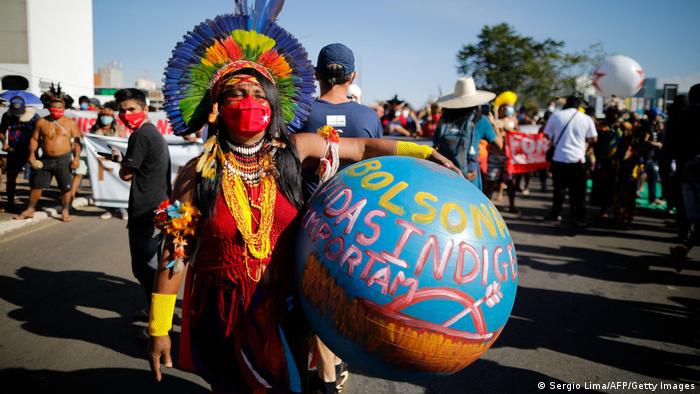 Brazil's indigenous communities have been devastated by the virus

"We are protesting against the genocidal Bolsonaro government that did not buy vaccines and has done nothing to take care of its people in the last year," Aline Rabelo, a 36-year-old protesting in Brasilia, told Reuters news agency.

While thousands turned out across the country for the demonstrations, attendance appeared to be lower than the mass protests held at the end of May. 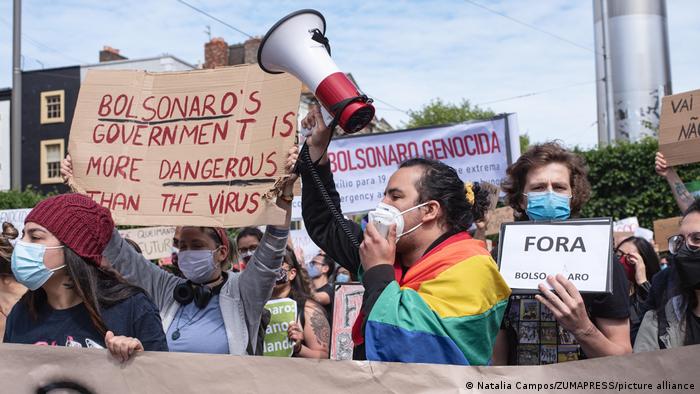 A demonstration against Bolsonaro's government was also held in Dublin, Ireland

How has Bolsonaro responded to the crisis?

Bolsonaro has been widely criticized for not taking up early offers to buy coronavirus vaccines. To date, only 11% of Brazil's population is fully vaccinated while 29% have received a first dose, according to the Health Ministry.

The Brazilian president — who fell ill with the coronavirus in July last year — has also downplayed the severity of the pandemic from the start and opposed lockdown measures on economic grounds.

Most recently, he voiced doubt over the ability of coronavirus vaccines to combat the pandemic.

A special parliamentary committee is currently investigating the Bolsonaro administration's management of the pandemic.