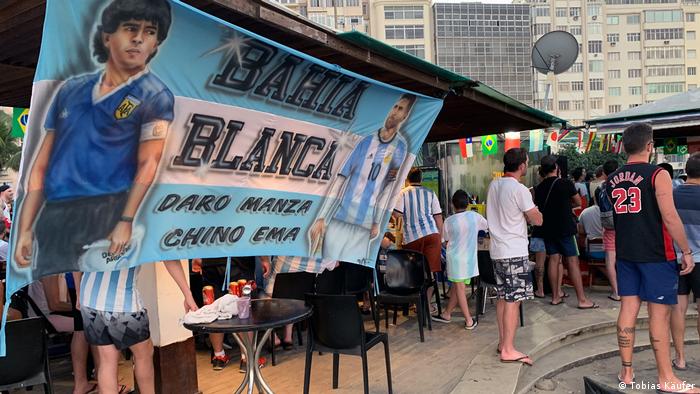 A good two years ago, Thiago Bri was overrun with customers.

His bar, Dantes, in the Copacabana district of Rio de Janeiro became the unofficial meeting place for hundreds of fans from Chile cheering on their team during the last Copa America, the South American championship. Chile made it to the semifinals where they lost to Peru, while Brazil won it all. Nobody is expecting the same festive atmosphere this year as there was in 2019.

The mood among fans was also subdued before the kickoff Brazil's first match against Venezuela, which the hosts won 3-0 in Brasilia.

"It's going to be the worst Copa America ever," football fan Ronaldo de Souza told DW, saying he wondered how any real enthusiasm could be generated "when the players don't really want to play and there will be no spectators."

The 37-year-old also blames the media coverage in Brazil for this. There are TV stations, de Souza said, that were out to stop the tournament and cast it in a negative light simply because they lost the broadcasting rights. 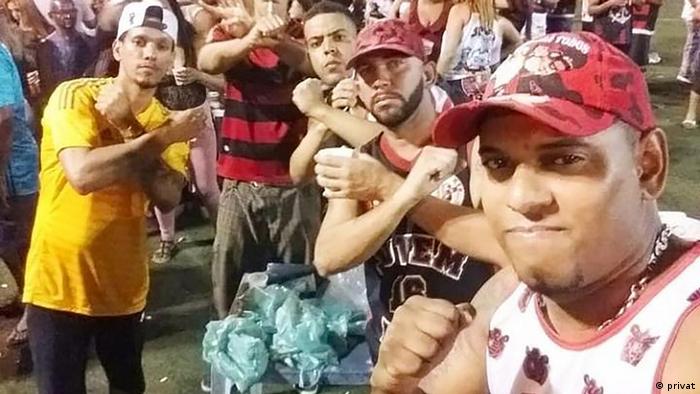 Ronaldo de Souza's having trouble getting excited about the Copa

A few days ago, the Selecao players themselves expressed their displeasure following their World Cup qualifier in Paraguay.

"We are against organizing the Copa America, but we will never say no to the Brazilian national team," they said in a joint statement.

'Other events going ahead'

Former Brazil international Beto, who spent a season at Napoli in the late 1990s, has mixed feelings about the tournament.

"The Copa America is taking place during a sad time in Brazil," the 46-year-old former midfielder told DW, referring to the coronavirus pandemic, which has killed almost 500,000 people nationwide. At the same time, he said, the criticism of hosting the Copa America was a bit unfair.

"After all, there are all the other events going ahead, like the Copa Libertadores, the Copa do Brasil, so why not the Copa America?" Beto asked.

He also noted that it was clear that there is also a political aspect to the tournament because the president had brought the Copa America to Brazil after the South American football confederation, COMEBOL, had withdrawn the rights of Colombia and Argentina to co-host the event. COMEBOL first took the tournament away from Colombia due to ongoing political unrest before withdrawing it from Argentina due to COVID-19 concerns.

Beto said that, though there is much political controversy about the event in Brazil, "we have to put that aside and say football is football and politics is politics. And let's live football."

One person who has been feeling the impact of politics on football for years is Cacique Jose Urutau. He lives right next door to the Maracana stadium in Rio de Janeiro in an indigenous cultural museum that was supposed to make way for VIP parking for World Cup 2014 and Olympics 2016.

The Maracana is also to host the final of the Copa America 2021. Urutau has been holding out here for years in resistance to these massive projects and to try to save the museum. He has lost all faith in politics and the government. 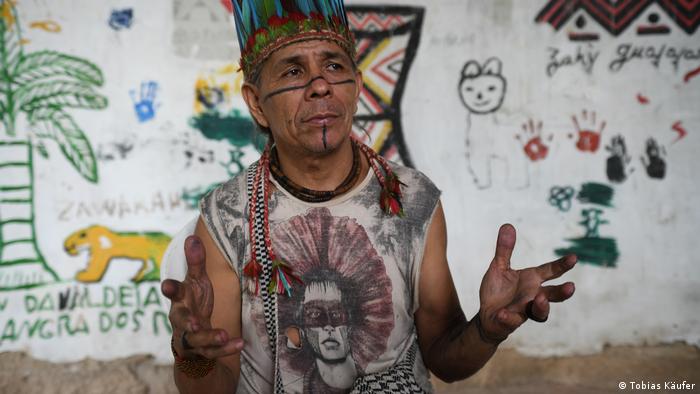 "These two megaevents, the 2014 World Cup and 2016 Olympics, were terrible for the social movements and for our indigenous village of Maracana," he said. "The state overrode everything. That legacy remains."

And the renewed Copa America will once again bring crowds, he said, despite the pandemic and the promises.

"No matter what they say, there are always people coming here to see the players," he said. "There are policemen coming to lock everything down. Journalists will be coming."

Back at the Dantes bar, Thiago Bri is still holding out a little hope that the Copa will bring him at least some business. It's not about football for him, though.

"For me, it's about not having to fire any of my employees after all these hard months," he said.

Brazil to host Copa America after Argentina and Colombia stripped of tournament 31.05.2021

The hosting rights for the 2020 Copa America have been taken away from co-hosts Argentina and Colombia and awarded to Brazil just two weeks before the start of the tournament. Brazil hosted and won the last Copa in 2019.