Fourteen people have been injured after two separate fights broke out at a migrant shelter in northern Germany. Police are investigating an attempted homicide after a 14-year-old Afghan boy was critically injured. 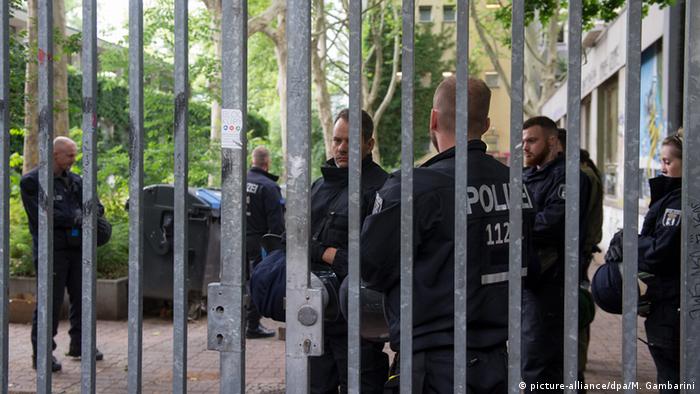 The 14-year-old Afghan boy suffered severe head injuries after being punched and stomped on during a Saturday night brawl that involved at least 50 people, police said.

The free-for-all followed a fight on Friday night at the same shelter in the northern German district of Verden, some 90 kilometers (56 miles) northwest of Hanover.

The Friday night clash saw at least 30 Afghan and Iraqi Kurdish migrants going at each other with iron bars and fire extinguishers, police said.

Police were able to put down the riot after a large deployment of officers.

It is unclear what exactly triggered the second clash, but police said it was likely a continuation of Friday night's violence, which was allegedly caused by the theft of a speaker.

Police said they had set up a commission to investigate the violence and attempted homicide.

One 19-year-old suspect has been temporarily detained.

Germany took in nearly 1.1 million migrants and refugees last year, a number that has stressed resources and accommodations.

A new cultural program in Berlin seeks to integrate Muslim migrants through art and culture tours of museums. The program has exceeded expectations, with the number of tours doubling. (10.05.2016)