The German government expects to spend 93.6 billion euros ($106 billion) supporting refugees over the next five years, German media reported. State and federal governments are debating how to divvy up the costs. 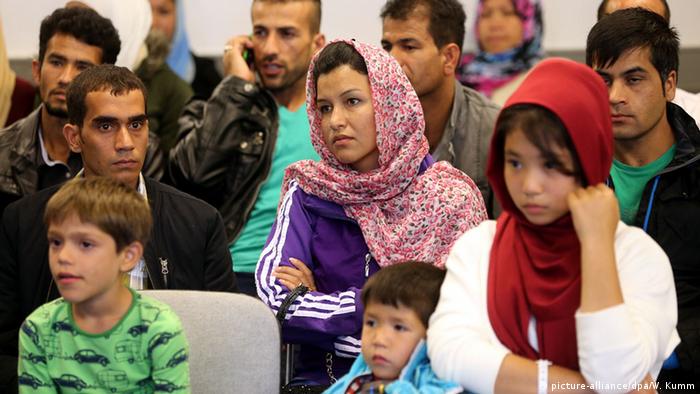 Weekly news magazine "Der Spiegel" quoted a federal Finance Ministry document in its edition published Saturday calling for 93.6 billion euros to be spent on refugees over the next five years.

The overall amount of 93.6 billion euros also includes money set aside for efforts to combat the reasons people flee their home countries to seek refuge in Germany in the first place. 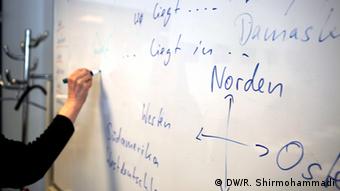 Germany expects to spend about 5.6 billion euros on language courses for refugees in the next five years

Officials based their estimates on a declining number of refugee arrivals - 600,000 this year, 400,000 next year and 300,000 each year after that until 2020. In their calculations it was also assumed that 55 percent of the people who are recognized as refugees would find jobs within five years.

A Finance Ministry spokesman declined to comment on the figures. However, he confirmed there were ongoing talks among federal government officials and representatives from Germany's 16 states and that a meeting was due to be held on May 31 to clarify how the costs would be shared. German states have long complained they are struggling to cope with the demands of so many refugee arrivals.

"Der Spiegel" reported Saturday that state administrations expected to face costs of about 21 billion euros this year, rising to about 30 billion by 2020. The magazine said the states wanted the federal government to bear half of refugee-related costs, but Berlin has said the states' calculations were incorrect.

About 1.1 million people entered Germany seeking asylum during 2015, many of them from Syria, Afghanistan and Iraq. While the associated spending has been credited with boosting Germany's economy in the first three months of this year, it has fueled anti-migrant sentiment among some Germans who believe refugees are getting preferential treatment.

The populist Alternative for Germany party has had increasing success in the polls thanks in large part to voters who are unhappy with German Chancellor Angela Merkel's refugee policies.

The German government will have to spend 50 billion euros on refugees during this year and next, a new study estimates. In order to balance these costs, researchers urge financial restraint elsewhere. (01.02.2016)