German auto giant BMW has announced it plans to recall nearly 12,000 cars after it admitted the vehicles had the wrong emissions software installed. BMW 5-series and 7-series built between 2012 and 2017 are affected. 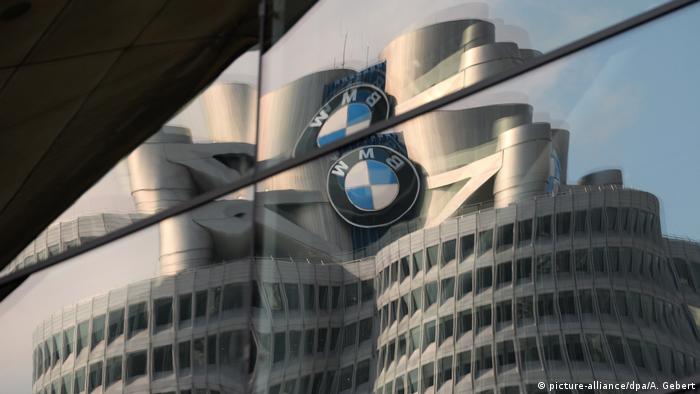 German carmaker BMW will recall and install a software update on nearly 12,000 diesel cars worldwide, the company announced on Friday.

BMW "noticed during internal testing that correctly programmed software was wrongly used in a few models," the Munich-based company said in a statement, adding that it had "immediately informed the relevant authorities ... [and] therefore plans to recall 11,700 vehicles worldwide."

The company had reportedly discovered that it had wrongly installed the emissions software built for the X5 and X6 SUV models into the 5-series and 7-series.

As a result, the affected cars had been releasing more harmful emissions on the road than when tested in a lab since 2014, when BMW released the wrong software update.

The carmaker said the new software would be made available once it had been approved by the relevant authorities.

BMW insists it was honest error

The announcement followed a report by German weekly Der Spiegel earlier Friday that BMW had admitted to the German vehicle licensing authority, KBA, that some of its cars included software that could mislead regulatory tests over the levels of harmful nitrogen oxides it emitted.

A BMW spokesperson subsequently told Spiegel, "We do not consider the software to be a 'defeat device,'" a program designed to cheat regulatory emissions checks.

Suspicion fell on the German car industry after Volkswagen — the parent company of BMW's main competitor, Audi — admitted in 2015 to equipping some 11 million of its cars with software designed to make its cars appear less polluting in lab tests than they were on the road.

The scandal has so far cost VW some €20 billion ($24.6 billion) in fines, buybacks and compensation.

BMW, however, has successfully maintained its reputation amid the scandal.

Last week, the KBA found that BMW's 3-series cars had complied with all environmental checks and regulations, following calls for an investigation into the car model by a German environmental and consumer protection body.

The results of the probe prompted BMW's head of development, Klaus Fröhlich, to boldly pronounce, "Our diesel engines are clean. The public, politicians and above all our customers and employees can count on that."

BMW, however, was among the carmakers implicated in commissioning experiments by a research group that included exposing monkeys to toxic diesel fumes.