The new US president has said he will reverse the "draconian" policies of the previous administration. Former President Trump made cracking down on both legal and illegal migration one of his flagship policies. 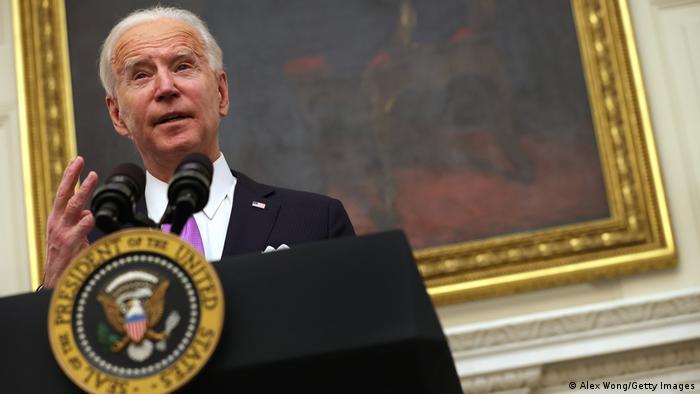 US President Joe Biden will reverse what the White House described as Donald Trump's "draconian immigration policies," according to a readout of a call with Biden's Mexican counterpart released on Saturday.

A White House statement said Biden outlined his plan to create new legal pathways for immigration to the United States and improve the process for people requesting asylum.

The pair vowed to work together to reduce "irregular migration," the release said.

The US expects Mexico to play a major role in President Biden's plans for immigration reform.

Earlier this month, Mexico helped coordinate efforts in Central America to contain a large caravan of migrants headed for the US border.

Mexico's Foreign Ministry also said it had begun talks with Washington about a COVID-19-related order signed by Biden to establish firmer health protocols for people entering US territory.

"Everything indicates relations will be good and for the benefit of our people and nations," the Mexican president said.

Biden's inauguration comes at a time of simmering tension over a now-dropped US investigation into former Mexican defense secretary Salvador Cienfuegos, who was accused of money laundering and of having links to a drug cartel. 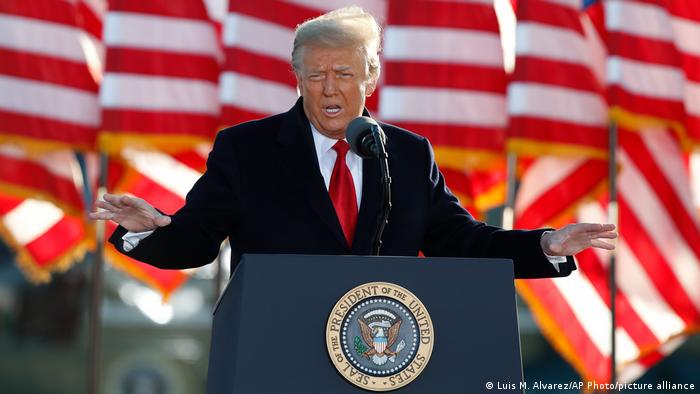 Biden has set to work reversing many of Donald Trump's policies

A reversal of Trump's policies

Biden's predecessor, Donald Trump, made cracking down on both legal and illegal migration one of his flagship policies.

Trump also began work on building a wall along the border between the two countries, which Biden has already discontinued.

The new administration will also make an early push for an amnesty of people living in the US illegally. The citizenship process in Biden's plan would take as little as three years for some people, eight years for others.

It would make it easier for certain workers to stay in the US temporarily or permanently, provide development aid to Central American nations in hopes of reducing immigration and move toward bolstering border screening technology.

Can Biden get his plans through the Senate?

The Senate is split evenly between the two parties, with Vice President Kamala Harris tipping the chamber to the Democrats with her tie-breaking vote.

That means 10 Republicans must join all 50 Democrats to enact an immigration measure, a tall order.

"Passing immigration reform through the Senate, particularly, is a Herculean task," warned Senator Bob Menendez, a New Jersey Democrat. He said Democrats "will get it done" but the effort will require negotiation.

But Senator Lindsey Graham, a Republican from South Carolina said "comprehensive immigration is going to be a tough sale" this year.

The "deal" President Trump announced to temporarily end the longest government shutdown in US history was no deal at all. But given the suffering his shutdown continues to cause for so many, there are no winners here.