Beyond the beaches: Discovering Crete's delicacies

Although many tourists head to Crete for its beaches with a day-trip to the ruins of Knossos, supporting the local wine and olive oil producers is an authentic experience that shouldn't be missed. 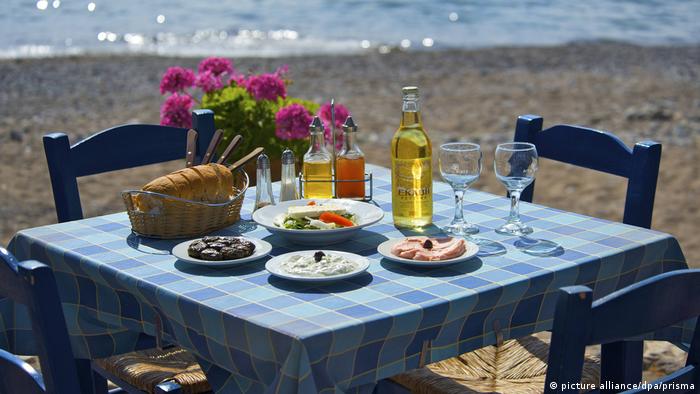 In the 1970s, tourism replaced agriculture as Crete's economic mainstay. Nowadays, most of visitors come through package tours, mainly attracted by the Greek island's amazing Mediterranean beaches. Along the way, the curious tourist will also soak up impressions of Crete's ancient history.

Knossos, the island's most famous archaeological site, has been dubbed "Europe's oldest city." A nearby site, the Minoan ruins of Vathypetro, boasts of some of the world's oldest wine presses and other artifacts demonstrating that olive oil and wine have been produced on the island for thousands of years. 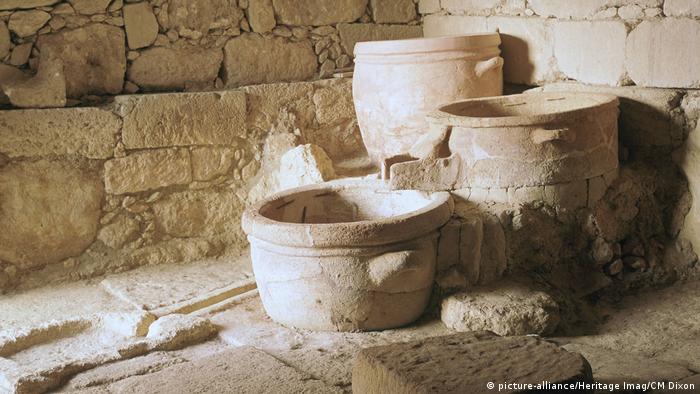 To this day, small farmers proudly preserve Cretan traditions. Despite the growth of tourism, viticulture and olive groves still play a significant role in the island's economy.

Winemaking is also a centuries-old tradition at the Monastery of St. George Apanosifis. Perched up in the hills, just 30 kilometers (19 miles) from bustling Heraklion, the island's largest city, the monks' peaceful domain overlooks a typical Cretan landscape - a combination of vineyards and fields of olive trees. 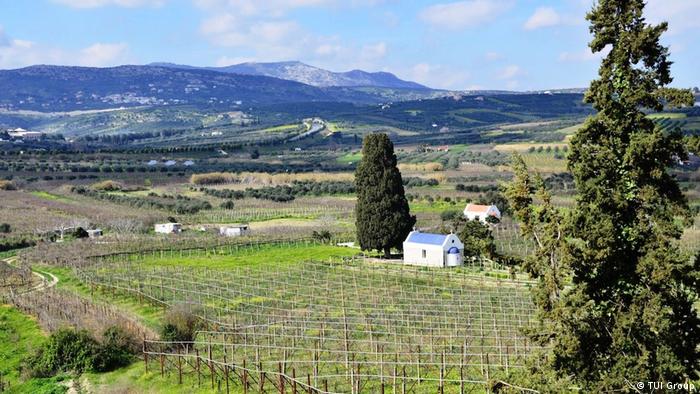 Greeting our group of visitors is Reverend Dr. Athinagoras, a monk with an unusual background: He has a Ph.D. in Quantum Physics from Stanford University and used to be a university professor in California before he decided to become a monk and returned to his homeland.

Reverend Athinagoras was inspired by California's consciousness for organic food when he decided to commit to the monastery: "This brotherhood is very open-minded while showing respect for traditions: I found it provided good grounds to increase awareness in Crete."

Returning to the original taste of Crete

If awareness for organic food is an established trend in some areas of the world, there is still much work to do to change mentalities in Crete. Although farmers had traditionally developed methods to work around the land's arid conditions, "During the last decades, we became a bit spoiled: To solve a problem, we used pesticides," the monk explained. 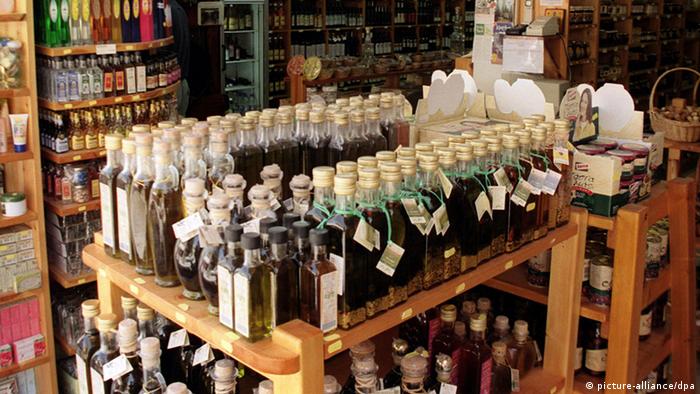 Local products for sale in the shops in Crete

The monastery's vineyard is not completely pesticide-free, as its manager, Reverend Athinagoras works towards promoting "smart work and respect for the environment, which is the only way to survive," he said. He was therefore happy to find out that other people were working towards this goal within the country.

A project with similar objectives is currently being set up in Crete. "Taste Crete," an endeavor initiated by the TUI Care Foundation and the sustainability initiative Futouris, aims to support the island's wine and olive oil producers' transition to sustainable agriculture and help them build stronger networks with the main hotel owners. 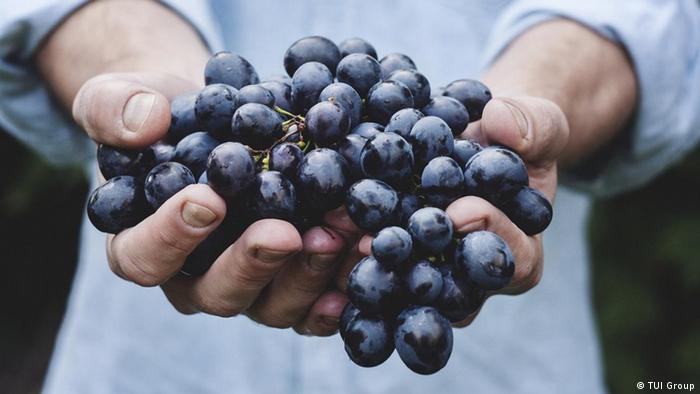 Currently, many hotel chains must import their olive oil from Athens, while the local farmers struggle to distribute their products. By organizing as cooperatives, small producers have better chances of reaching larger local markets.

Interest in the project turned out to be stronger than expected: "We initially predicted that 26 farmers would take part, but we already have more than 100 local business participating," said Thomas Ellerbeck, chairman of the board of trustees of TUI Care Foundation.

Tasting wine amidst the fields

Along with the goal of improving distribution networks between hotels and farmers, the promoters of the project are setting up a sustainable wine excursion for small groups, to raise awareness for indigenous Cretan wines, called "From the Cretan Soil to Your Glass." 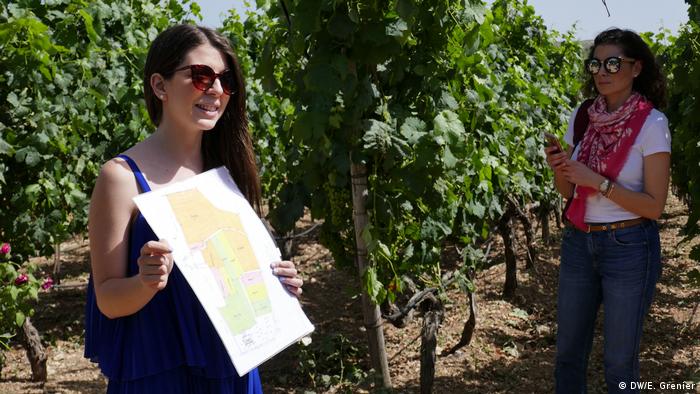 "I've heard so many people who were surprised by our local wines, who'd say, 'I thought you only had Retsina wine,'" said one of the project partners, Maria Valerga, senior consultant for sustainability and food safety in tourism for the group Local Food Experts.

In fact, the up-and-coming wines one can discover on Crete have nothing to do with the well-known Greek resinated wine.

One of the planned stops of the tour is at the Lyrarakis Estate, where visitors can walk through the vineyards and taste different wines and find out more about the particularities of Cretan wine directly from the people who work there. "Our guests want a more direct communication with the wine-growers. They want to hear their stories," said Maria Valerga. 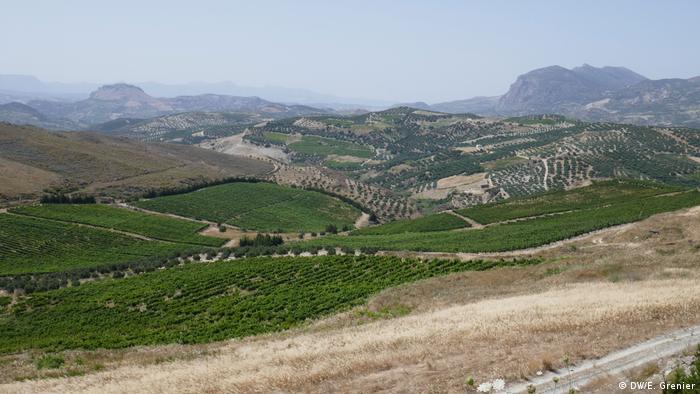 The Lyrarakis family winery has been producing wines since 1966, and has recently started specializing in rare local varieties. "Before, the trend was to focus on international grapes such as Sauvignon and Chardonnay, which is why local varieties became endangered," explained Bart Lyrarakis, CEO of the estate. The family has revived different ancient Cretan grapes that were threatened with extinction, among which the white varieties Plyto and Dafni, from which they produce award-winning wines.

Although it requires promotion work to get hotels and tourists to buy wines made from Crete's seven native grape varieties, beyond supporting the local economy, there is another definite advantage in growing them: "Cretan varieties have better chances of surviving in high heat," explained Local Food Experts Secretary General Kostos Bouyouris. 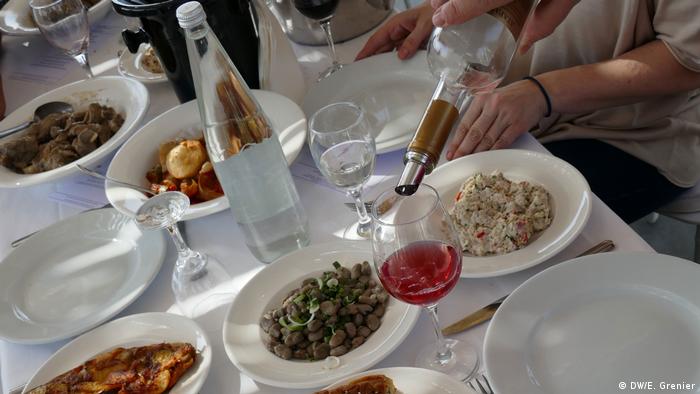 The local wines also pair especially well with the island's exceptional culinary specialties. Cretan mezzes are delightful small dishes offering a shared experience for all the guests around a table. One of theses appetizers is made of stuffed zucchini blossoms: a pure delicacy.

Another one, the dakos, appears deceptively simple but it is truly addictive: These oven-dried barley bread crisps are topped with ripe puréed tomatoes, crumbled Cretan mizithra cheese, and of course, a generous shot of olive oil. The juices seep into the crunchy bread, offering an experience you'll be ready to repeat anytime. 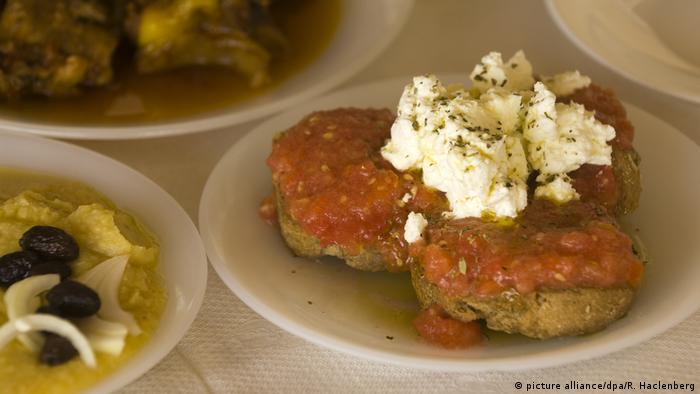 Add the right glass of local wine to that and you'll be somewhere near Crete's paradise.

How I came to appreciate German beach culture

Summer isn't summer without a trip to the seaside. And with Germany's rough weather patterns, DW's Courtney Tenz explains why her favorite seaside spot is inside the haven of a hardly translatable "Strandkorb." (24.07.2017)