A new museum has opened in Berlin with an exhibition on everyday life in East Germany. It's not the first of its kind - and that's cause for heated discussion in the once divided capital. 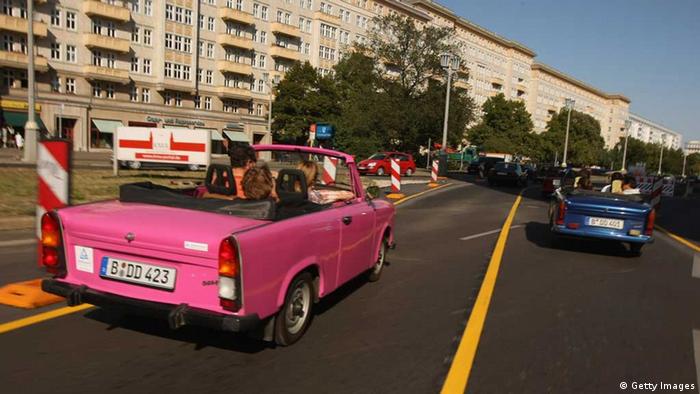 When Gerhard Müller lived in France for a number of years after World War II, he saw something there that would stick in his mind: a tent mounted on top of a car.

Later, Müller moved back to his home region, in what had then become communist East Germany (GDR), where he worked as a bus driver. In his spare time, he started experimenting with his own version of the French car tent, mounting it on the most common automobile in the country: a Trabant.

Müller and his wife managed to produce up to four tents per week, becoming entrepreneurs in a society where the private sector was not supposed to exist.

The car tent became extraordinarily popular among East Germans and was evidence that the dictatorship of the time had not completely squashed the country's creative spirit.

Control and be controlled Sleeping on top of a Trabant became popular in the GDR

One of Müller's tents is now on display in an exhibition at the newly opened Haus der Geschichte (House of History) in Berlin. The curators of the show "Everyday Life in the GDR" have selected the personal stories of individuals whose lives illustrate the tension between the efforts of the state to control the people and the people's wish to define their lives themselves.

In two rooms, visitors can flip through the letters of army conscript Eckhard Ulrich. His depictions of his dull everyday life in the East German military were not positive enough for the regime, so he was denied access to the university he'd already been accepted for.

Dissident Eckehard Maass, another of the protagonists, gave permission for the contents of his living room to be put on display. It was in that room that he regularly held meetings for politically critical literary discussions. Visitors are also invited to read the court files of a married couple who were sentenced to prison for attempting to flee East Germany.

A supportert of the communist regime - a member of the "Free German Youth" organization - is also represented, along with members of official sports clubs that were more than happy to follow the state's plan to organize citizens in groups and strengthen the collective sentiment. 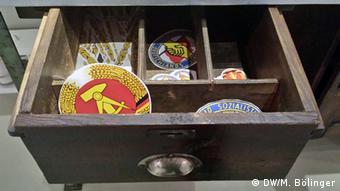 "We want to extract something universal from the individuals' stories," Annika Michalski from the Haus der Geschichte told DW.

One simple question flows through the entire exhibition: How do people in a dictatorship live out their individuality?

The Haus der Geschichte is a public foundation with headquarters in Bonn, Germany's former capital. Its new branch in Berlin launched last month with a topic that has circulated through pop culture in recent years, for example in films like "Good Bye, Lenin" (2003) and "Sonnenallee" (1999), which cast an ironic light on everyday life in East Germany. 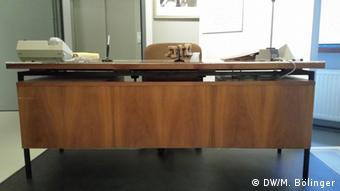 These days, cafés in Berlin's eastern districts exhibit artifacts from the communist era and tourists are encouraged to cruise through the city in refurbished Trabants. And Berlin already has an entire museum dedicated to GDR history, located on Alexanderplatz. Founded in 2006, it takes visitors through a typical East German kitchen, the office of a secret police agent, and the Volvo limousine of a top politician.

The director of the privately run GDR history museum has criticized the exhibition at the Haus der Geschichte for copying the idea. He's also accused them of distortion of competition, since his private museum is reliant on entrance fees while the state-run museum is subsidized and doesn't charge for entry.

The Haus der Geschichte has countered the plagiarism accusations. It's the foundation's duty to "take a critical stance concerning the representational heritage of the GDR," said Michalski. For that reason, the everyday objects are placed in the context of historical documentation and official propaganda, she added.

"We don't want to serve 'Ostalgie' or make value judgments," affirmed Michalski. "Ostalgie" refers to a nostalgic culture of remembering the communist regime "im Osten" ("in the East"), which tends to overlook its oppressive elements.

The jury is still out on whether or not the foundation has achieved its goal. Those who take a look at the newspaper critiques after the opening of the exhibition will find themselves in the middle of a renewed emotional debate on the proper way to deal with East German history, which is indeed an ongoing debate in Germany.

While the conservative newspaper Die Welt saw a "refreshingly new position" in the exhibition it called a "colorful 'Ostalgie' theme park," the left-leaning Berliner Zeitung criticized the Bonn-based museum founders for their "one-sided dictatorship bias."

Other publications praised the thorough documentation of the political context and were glad that there were "so many things to discover" which brought a "benefit" to the visitor who took a closer look.

Still others complained they felt like they were in a "jam-packed closet of stage props" that "at best indicated the subversion of individual lifestyles."

Nearly 25 years after the fall of the Berlin Wall, the exhibition shows above all that Germany's communist history is still a hot topic.

Doping in the GDR: 'Nothing remains of their success'

In a documentary film, Sandra Kaudelka profiles four former GDR athletes. DW spoke with Kaudelka about heroes from her childhood and the dark side of sports in socialism. (12.11.2013)

Germans still have 'walls in heads'

Twenty-three years after German reunification, eastern Germany has largely been modernized. But many Germans in both the east and the west still retain prejudices, and they don’t yet feel like one nation. (03.10.2013)

Few would have predicted a political future for Angela Merkel who, many think, has little charisma and few skills to make it in the media age. On Sunday, she is running for a third term as German chancellor. (20.09.2013)