German director Christian Petzold's latest work is adapted from a WWII novel – but the refugee story is set in a timeless context. The cinematic experiment brings the past into dialogue with the present. 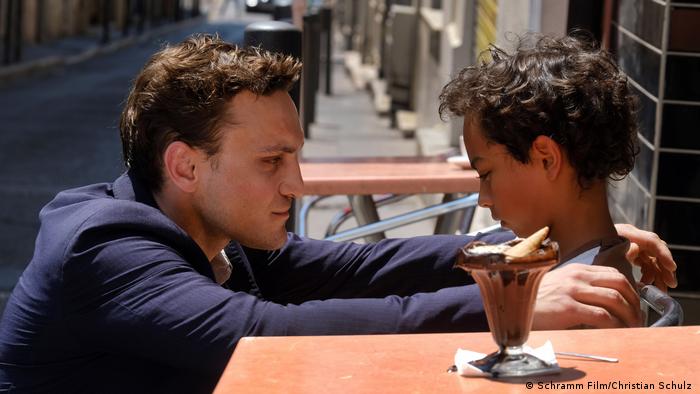 After German troops invaded Paris in 1940, German-Jewish author Anna Seghers fled the city to Marseille before leaving France one year later for Mexico. Autobiographical elements from this period informed her novel "Transit," written in exile in 1941.

German auteur Christian Petzold's latest film, one of the four German entries in the Berlinale competition, is an adaption of Seghers' book. He however gave an unusual twist to her narrative: While the opening scene of his film "Transit" is set in a café with timeless decor, the cars driving by in the background quickly reveal that the World War II story is set in present-day France.

Police officers are raiding Paris; the German troops are closing in on the French capital and Georg (Franz Rogowski) manages to flee to Marseille while many others are arrested.

Before his escape, he is handed the papers of a writer, Weidel, who has just committed suicide. Among the documents is a manuscript, letters from Weidel's estranged wife and another one from the Mexican Embassy, promising him a visa.

Georg takes on Weidel's identity and starts doing the paperwork to leave France. While he drifts around Marseille and collects transit visas like countless other refugees, he meets the dead author's wife, Marie (Paula Beer), and develops a friendship with a young boy, Driss (Lilien Batman), whose mother is from Maghreb in North Africa. They too are "illegal" in the country, but their case is a contemporary one.

Ghosts from the past visit the present

After his previous work, "Phoenix" (2014), a historical piece taking place in the aftermath of World War II, the German filmmaker — who won the Silver Bear for best director in 2012 with "Barbara" — didn't feel like making another period drama.

Not only do historical films require a lot more energy to produce; Petzold also felt strongly about the current state of politics.

"There are refugees all over the world and we live in a Europe of re-nationalization, so I didn't want to revert to the safe zone of historical filmmaking," said the director at a Berlinale press conference.

The filmmaker's approach is initially disorienting. The police doing the raids arrive in vans driven by the French police nowadays, yet nobody in the consulates use a smartphone or a computer. Marie's "impeccable handwriting" is impossible to decipher for a viewer who isn't familiar with traditional German longhand. Georg can simply fake his ancient-looking passport using a cutter and glue, as was possible back in the day. Meanwhile, the production designers carefully selected classic furniture that could be found in hotels or restaurants today or in 1940. Paula Beer, who plays Marie, won best actress at the 2016 Venice Film Festival for her role in François Ozon's "Frantz"

Read more: Everything you need to know about the 2018 Berlinale

This manipulated version of the present requires the viewer to suspend disbelief. But once these unusual conventions are accepted, the cinematographic experiment creates an eerie effect.

Stories from the past are detached from their historical context, making the characters feel like ghosts. This is indeed a recurring theme in Petzold's cinema – three of his early works, for instance, "The State I Am In" (2000), "Ghosts" (2005) and "Yella" (2007), came to be known as the "Ghosts Trilogy."

Petzold creates a passage through time, offering a temporal interpretation of the word "transit." Harbor city Marseille is not only a transit town but has turned into a timeless no man's land.

The shame of moving on

Apart from a few raid scenes, the film does not show much of the physical violence of war, focusing instead on the Kafkaesque limbo of the people aiming to leave France. Still having time before the German troops reach Marseille, the characters, when not waiting for papers at consulates, spend time drinking wine and eating pizza in public spaces. Despite this strange "normality," the psychological pressure of the situation is constant, and is manifested in some tragic scenes.

Along the way, people want to share their stories and refuse to be mere invisible faces in the crowd. Their fates offer another reminder that refugees are often considered solely in terms of numbers. 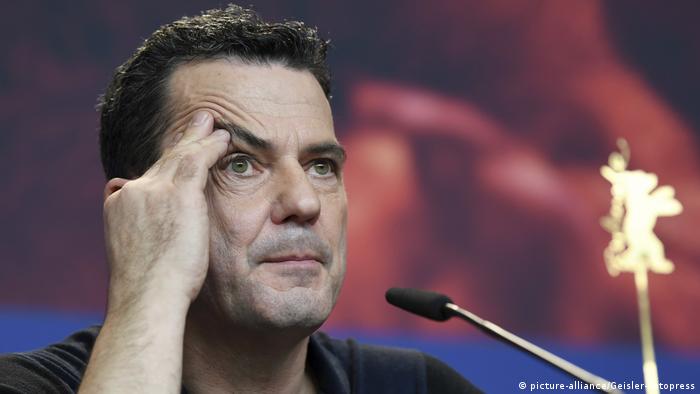 "Transit" is Christian Petzold's fourth film in the Berlin competition

"Transit" is also a psychological study of the hierarchy that develops among refugees themselves. While all are persecuted by the fascists (the term used in the film instead of "Nazis") and have to flee, some have easier access to a visa to leave the country while others have more money at their disposal.

In one scene, for instance, the residents of a Marseille hotel – all refugees in transit – shamefully watch as one woman is dragged away after a raid. A missing document proving that she can leave Marseille is the only thing that distinguishes her from them.

The issues the characters struggle with in the film of course resonate with those faced by so many people today. As a result of the ongoing migrant crisis, refugees stuck in an ongoing state of transit become anonymous figures without a life of their own.

"I always talk about the ghosts of the past," said Petzold. "But the present also seems like a ghost to me."

19 films, 10 days, 8 bears. The German director Tom Tykwer presides over the six-member jury that will decide who will be awarded the Golden and Silver Bears at this year's Berlinale. (16.02.2018)

Berlinale 2018 rolls out the red carpet

Amid statements of protest against sexual harrasment in the film industry, international screen stars have graced the red carpet for the Berlinale's opening film, Wes Anderson's "Isle of Dogs." (15.02.2018)