Attacks against homosexual and transgender people in the German capital are up compared with 2018 figures, according to latest figures. The city's police chief has warned of an "increased polarization of society." 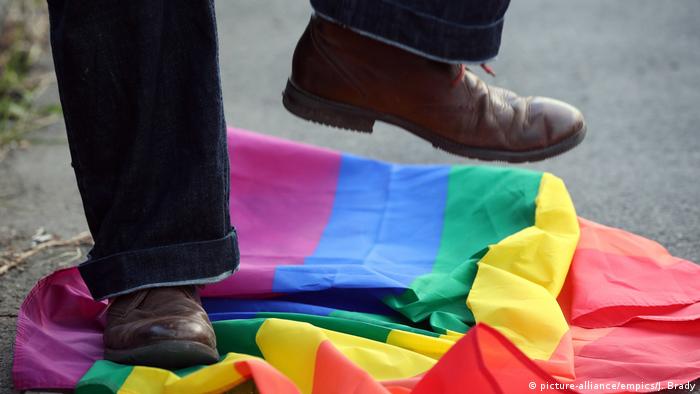 Berlin police on Monday reported a significant increase in attacks against gay men, lesbians and transgender people in 2019.

In the first nine months of 2019 there were 261 incidents compared with 184 in 2018. Recorded incidents included physical attacks as well as insults and threats.

Barbara Slowik, Berlin's police chief, warned of "an increasing polarization of society" and an increase in hate crimes in many areas, after she presented the figure at the event organized by the Berlin-based Alliance against Homophobia.

Most incidents happened in districts where homosexuality is highly visible — in the city center, as well as Friedrichshain-Kreuzberg, Neukölln and Schöneberg.

Award for promoting acceptance of homosexuality

During the event, the "Respect prize" for promoting acceptance of homosexuality was awarded to the Turkish Union in Berlin-Brandenburg.

Other groups nominated for the Respect prize were the Bode-Museum for an exhibition, an inclusive sports club for gays and lesbians and a youth center.

Berlin is widely renowned as a capital of queer culture, with many famous nightlife spots and neighborhoods specifically catering to a LGBT+ crowd.

As ethnic tensions grow in her country, June, a young African journalist, decides to fight the rise in hate speech. (20.11.2019)

A German mayor of a town near Dresden has resigned after receiving threats from far-right groups. The Social Democrat endured months of hounding after condemning a hate crime against a refugee. (22.11.2019)