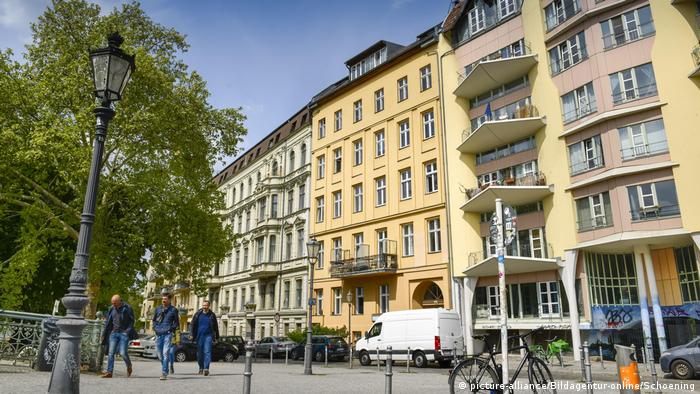 The controversial Berlin rent cap came into force on Sunday. The policy freezes rents on about 1.4 million homes for the next five years, at the rate that they were rented for on June 18, 2019 — the day that state Senate decided on the first key points of the measure.

The new law will "bring the rent level in Berlin back into balance," said Senator for Urban Development Katrin Lompscher.

"The government has the responsibility to ensure that people have a roof over their heads. Even though the law is likely to be subjected to judicial review, we are confident in its implementation."

Lompscher stressed that the rent cap alone is not enough. New, affordable housing must also be built, she said. "The next five years are going to be used to noticeably improve the housing market," she added.

In addition to the question of whether the rent cap is constitutional, critics of the law say it puts property-related jobs and income at risk, and question what the impact on the local housing economy will be.

The law excludes newly constructed buildings that were made ready for occupancy in 2014. From 2022 onwards, rents will not be allowed to exceed levels of inflation by more than 1.3 percent annually. In the event of violations of the Rental Cover Act, landlords will face up to a €500,000 ($542,000) fine.

The rent freeze was initiated after studies showed that Germans, and particularly families, have been fleeing urban centers for cheaper, more suburban areas.

"Above all, families are drawn to the surrounding areas," Nikola Sander, research director for migration and mobility at the Federal Institute for Population Research (BiB), told Welt am Sonntag newspaper.

According to 2018 data from BiB and the Federal Statistical Office (Destatis), the largest cities in Germany, Berlin, Munich and Hamburg, have lost large portions of their populations to surrounding areas.

The trend also applies to popular university cities such as Göttingen, Heidelberg and Münster. According to Sander, the trend has also started in eastern Germany and is "no longer a western phenomenon."