The city-state is buying back 6,000 former public housing apartments to fight skyrocketing rent. But parties on all sides are criticizing the price tag. 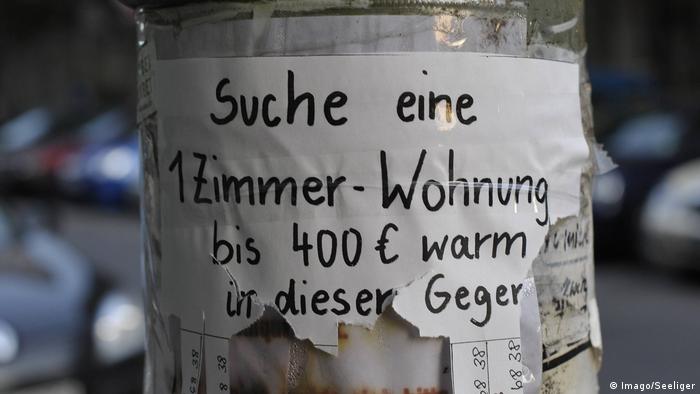 Berlin's state-owned housing company Gewobag announced late Thursday that it will buy back 6,000 apartments built as social housing in Berlin between the 1960s and the 1990s.

Government authorities sold the apartments in 2004 for €405 million. The buy-back from Luxembourg real estate company Ado Properties will cost Berlin €920 million (about $1 billion).

The deal is the largest property renationalization effort ever seen in Berlin. It would bring Gewobag's housing stock to "around 68,000 apartments and secure affordable living space for over 10,000 more renters," said Gewobag board member Markus Terboven, adding that the deal is "economically viable" for the organization.

Once a bastion of affordable living space, a fact that attracted many artists and students to the city, Berlin has seen rents double in the past decade.

Frustrated residents have suggested moves such as seizing back property from landlords.

In response, the city has made greater efforts recently to bring rent prices under control. In June the city government drafted a law that would freeze rents for 1.5 million Berlin apartments for five years starting in 2020. The law is still in development.

In July Berlin bought 670 apartments in the eastern half of the city after protests erupted when real estate giant Deutsche Wohnen tried to buy them. Renters feared the purchase would have led to higher rent prices and evictions.

Read more: Berlin could cap housing rents at under €8 per square meter

The Berlin Renters' Association praised the recent move, but criticized the original decision to privatize the apartments and the financial loss in the repurchase.

The far-right AfD party and the business-friendly FDP party also condemned the deal for its high price tag and the fact that no new living space was gained in the process. AfD politician Harald Laatsch called for more apartments to be built, rather than nationalized.

Mayor Müller said the city will continue to build more apartments and ensure that the residential rental price cap is legally compliant.

Berlin will take control of the apartments from December 1st this year.