Berlin could cap housing rents at under €8 per square meter

Berlin could cap residential rents at €7.97 per square meter, German media report, citing a draft law. The measure is still subject to discussions and could change, according to newspapers. 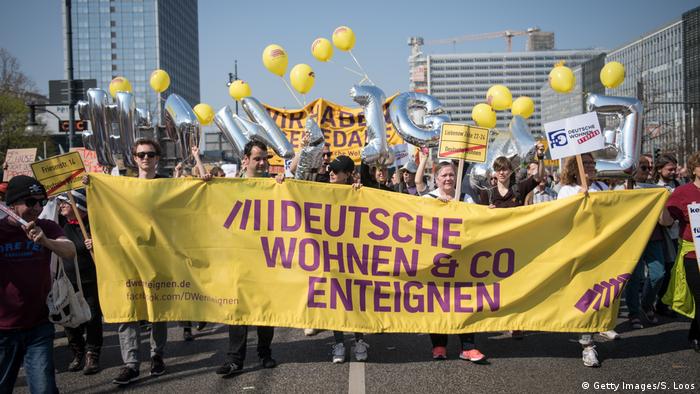 Berlin's urban development minister wants to cap monthly rents at €7.97 per square meter ($0.82 per square foot). Katrin Lompscher, of the Left Party, said the cap would apply to flats built through to 2013.

"Tenants could lower their rent by lodging an application with the district office," Lompscher's proposal reads, according to two newspapers that reported the plan on Sunday.

The proposal would cap base rents at €3.42 per square meter for many units. Rents in GDR-era prefab buildings would stop at €5.64; coveted pre-1918 structures could cost €6.03. Apartments built in the German Reunification period from 1991 to 2013 could cost the maximum of €7.97 per square meter.

The total would "cover charges for furniture and equipment," adding a layer of protection for residents currently forced to pay fees on top of the advertised rental sums. The proposal would exempt flats built beginning in 2014, and landlords who have renovated units within the past eight years could charge an additional 20%.

Lawmakers will vote by October 15. The measure could take effect in January.

The plan could hit large property concerns the hardest. With more than 115,000 flats in the German capital, Deutsche Wohnen has become Berlin's biggest landlord. Vonovia owns more than 42,000.

In his capacity as the SPD's national representative for small and medium-size businesses, banker Harald Christ called for Lompscher's resignation, telling Der Tagesspiegel that she had "failed miserably" and that, "miscast" in her role, she would "damage Berlin as a location for businesses." He called on Mayor Michael Müller to "stop this madness."

The average basic rent in Berlin is €6.72, cheaper than in Hamburg or Munich, but some landlords charge €16-18 per square meter. At the national level, the Left and Greens — opposition parties to the government led by Chancellor Angela Merkel's Christian Democrats and facilitated by the SPD — have recommended expropriating rental flats from companies that lease out more than 3,000 units. That has also proved popular with renters, who have also called for companies to be stripped of rental flats.