Last year, buyers paid a record-breaking sum for apartments, houses and plots of land in the German capital, according to a report. The most expensive apartment sold last year set its new owner back €8.2 million. 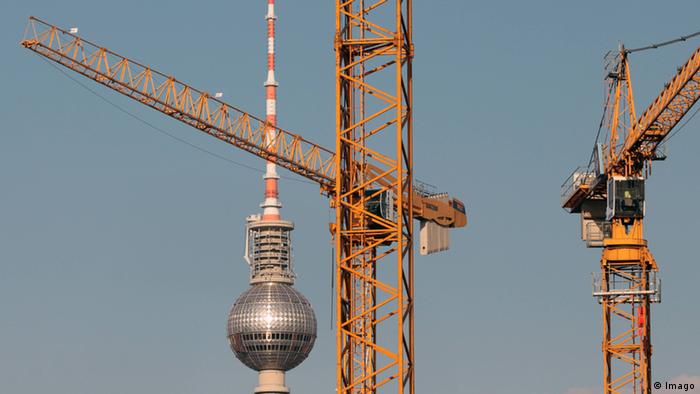 In 2017, buyers spent a record-breaking sum on Berlin real estate, although fewer and smaller apartments were sold, according to a report published on Monday.

The annual report from the appraisal board for real estate values in Berlin found that the growing population of the German capital as well as the rising number of singles seeking apartments has boosted demand in the real estate market.

Paying more for less space: The report also found that the average size of purchased apartments shrunk compared to previous years. The report attributed the shrinking size to ever-increasing property prices that push buyers to purchase more affordable and smaller apartments. Another reason is the rise of so-called "micro-apartments" — properties that are around 20 square meters and are often used as student apartments.

Soaring prices: The rising property prices in Berlin are a boon for vendors, but present a daunting and often insurmountable hurdle for would-be buyers and renters. Over the past few years, rents in the city have risen by 9.4 percent. Thousands of people protested against the skyrocketing housing costs in April.

Housing shortage: German Chancellor Angela Merkel has pledged to combat rental and property price hikes, saying her government has set aside €6 billion. The money will be used to boost social welfare housing projects, as well as to give grants to families who build or purchase a home.

In towns and cities across Germany, rental prices are climbing steadily and real estate is becoming a hot commodity for international investors. Sumi Somaskanda and Nina Haase took a look at the situation in Berlin. (21.07.2017)