German police have carried out a series of raids on 26 properties in the states of Berlin and Brandenburg in an attempt to bust an international ring of gunrunners. A simultaneous raid was also carried out in Amsterdam. 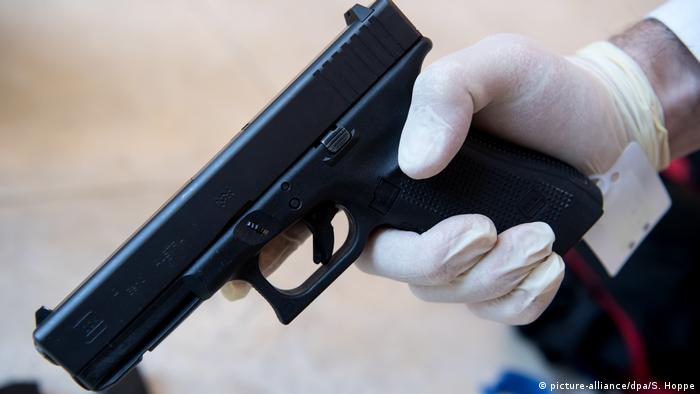 Some 300 police officers, including several specialist SEK units, were acting on 20 search warrants and four arrest warrants, according to a statement released Thursday. Among those arrested were a 57-year-old Russian suspected of importing weapons and a 56-year-old Turkish man suspected of trading in weapons.

Four handguns were impounded during the raids, which were part of a long-term investigation into the illegal international weapons trade. In particular, police were tracing the practice of refitting prop guns and small-caliber weapons used for shooting practice to take larger caliber bullets.

Police said they had reason to believe that at least 10 Glock handguns had been imported to Germany from Slovakia since 2017, refitted, and sold into the Berlin crime scene. Around 70 refitted guns have been confiscated during criminal investigations in Berlin in the past 18 months.

Benjamin Jendro, a spokesman for the German police union GdP, described the raids as a major success and said they indicated that organized crime in Germany was not confined to the so-called Arab clans.

"The case clearly shows that there are multicultural networks that operate across international borders and are responsible for serious crime in our city," he told Die Welt newspaper.

The Slovakian government did not comment on the current raids, though the country's Interior Ministry told the German dpa news agency that its National Criminal Agency was working "together with the German investigators within the framework of Europol."

Some experts have accused Slovakia and the Czech Republic of failing to tighten gun regulations that would prevent weapons from being reactivated. Investigators have found that many guns simply have metal rods inserted in their barrels, which can easily be removed.

Regulations in Europe were tightened in the wake of the Charlie Hebdo attacks in Paris in January 2015, when a reactivated Slovakian gun was reportedly used. The 18-year-old David Sonboly, who carried out a shooting spree in Munich in summer 2016 that left 10 people dead, also used a reactivated Glock weapon bought on the internet.

In October 2018, a man was put on trial in the German state of Rhineland-Palatinate for allegedly importing more than 100 machine guns and assault rifles from Slovakia.

SIPRI: US dwarfs rest of world in armaments production

US firms are by far at the top of the global arms trade, according to an expert report. Germany's largest defense company landed at 25th among the globe's top 100; Russia, Turkey and China are also boosting production. (10.12.2018)