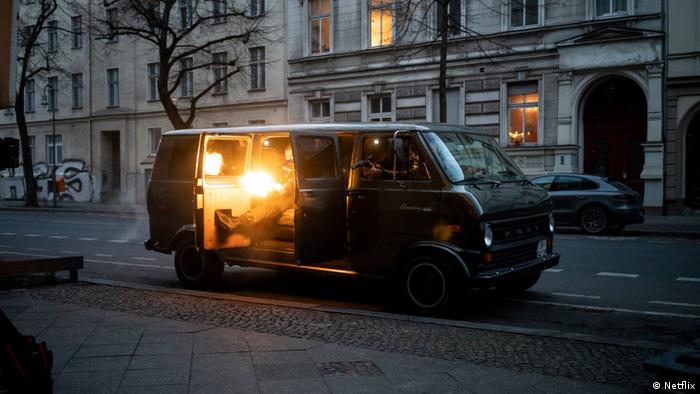 Only the second German-language TV series produced on Netflix's global streaming network after the hit supernatural thriller Dark (though historical detective drama Babylon Berlin also played on the service), Dogs of Berlin is a rollicking and often brutal drama series with a gangsta rap soundtrack that dives deep into the German capital's criminal underbelly — and its social heterogeneity.

Dogs of Berlin's labyrinthine plot revolves around two unconventional cops, Erol Birkan and Kurt Grimmer, who investigate the murder of German-Turkish football star Orkan Erdem. There's a long list of potential suspects: Neo-Nazis from the former East Berlin district of Marzahn; the Turkish family clan related to the victim; some crazy football fans; or the illegal sports betting mafia. A far-reaching conspiracy might even lead to the capital's highest political office.

To uncover the truth, the two very different investigators are reluctantly brought together for a mission that will reveal much about their own contradictory pasts.

Dogs of Berlin director and mastermind Christian Alvart describes Kurt Grimmer (Felix Kramer, who appeared in Netflix's Dark) as the "morally questionable policeman who used to be a neo-Nazi and escaped the scene."

By contrast, Erol Birkan (played by Fahri Yardım, best-known for his turn in Almanya: Welcome to Germany) is "a super liberal, Turkish, gay policeman, the upright hero so to speak, principled and with good character." 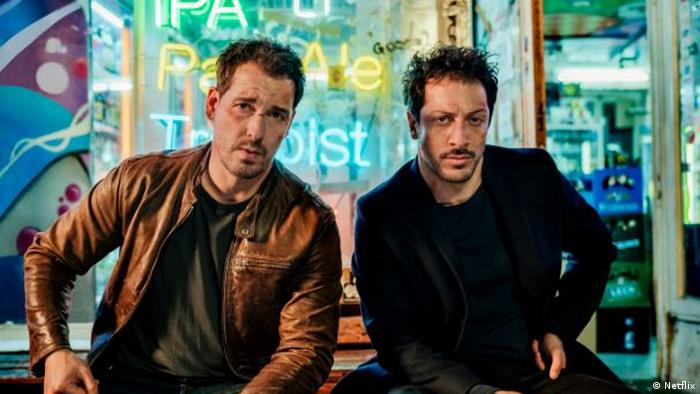 "These contradictions and gray areas are for me a central point of this series," said Alvert, who is also the series scriptwriter and originally conceived with the conflicted Kurt Grimmer character for a novel he was writing.

After Alvart directed the well-regarded 2005 thriller Antibodies and worked in Hollywood on several genre projects such as Pandorum with Dennis Quaid and Case 39 with Renée Zellweger, he returned to Germany and was concerned that his home country was missing out on the narrative TV series boom led by the likes of HBO and Netflix.

"I was simply convinced that we have to do something like this in this country," he said. 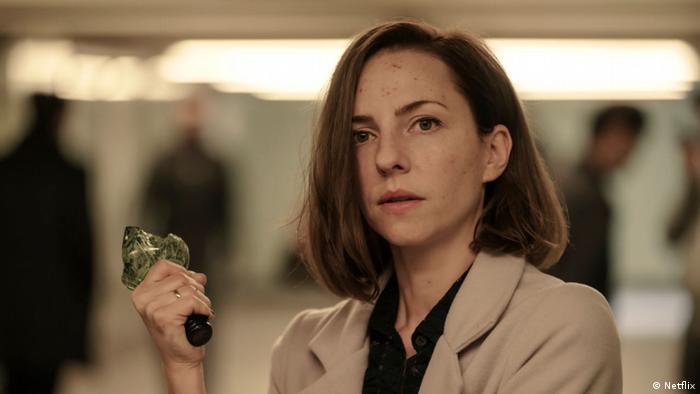 So while Dogs of Berlin was the first idea developed by Alvart and his Berlin-based production company, Syrreal Entertainment, he decided not to go down the conventional German TV route.

"There was quite a lot of interest, but the mills are known to grind a bit slower," says the director and screenwriter. Alvert instead contacted Erik Barmack from International Originals at Netflix.

As a result, his idea for an original German production is only the second to be produced by Netflix after Dark — though more are rumored to be in the works. 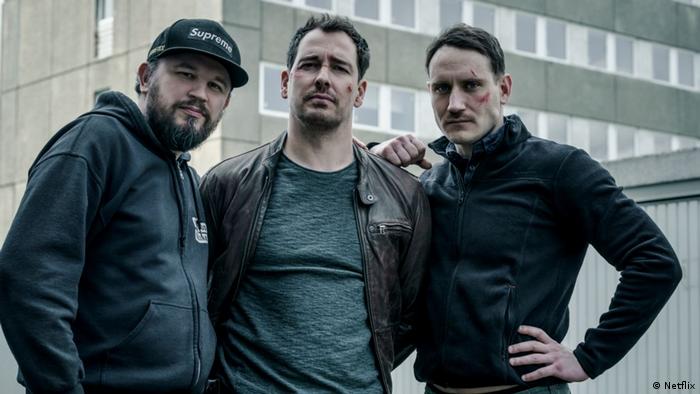 'Dogs of Berlin' begins streaming on Netflix in on December 7, 2018

"Dogs of Berlin tells a compelling and modern German story that dives into the Berlin underworld," said Erik Barmack. "We are thrilled that he will realize our second Netflix original that will be completely written, produced and shot in Germany."

Alvart believes that Netflix's innovative and open approach to the narrative series concept made the streaming service and producer the perfect partner.

"Quite unlike in conventional German television, [with Netflix] the more unusual the narrative style and the more personal the view of things, the better."

For Alvert, this means focusing on "the individual scripts of filmmakers who broaden and enrich Netflix's offering. I find that incredibly appealing — not to mention the global presence and reach you can have with it."

Berlin as a microcosm

Having lived in the German capital since 1996, Alvert has always wanted to make a series that embodied the city's manifold worlds.

"In Berlin you sooner or later realize that this is not just a city, but actually many very different cities in one," he said. "It has a massive impact on your life, whether you are born as Mahmud in Neukölln, Siegfried in Zehlendorf or Tom in Marzahn."

Dog of Berlin seeks to cross through these different Berlins, a city the director believes is a microcosm of the broader world. "The city is basically another main character in this series," said Alvert. 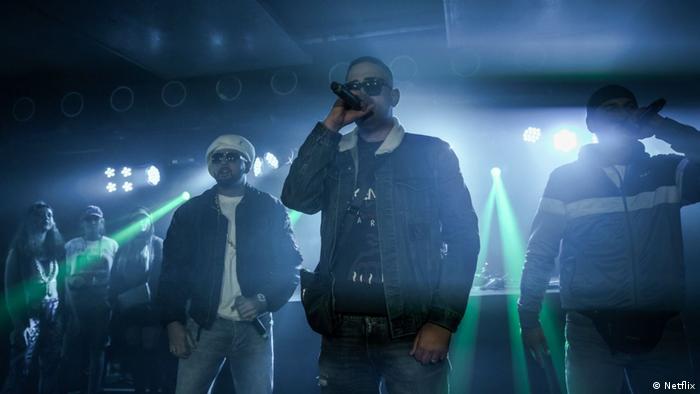 The series' gangsta soundtrack adds to the underworld atmosphere

In this spirit, Dogs of Berlin takes the viewer on a wild ride through Berlin's world of football and its dark underside, the sports betting scene; into illegal biker clubs; neo-Nazi terrorist cells in the former east; the bohemian vestiges of Prenzlauer Berg; the gangsta rap scene; the contrasting lives of middle-class German housewives and German-Lebanese mafia clans.

In doing so, the series also aims to ask some bigger questions. Can one escape from the environment into which one was born? Are we dogs or masters? By exploring the diverse milieus of the German capital where cultures and lifestyles constantly collide, the series, shot exclusively in Berlin and environs, inspires the viewer to find answers.

When Orson Welles died in 1985, his beloved film project, "The Other Side of the Wind," was doomed to never be completed. But decades after a cinematic legend began, the Netflix film will finally take its global bow. (02.11.2018)