Dubbed "the German answer to 'Stranger Things,'" Netflix's first original German-language series, "Dark," offers a daring and angst-ridden confirmation of a TV renaissance in the country.

Two children suddenly disappear from a small German town. Nobody knows why. Parents, relatives and friends are disbelieving. Soon the past of the parents of the disappeared, as well as friends, comes into play. The show flashes back. Family intrigues and conflicts come to the surface. What does the disappearance of children in the here and now have to do with the past? 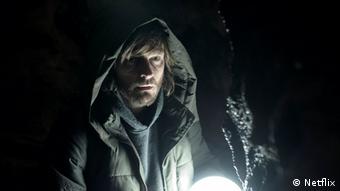 Netflix's 'Dark' is bringing German TV out of the woods

And so the much-anticipated "Dark," the first German-language "Netflix" series, begins to play out across its 10-episode first season.

"Dark" follows in the wake of several innovative German series that are finding an international audience, including the upcoming "Berlin Babylon" (also on Netflix), and "Deutschland 83."

Variation on a theme

"Dark's" eerie mystery plot echoes a host of TV series produced both in Germany and abroad. German audiences have just digested the eight-part series "Das Verschwinden" (The Disappearance), which, as the title suggests, also begins as a young girl vanishes from a small town. Here too, the girl's family and friends become enmeshed in the story as they try to solve the strange disappearance.

The formula also has some legendary forerunners on the American small screen. The 90s series "Twin Peaks" similarly began with the death of a young woman in forests in an isolated American town before relatives, acquaintances and friends become part of a kind of a surreal, supernatural mystery.

More recently, the 2016 US series "Stranger Things" begins with the disappearance of a teenager. And here again, a surreal terror begins to disrupt a small town idyll. No wonder "Dark" has already been compared to both "Twin Peaks" and "Stranger Things" — though husband and wife director Baran bo Odar and writer Jantje Friese told the New York Times that the show was written before "Stranger Things" aired, and that it's more associated with crime and sci-fi genres than horror. 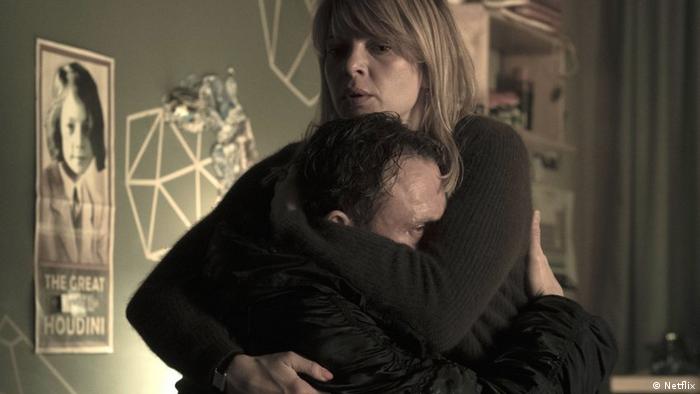 The strange, supernatural mystery touches all in the fictional small town of Winden, where 'Dark' is set

Finding its own voice

But if the Netflix's first original German-language production is struggling to live down comparisons — Indiewire typically called it "the German Answer to Stranger Things" — early reviews have hinted at its bold originality.

Indiewire itself wrote that there's "an incredible amount of energy coursing through the show … as it thrusts new characters and information into the fray."

More so, the fact that the bleak small town setting includes a nuclear reactor echoes the filmmaker's own youth, growing up in the midst of Chernobyl nuclear disaster in 1986.

As Odar told the New York Times: "It's a very German, or European, feeling that Americans don't get because they never had fallout like that," he said. "My mom told me, 'You can't play outside anymore, especially if it's raining, it will kill you'."

"Dark" is released worldwide on December 1.

The German comedy series "The Braun Family" about two neo-Nazis who suddenly have a young Black girl as roommate took home an International Emmy Monday night after the awards ceremony was held in New York. (21.11.2017)