The German comedy series "The Braun Family" about two neo-Nazis who suddenly have a young Black girl as roommate took home an International Emmy Monday night after the awards ceremony was held in New York. 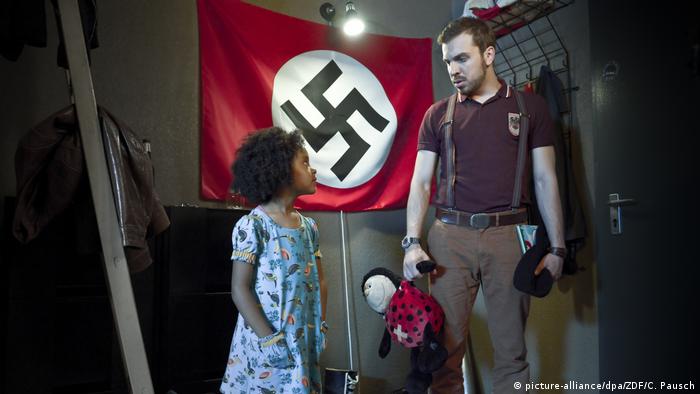 "The Braun Family," an unlikely hit comedy by the German public broadcaster ZDF, took home an International Emmy award for the best short form mini-series after the awards were presented on Monday evening in New York.

The series tells the unusual story of two neo-Nazis who are suddenly faced with the odd situation of having a new roommate: a six-year old black girl who is said to have been the result of a one-night stand that one of the men had years earlier. After her mother is deported to Eritrea, the child's father needs to find ways to cope with the new responsibility.

"One has to fight neo-Nazis wherever one can," the series producer, Beatrice Kramm, told the DPA news agency after the win. The series, she said, can reach more people with humor, though it faced the challenge of presenting complex characters in a series of five or six minute-long sketches.

"I'm especially excited that this miniseries has been recognized by such an internationally acclaimed body, as it so bravely and unconventionally takes on the subject of right-wing extremism," said ZDF Program Director Norbert Himmler after learning of the award. 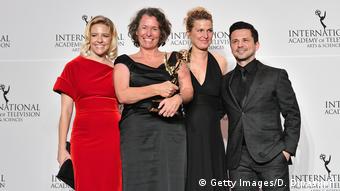 The team behind 'The Brown Family' series

"The Braun Family" was one of just two nominations from Germany in 2017. Actress Sonja Gerhardt was nominated for best actress for her role in the mini-series, "Ku-damm 56." The award, however, went to Anna Friel for her role as Sergeant Marcella Backland in the British series "Marcella."

"The International Emmys are like the World Cup of TV," the evening's host, Iranian-American actor Maz Jobrani joked. "(L)ike the World Cup, a lot of Americans don't know it's happening."

Werner Herzog is the adventurer of German cinema, known for his unforgettable films with actor Klaus Kinski. His career has moved effortlessly between documentaries and major features, and his latest may snag an Emmy. (04.09.2017)

A key year in the Cold War: 'Deutschland 83'

First shown in the US, the German TV series "Deutschland 83" deals with the role played by Germany during the Cold War - and the personal story of a young spy. It has now been named best drama by the International Emmys. (22.11.2016)