Berlin police chief forced out after years of scandal

Since Klaus Kandt took the job in 2012, there have been accusations of negligence and cover-ups. Kandt maintains that there were only minor mishaps and that the Berlin police are role models around the world. 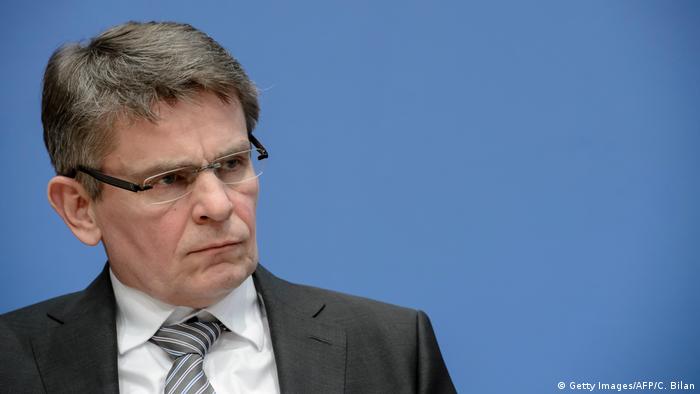 Berlin Chief of Police Klaus Kandt and his deputy were forced to step down on Monday following months of hefty criticism. Kandt and his office have repeatedly come under fire for scandals ranging from abuses at the police academy to mishandling the investigation into the 2016 attack on a Christmas market in the city.

The 57-year-old chief had been in the post since 2012. According to a statement from Berlin's Interior Senator Andreas Geisel, Kandt lacked the requisite trust from the government to continue leading the Berlin police department's 22,000 personnel.

Both Kandt and his deputy, Margarete Koppers, have multiple charges pending against them for the state of the department's shooting ranges — they have been accused of knowing the dilapidated facilities posed a health risk and doing nothing about it. Koppers is being transferred into a different role.

Over the past few years, Berlin's police academy has been the subject of a series of negative headlines. Trainee officers selling stolen goods from the back of patrol cars, selling drugs, and producing pornographic videos on police property are just some of the scandals that have happened during Kandt's tenure.

In March 2017, the Berlin police faced the ire of the city's inhabitants, particularly Turkish-Germans, when it came to light that the force had circulated a list of suspicious persons wanted by the Turkish intelligence service. The names of at least 25 Berliners were on the list, causing residents to cry foul that the city's police department was aiding an authoritarian regime bent on rooting out dissent.

There is also the matter of heavy partying by Berlin police officers. At the G20 summit last summer, a group of Berlin officers who had gone to assist their colleagues in Hamburg were sent home before the event even began after reports of debauched behavior in a small town outside of the city. They were later cleared of wrongdoing, but the incident was embarrassing for the department nevertheless.

Perhaps the most sinister blemish on Kandt's record, however, is the Berlin attack. In December 2016, Tunisian national Anis Amri rammed a truck into a Christmas market in the center of the city, killing 12 people and injuring 56.

During the investigation into the incident, it emerged that someone had manipulated Amri's files to decrease the burden of blame on the police, who, it turned out, knew Amri might be dangerous.

Despite all this, Kandt told Germany's Die Welt newspaper on Monday that "my agency is in good shape."

He will be temporarily replaced by Michael Krömer, police chief for the city's Friedrichshain-Kreuzberg and Neukölln districts, until a permanent director is appointed in April.

In an emotional farewell letter, Kandt and his deputy, Koppers, said that "criticism is seldom based on facts and rather on moods," before noting the Berlin police's place as a role model for the rest of Europe.

Almost a year after Anis Amri drove a truck into a Berlin Christmas market, startling police "failures" in the case have come to light. An investigator said he could not fathom why the killer was not under surveillance. (12.10.2017)

Up to six months before Amri killed 12 people, police allegedly had enough evidence to jail him for dealing drugs. Now it seems they tried to cover up their knowledge of his extensive criminality. (17.05.2017)